Epic Games has finally published a statement explaining why it added the controversial BRUTE mech suit to its battle royale game and why it remains available despite complaints from players. Fortnite, the company said in a statement today, was designed ‘to bring players of all skill levels together to have a fun experience where anyone can win.’ The BRUTE mech suit helps achieve that goal by enabling lower skill players to get more eliminations.

The BRUTE mech suit was introduced in Fortnite with its Season X update on August 1. The vehicle was a hot commodity that soon caused an uproar from many players — including streamers — who believe it is overpowered. The person who wields the vehicle has access to both a firearm and rockets and can largely destroy anyone in their path.

The problem isn’t with the vehicle itself, but rather the degree to which it is overpowered — someone who isn’t in the suit has almost no fighting change against it due to its high level of health and multiple methods for killing opponents. 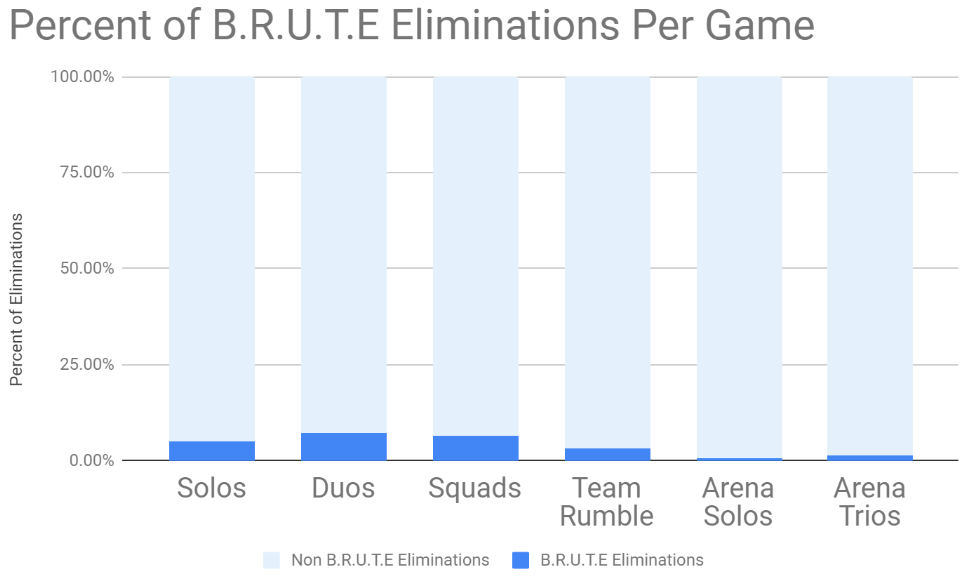 Epic addressed some of these concerns in its recent v10.10 update, but it wasn’t enough, according to some players. In addition to adding a laser and other alerts to make it easier to see where the robot is going to attack, Epic adjusted the spawn rate in competitive gameplay and made some other minor adjustments.

In addition to giving all players a chance at winning, Epic said Fortnite should provide ‘spectacle and entertainment,’ something the BRUTE suit is intended to offer. The company explains:

The B.R.U.T.E. was added at the start of Season X with this mission in mind. Since then, we have seen players who had previously struggled with getting eliminations acquiring more, while the number of eliminations earned by more experienced players remained steady. B.R.U.T.E. encounters should feel like a unique engagement and not be the dominant experience during a game. We made adjustments to the B.R.U.T.E within Arena, in line with that goal.