Entry-level Lumia 550 could have an iris scanner

Lumia smartphones are like Samsung smartphones. They are a dime a dozen, covering a wide range of hardware specs and prices. While the mobile worlds still awaits the promised high-end Windows 10 Mobile devices that will be the Surface of smartphones, another upcoming Lumia smartphone has unofficially broken cover. The Lumia 550 expected due next year might not be the fanciest handset around, nor would it be the most powerful, but it might have a secret function hidden in a corner that could potentially make this budget device worth noting.

The Lumia 550 will pretty much be a low end smartphone. You can probably tell by looking at the rumored specs, which include the low power, energy efficient 1.2 GHz quad-core Snapdragon 810. The 4.7-inch, some say 5-inch, screen at least boasts of a 1280×720 HD resolution. There’s 8 GB of storage and an unspecified amount of RAM.

The leaked set of photos show the Lumia 550 in four possible color choices of Bright Red, Bright Blue, Black, and White. We can only see the front of the device as well as the outline of the rear cover but even just from that vantage point we can already presume how it will look like the rest of the way. Which is to say, just like any other polycarbonate low to mid range Lumia in the market today. 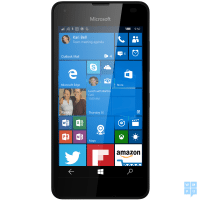 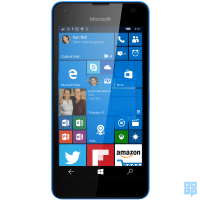 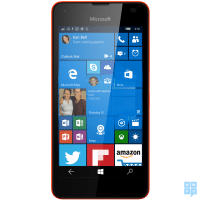 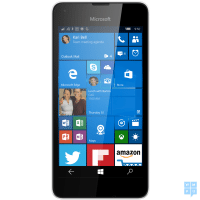 What could make the smartphone even remotely interesting, provided the leaks are true, is what could be hidden in that front face. A front-facing flash isn’t unheard of these days but they are still quite rare, especially with budget smartphones. But one train of rumors would also have us believe that the top right corner is home not to a camera flash but to an iris scanner. Such a sensor is a crucial part of Microsof’s new biometrics-based security feature, Windows Hello. If Microsoft did manage to avail of iris scanning hardware cheap enough to slap onto an entry-level smartphone like the Lumia 550, it could corner such a niche market.

The Lumia 550 is said to come out early next year, though it might also make an appearance in Microsoft’s October event first.