A new iteration of the Gboard Beta app for Android – made by Google – appeared today with a new concept in the emoji universe. They look like emoji images, but they’re stickers. Because they’re not emoji, they don’t need to be cross-compatible to appear – because they’re stickers, everyone who can see images in any app can see these new emoji stickers sent via chat. That includes chatrooms and messaging apps the same!

Google’s system allows the Google keyboard to access the Emoji Kitchen. With this system, the user may tap on any smokey emoji and a variety of different iterations of that emoji will appear. These different iterations were designed by Google, or as Google says, “specifically handcrafted by the designers at Google.”

Google called this system the Emoji Kitchen because it works with “recipes” of expressions behind the scenes. When a single emoji is selected, the user doesn’t just get the different color versions of the same emoji, they get smart suggestions. This includes iterations of the single emoji as well as combinations of two or more emoji – like heart plus poop, which creates happy heart poop. 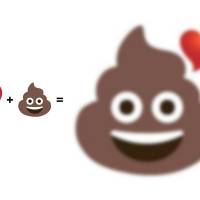 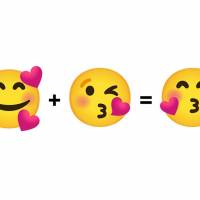 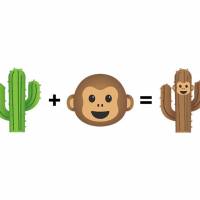 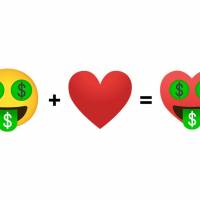 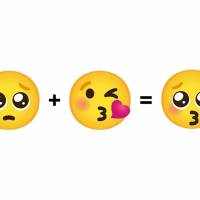 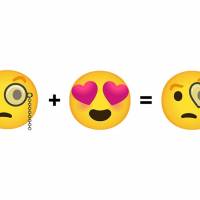 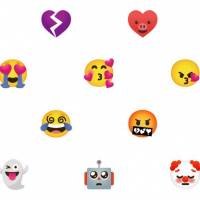 Sad worried face plus kiss heart wink makes an emoji that’s all of the above – minus the wink. Money face plus heart makes money eyes and happy face with money tongue on a heart – neat! This same sort of thing happened in a movie one time – not that anyone actually saw said film. It was called… the Emoji Movie. It’s a nightmare of a movie, and not worth a view – but the moral of the story is that one emoji is not enough to describe how one person feels at one time, so they smash a bunch together. Just like what’s happening here, right?

To user Emoji Kitchen, users will need to join the Gboard beta system. Oddly, Google’s release on the subject links to the Latin version of the test board – but take a stab at it! Once you’ve got the Beta version of Gboard on your device, you’ll be able to roll on any app that includes sticker-from-keyboard functionality. Google suggests Gmail, Messages by Google, Messenger (Facebook), Snapchat, WhatsApp, and Telegram.