The Unicode Consortium has announced the finalized lineup of emoji for Emoji 13.1, adding a total of seven new images, as well as a huge number of skin tone variants for couples. These new emoji have been listed in the ‘Emoji Recently Added v13.1‘ release on the Unicode website where anyone can browse the additions and their related keywords.

The emoji version 13.1 release will include a total of 217 new emoji sequences, according to the Unicode Consortium, which detailed the finalized lineup in a blog post on Friday. The seven entirely new emoji (above) include a face with spiral eyes, a woman and person with a beard, a ‘mending heart’ emoji wrapped in bandages, a heart on fire, a face in the clouds, and a face that is exhaling.

The new emoji were displayed alongside basic illustrations of what each emoji may look like, though — as always — the emoji designs will vary based on which platform is being used. Apple users, for example, may see a different design than Microsoft users, and Android users may see different icons than iOS users. In some cases, these design differences have been drastic enough to completely change the perceived meaning of the emoji. 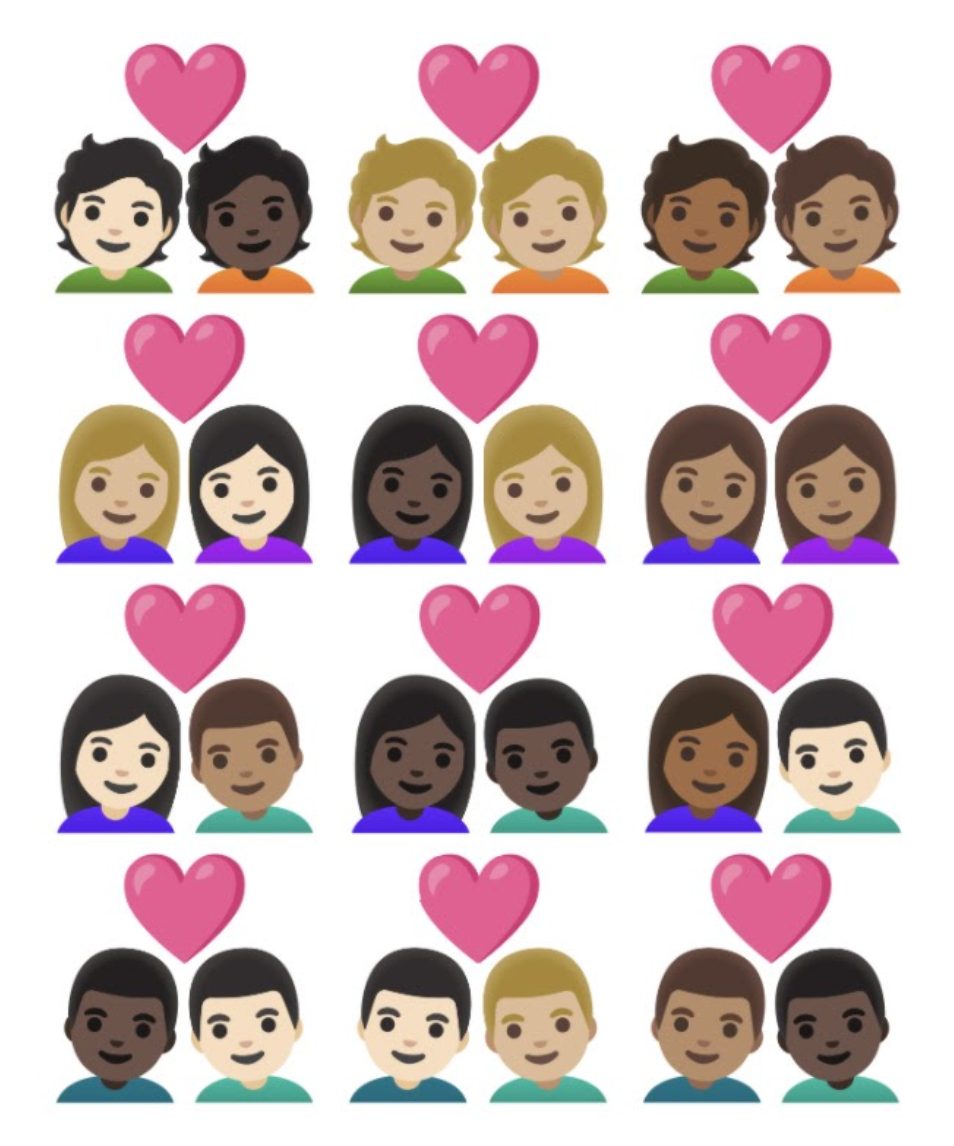 Meanwhile, the new emoji will be joined by skin tone variants of some existing emoji, including ones of couples kissing. These are separated from more generic ‘multi-person grouping’ emoji by the inclusion of a big heart above the couple. These new version 13.1 emoji will be released next year.

The Unicode Consortium refers to this as a ‘minor release’ that was intended to add some new emoji ahead of 2022. With the final lineup presented, users can expect to see the new additions arrive on their favorite platforms over the next several months.