Elgato is wading into the smart home space, launching a new wireless lightbulb and teasing an iOS 8 HomeKit compatible range of sensors dubbed Elgato Eve for launch later this year. Elgato Avea hooks up via Bluetooth Smart, thus requiring no hub unlike Philips’ popular hue system, and is controlled via an iPhone and iPad app with various preset color scenes.

Seven of those scenes are preloaded, or users will be able to adjust the bulbs to their choice of colors instead. There’s also a wake-up feature, which gradually increases the lighting to simulate a sunrise and, so Elgato claims, make for a more relaxing morning. 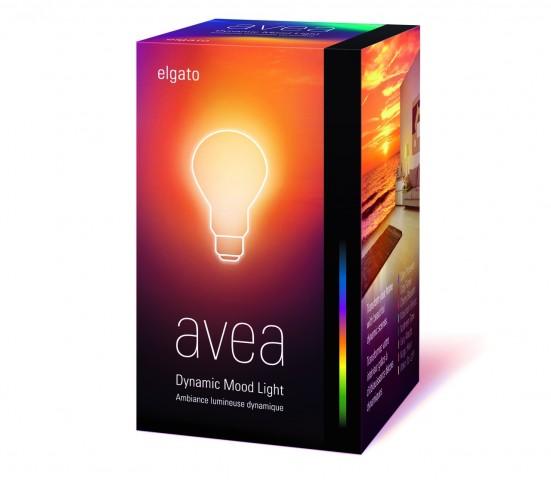 Each bulb only requires a link to the iPhone or iPad when setting up or changing the lights, and after that point disconnects. Multiple bulbs can also be incorporated into the same scene.

Screwing into a regular E27/E26 fitting, Avea uses 7W and has 430 lumen brightness, which is a little lower than hue’s color-changing bulbs. It matches hue’s 25,000 hour estimated lifespan, however.

As for Eve, that’s not expected to launch until later in the year, when Apple releases HomeKit. Described as a home monitoring system, it eschews the usual security focus of similar automation packages in favor of environmental quality. 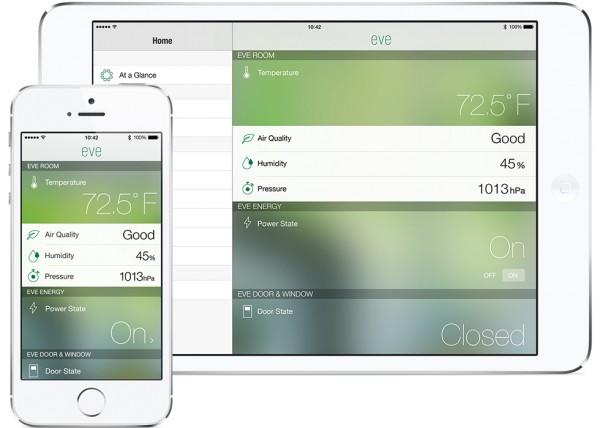 So, there’ll be sensors for air quality, temperature, humidity, air pressure, energy, and water consumption, all feeding into the Eve app for iOS.

Each sensor will, like Avea, use Bluetooth Smart to connect, and Elgato suggests that the data gathered will help owners to reduce energy bills, make their homes more comfortable, and avoid unforeseen health issues from air pollution.

Avea bulbs are available now, priced at $49.95 apiece. Meanwhile, Eve sensors will be priced up later in the year, closer to launch, while the app will be a free download.