Electric cars, or even just hybrids, are all the rage these days, especially considering all the pressure on car makers to be more eco-friendly. Some, however, consider electric engines a poor fit for a certain brand of cars. One of those is Ferrari, whose CEO considered it unnerving how the Tesla Model S is so eerily quiet. So what are electric car and Ferrari fans to do? Why, make their own, of course. Risking being burned at the stake, that is exactly what Electric GT did when it converted a burned up Ferrari 308 GTS into the world’s first, but unofficial, all-electric Ferrari.

Yes, burned up, used up Ferrari. That was probably the only way they’d even be implicitly allowed to mutate a Ferrari into such an abomination. This particular car suffered a fuel leak that burned the engine and much of its wiring. No problem for Electric GT, as they weren’t really interested in the engine anyway.

The team yanked out the V8 engine and replaced it instead with three electric motors. That’s how many are practically needed to match the diesel engine’s power. Together, they produce 275 of electric hp and 330 lb-ft of torque. That much power requires a lot of electricity, which is provided by 48 lithium ion cells, with a combined total of 28.5 kWh. 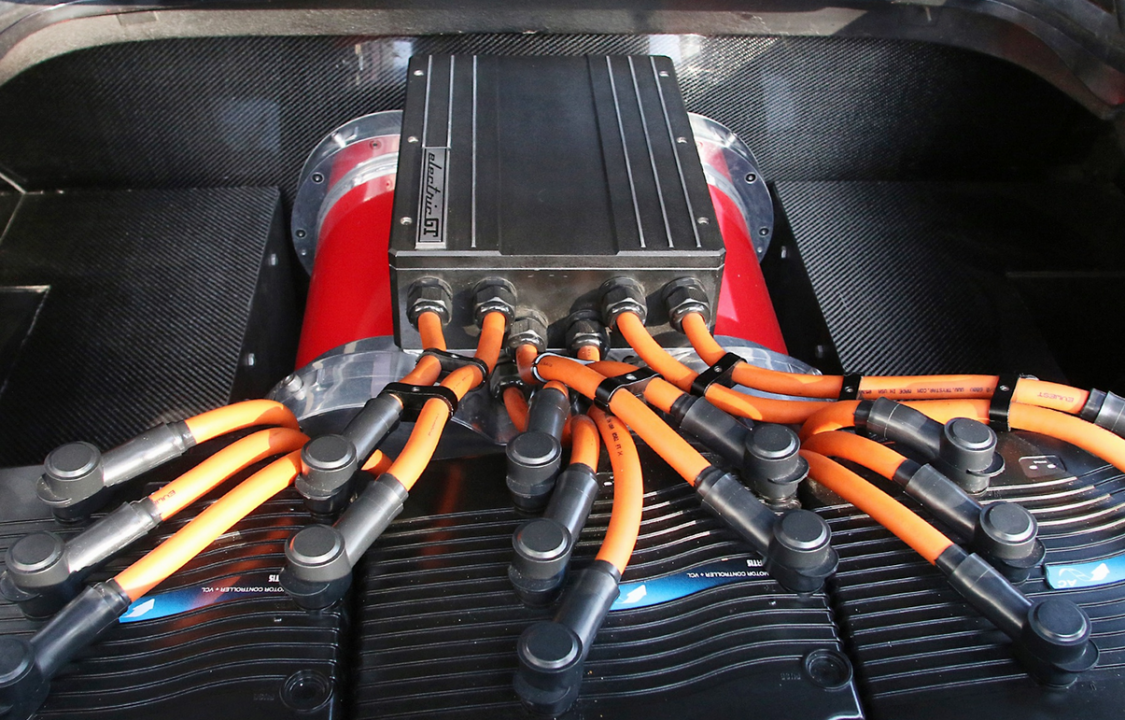 All of that adds 100 lbs more to the whole contraption compared to a normal Ferrari 308 GTS, about 3,350 lbs in total. And for all that work, the Electric Ferrari can only travel 80 to 100 miles on a single full charge. Not that much, of course, but what Ferrari can boast of a fully electric engine anyway?

The whole fun, hopefully for Electric GT, does prove Ferrari’s point. Externally, especially after a well needed paint and repair job, the fully electric Ferrari doesn’t look any different from its diesel siblings. Once the engine starts however and the car hits the road, the only noise you’ll hear will be from the gravel and dust the Ferrari kicks up and not from the engine itself. For some more eco-conscious owners and makers, that might be a worthwhile tradeoff. For others, that’s blasphemy.