Many people have no idea what was cooking up in Apple’s labs when the company was working on the iPhone, but a prototype from 2005 has appeared, and it features a roughly 8.6-inch display with a separate motherboard consisting of USB ports, ethernet, and even a serial port. It was the basis of what iOS devices came to be a couple years later.

Ars Technica ended up getting an exclusive look at the old prototype, and it essentially looks like a miniature table. Of course, the late Steve Jobs actually thought of the iPad first before the iPhone, so this actually could be an iPad prototype that was used to eventually make the iPhone that released two years later. 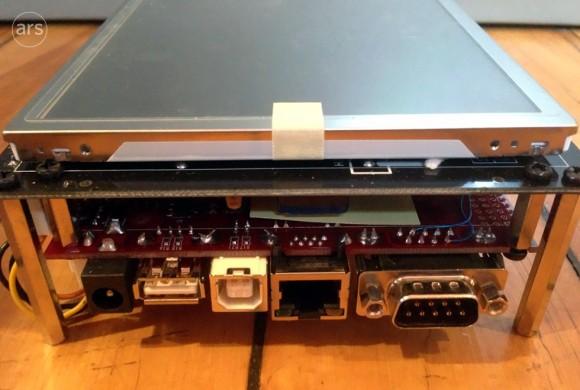 The photos come from a former Apple employee who says that “at that early date no one knew what [the final device] would be.” The prototype is roughly two-inches thick, so you definitely wouldn’t be able to slide it in your pocket or bag with ease, but the former Apple employee says that it was “really impressive seeing basically a version of OS X running on it,” during that time.