The Centers for Disease Control and Prevention has announced the likely source of a multi-state E. coli outbreak: beef. The agency says that preliminary interviews with infected individuals revealed that ground beef is a common factor between them — some consumed the food while at home, while others likely picked up the infection from restaurant meals. A common source of the contaminated ground beef hasn’t been found yet.

Earlier this week, the CDC issued an update on its E. coli warning, revealing that the outbreak had infected nearly one-hundred people across five states: Ohio, Kentucky, Virginia, Tennessee, and Georgia. Fortunately, there haven’t been any deaths or serious complications reported in association with this particular outbreak. 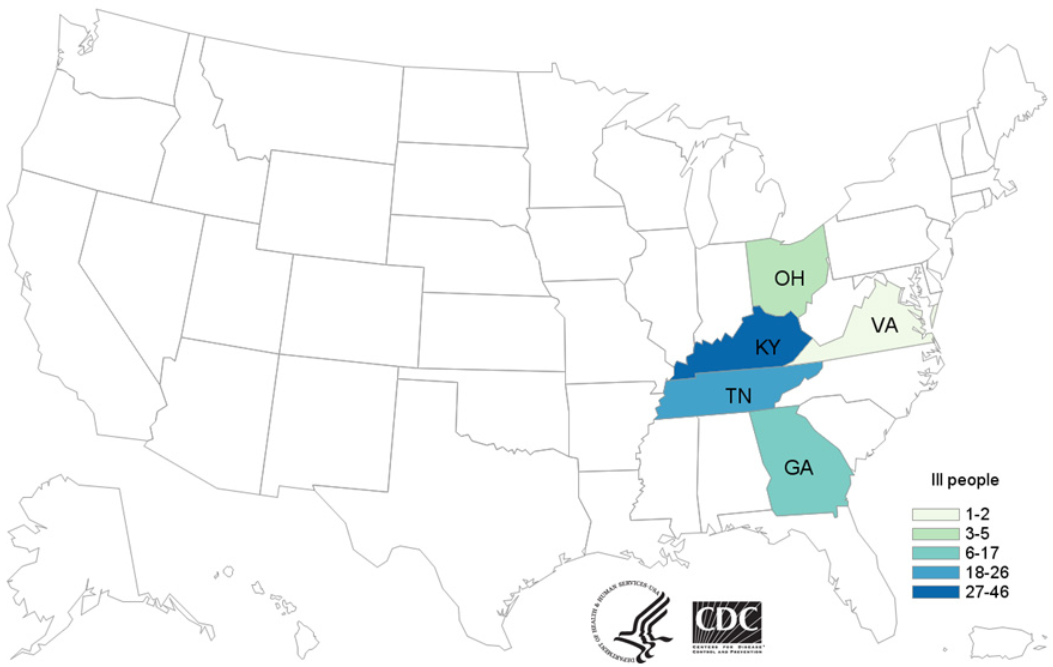 In its most recent statement on the outbreak, the CDC reported that another 13 people have contracted the illness since its update issued on April 9. The number of people impacted by the outbreak now totals 109. The CDC says officials in Georgia and Kentucky had alerted it to the strain.

As of the most recent update, this is the third largest E. coli outbreak in the United States in the last two decades. Because investigators haven’t yet pinpointed a precise supplier behind the contaminated beef, the CDC says it is not recommending that the public stop eating beef; it remains available to purchase in grocery stores.

Rather, consumers and restaurants are encouraged to make sure ground beef is thoroughly cooked and that appropriate sanitation and handling takes place. Ground beef should be heated to an internal temperature of at least 160F; any surface, as well as hands, that touch raw beef should be washed with soap. In addition, raw meat should be stored away from other food products that aren’t cooked, such as fruit.