Our pockets, bags and purses are laden with electronic gadgets, each demanding their time at the mains power teat. Smartphones, PMPs, ereaders, sat-nav units, Bluetooth headsets, portable games consoles… get your recharge schedule wrong, and your days are punctuated with the staccato chiming of a dozen devices each frantically signaling their imminent demise. Into the breach wades Duracell, with the bluntly titled 5 Hour Mobile Phone and MP3 Portable USB Charger. The promise is an extra jolt of runtime while you’re on the move; as for whether it delivers, check out the full SlashGear review.

Batteries are seldom aesthetically pleasing, and Duracell has opted for subtle rather than trying to make its portable rechargeable stand out. A black 4.0 x 2.25 x 0.75 inch box, Duracell offers a number of different wall plug adapters (such as UK and European plugs) that snap onto the back but can be removed – and the port covered with a blanking plate – for easier transportation. Of course, if you leave the plug section at home, you can’t then rejuice the charger itself later on. 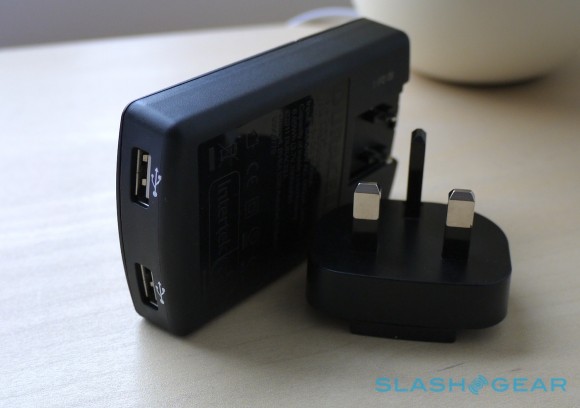 On the front there’s a battery-shaped button with three green LEDs, showing charge status. Press it, and they briefly show how much power is left. Along the edge are two USB ports, allowing the Duracell to power two devices simultaneously. High-current USB devices – over 1A, Duracell says – should only be used one at a time. 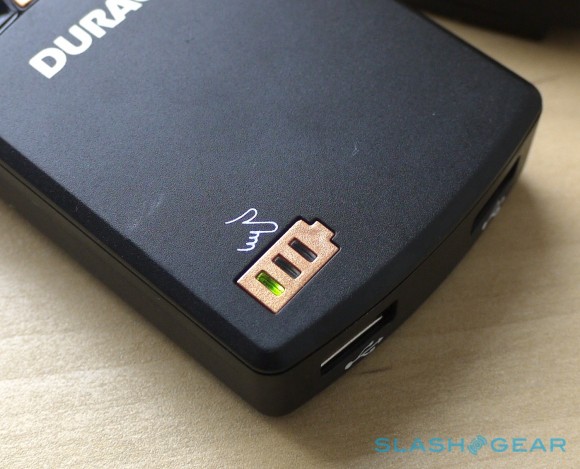 Inside there’s a 1,800 mAh lithium-ion battery good, Duracell reckons, for another five hours of talktime on your smartphone. A full recharge of the portable charger itself took us less than two hours.

The Duracell’s usefulness depends greatly on what sort of gadgets you want to use it with. We were able to partly recharge a Galaxy Nexus – the HSPA+ model with a 1,750 mAh battery – to 70-80 percent, certainly enough to take us through into the following day if used for the overnight charge. 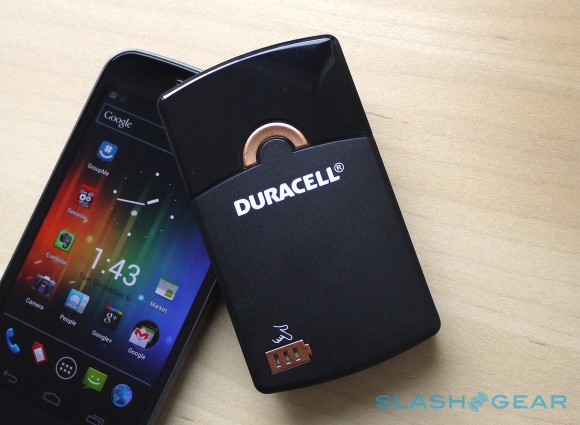 However, a more demanding device, such as a tablet, presents more of a challenge. We plugged in an iPad and the Duracell managed to get the slate to 11-percent before it ceased recharging. It’s worth noting that the portable charger itself still had some juice left at that point – we topped off the Galaxy Nexus by 12-percent before the Duracell was actually flat – simply not enough to make any difference to the iPad.

With a £39.99 including tax RRP ($63) in the UK, the Duracell 5 Hour Portable Charger is a tough sell. Thanks to a street price closer to £25 ($39) it’s a more realistic accessory, and could be a good stocking-filler for the gadget hound in your home or office this holiday season. 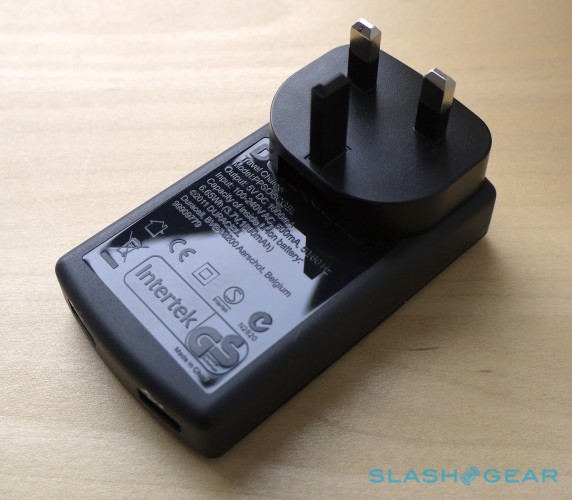 Of course, Duracell isn’t the first to offer a portable charger, and it’s worth noting that other manufacturers offer bigger batteries – some as much as 7,000 mAh – for a similar price. The compromise is generally on physical size: the bigger the battery, the bigger the device you’ll have to accommodate.

Smartphone owners frustrated by underwhelming talktime will likely find plenty of affordable appeal in the Duracell. Those with a broader range of gadgets, like power-hungry tablets, should probably opt for a bigger model or simply taking the AC adapter with them.