Google’s Project Jacquard may be investigating the intersection of technology and fashion, but they are more focused on the embedding electronics into textile. Designers and engineers from MIT and Microsoft Research, however, are taking fusion the idea to the extreme. Calling it DuoSkin, the research makes use of gold metal leaf not just as a conduit but also as a fashion statement, allowing wearers to control and communicated with devices, even display some information, using temporary tattoos that are both functional and beautiful as well.

The say that the best tools are the ones that you always have on you. And when it comes to something you always “wear”, nothing beats your own skin. Of course, we aren’t cyborgs (yet), so we can settle for the next best thing: temporary tattoos that not only stick to your skin but are also stylish as well. If your style actually involves wearing gold and silver tattoos. 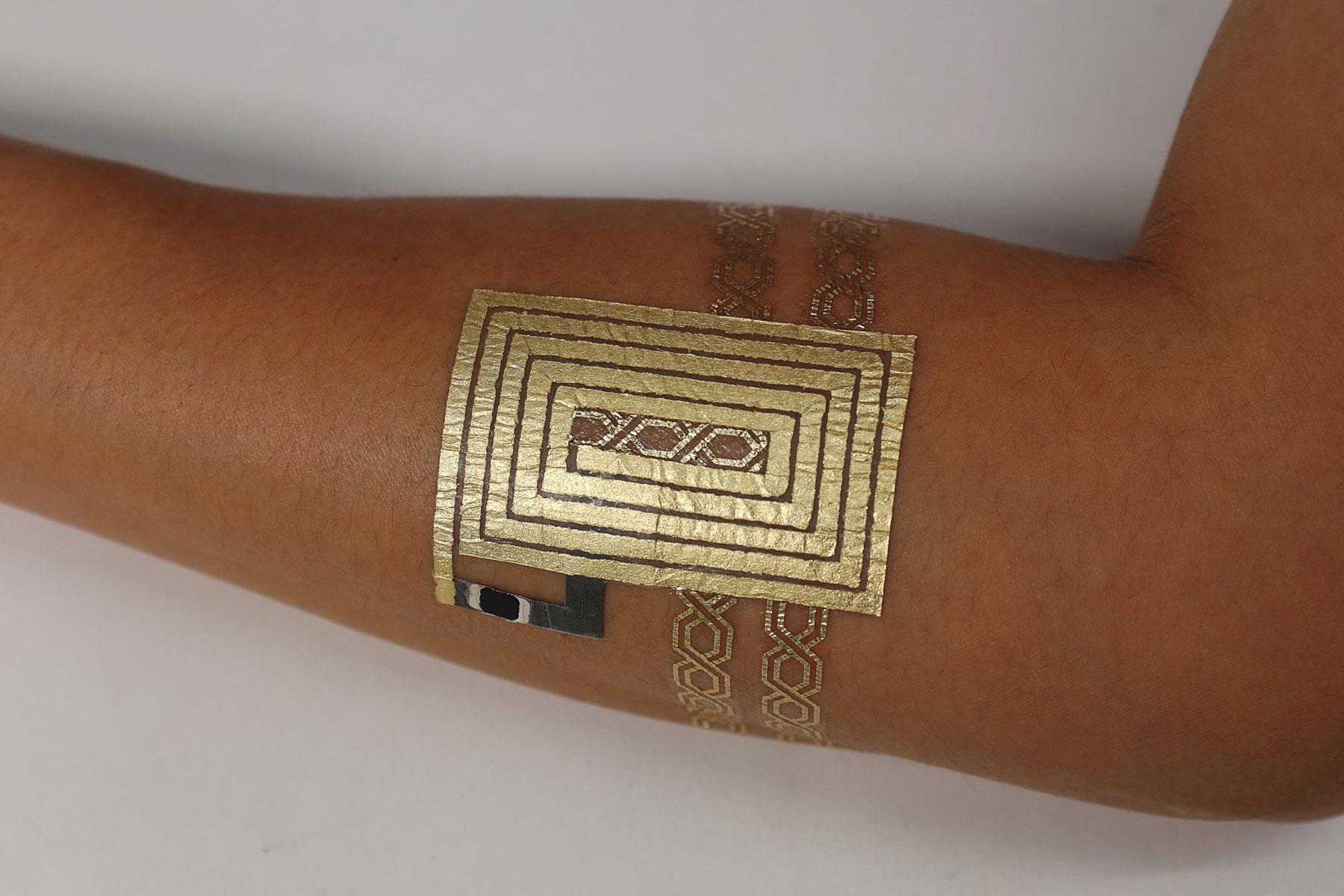 DuoSkin uses gold leaf as its base material because of its ubiquity and “skin friendliness”. Gold Leaf is used from anything to painting picture frames to chocolates. And now, apparently, technology as well. The goal is to allow anyone, but especially designers and tattoo artists, to create any pattern or image, which is then printed out as a conventional temporary tattoo material and placed on the skin.

Of course, this isn’t the first time we’ve seen temporary tattoos used in the context of technology. Motorola and VivaLnk had a similar idea more than two years ago, but that was particularly limited to NFC-like communication. While DuoSkin can indeed be used as such, it has far more possible uses. It can, for example, become a touchpad to control smartphones or computers. It can even be used as a somewhat crude light display to convey certain information, like body temperature or mood.

It is an interesting proposition, but one that will probably not apply to everyone, especially those in situations or cultures where body markings can be problematic, even if simply for fashion. In those cases, fabric technology might indeed be more practical, but at least the option of having something stylish and useful on our skin isn’t that far away anymore.