You might not recognize the name Fuhu unless you have kids that like tablets. Fuhu is the company that produces the popular kids tablet line called Nabi. Fuhu has teamed up with DreamWorks to produce a new tablet called the DreamTab.

The tie up between the two companies gives DreamWorks a new way to get its popular animated characters in front of children around the world. DreamWorks is the studio behind popular animated cartoons like Madagascar, How to Train Your Dragon, Kung-fu Panda and more. The DreamTab tablet will make its official debut at CES 2014. 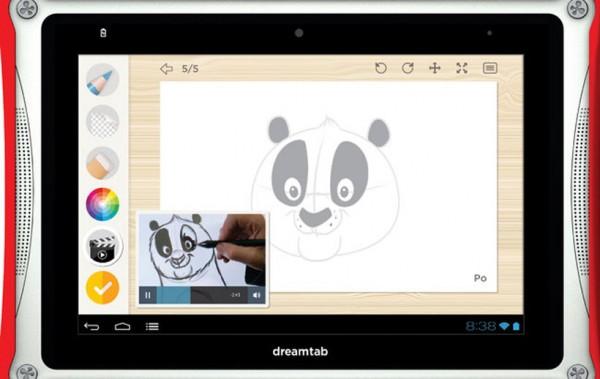 The tablet will hit stores this spring. Pricing hasn’t been hammered out just yet, but it is expected to sell for under $300. The tablet that lands this spring will have an 8-inch screen. The two companies are planning a 12-inch version as well.

DreamWorks says that it will be able to give kids a “new character moment” every day for the entire year via the tablet. The moments will include stuff like drawing lessons from DreamWorks animators and more. The tablet is also tipped to get tech allowing it to work with DreamWorks toys. The tablet will also have the ability to send instant messages and email. Fuhu promises about the same computing power as an iPad when the DreamTab is in parent mode.