Dragon Quest Builders, the Minecraft JRPG, is now in the US

Let’s face it. These days, any blocky, voxel-based, sandbox game is going to be compared with Minecraft, whether that comparison is warranted or not. And in some cases, it is very much warranted and Dragon Quest Builders might be one of those. That said, this odd new member of the famed Dragon Quest series could very well still sell, because it offers one thing that Minecraft, at least the vanilla one, doesn’t: a checklist of things to do and foes to vanquish.

For all the creativity that Minecraft, especially in its Creative mode, inspires, not every game has fallen head over heels with it. Not because they lack creativity but because some people play better when they have fixed goals, quests to accomplish, and steps to take. Rumor has it, that was the case particularly in Japan. Sensing a business opportunity, Square Enix tried to combine the best of two worlds and ended up with Dragon Quest Builders.

The game publisher brands this game as role-playing game, but it is unlike any you might have seen, especially within the Dragon Quest franchise. While that line of JRPGs was marked by the typical combat and storyline, Builders is anything but. Yes, there is combat and there is a storyline. Sort of. In the game’s back story, humans have been robbed of the power to build things so it’s up to you, the legendary builder, to build things for them, from humble abodes to sprawling castles to emojis on a mountain!

While you can build anything to your heart’s content and have the freedom to design buildings the way you like, Dragon Quest Builders does follow a plot you’ll have to stick to in order to finish the game. And that’s not the only way it differs from Minecraft. Aesthetically, the game’s art is also a step up, unless you really dig Minecraft’s voxels. Of course, the anime look might not appeal to everyone, but Dragon Quest fans are already used to that style anyway. 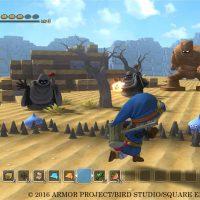 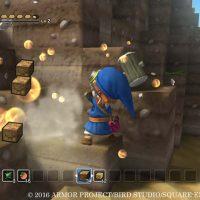 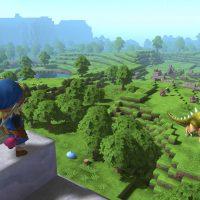 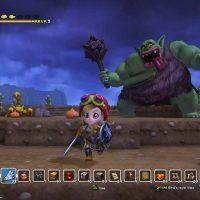 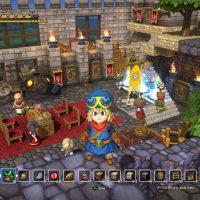