DoorDash support phone down? This is just the beginning

Support phone numbers for DoorDash are down or slow-to-respond at the moment due to “issues” with the DoorDash “consumer platform.” I say “this is just the beginning” in the title of this article because the ugly truth of DoorDash, its leadership, and its policies have been coming to a head for a while now, and with the legal head of the mess popping up earlier this week, now this, it’s plain to see: Nastiness is about to go down.

In the month of June, 2019, the official DoorDash Help Twitter account reported “issues with our consumer platform” on the 7th and 21st, then in July on the 10th and 12th, and again today. Today is August 1st, 2019. These are only the incidents that DoorDash found important enough to acknowledge publicly in the past two full months. 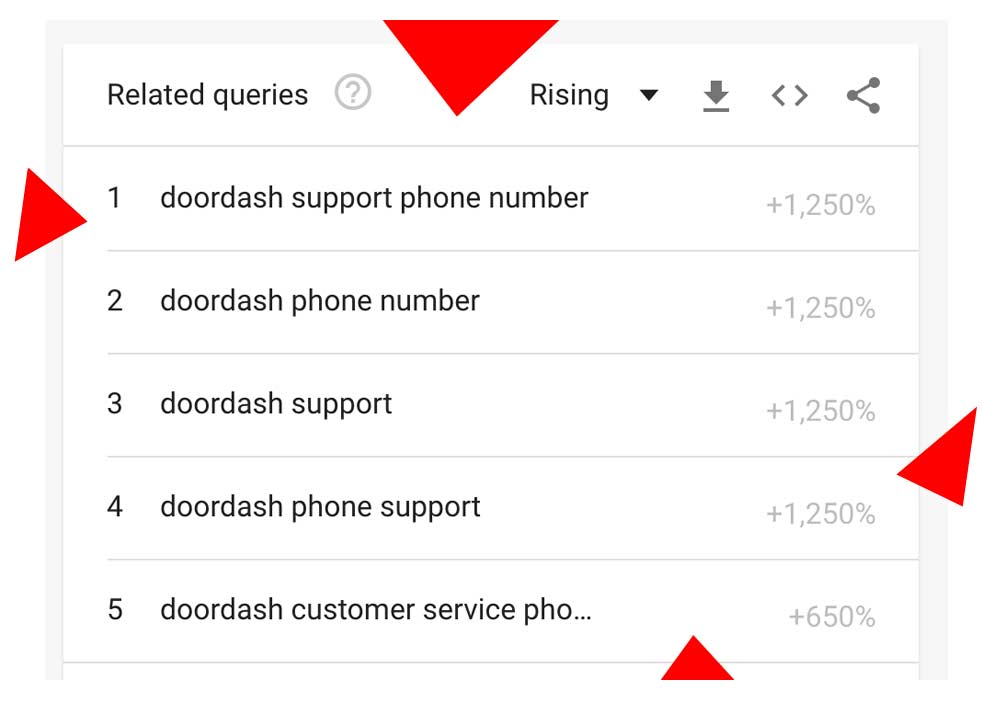 So not only did there seem to be a shock of support requests, the DoorDash app seems to have failed in a big way. Downtime tester site IsItDownRightNow showed reports of down time from Pasadena, Indiana, Tennessee, San Antonio, and North Babylon, NY. Outage.Report showed 23 reports of down time in the last 20 minutes (as this report is in the process of being written) at around 20 minutes-til-3PM Central Time. 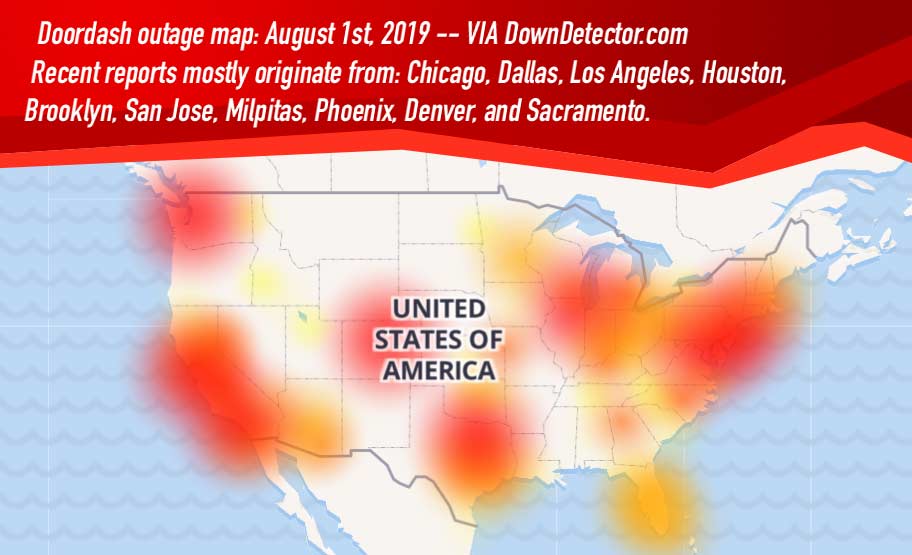 This week DoorDash was summoned to the United States District Court for the Eastern District of New York. The plaintiff, Alan Arkin, filed a class action complaint against DoorDash. This suit was called for violation of the New York General Business Law, § 349 and the other states’ consumer protection statutes, common law fraud and unjust enrichment. 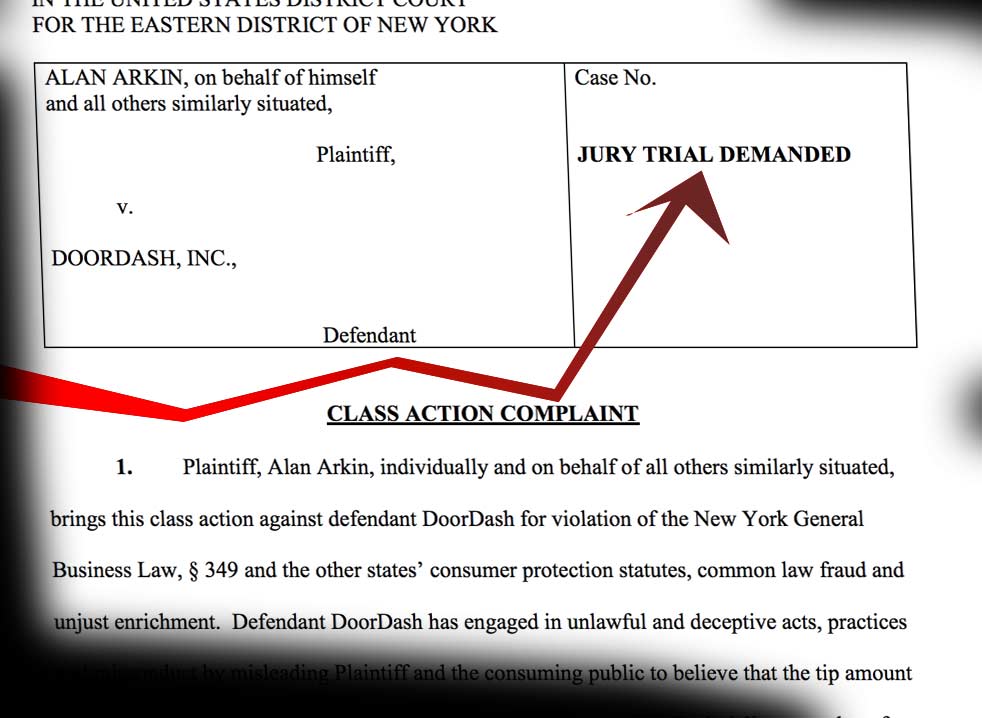 “Defendant DoorDash has engaged in unlawful and deceptive acts, practices and misconduct by misleading Plaintiff and the consuming public to believe that the tip amount entered on the DoorDash app would be received as a tip by the DoorDash delivery workers for their service,” said the class action suit document for case Case 1:19-cv-04357, filed on 7/29/2019. “DoorDash knew, and failed to disclose, that the tip amount entered by Plaintiff and other consumers on the app was received by DoorDash, in whole or in part, and used to subsidize its cost of doing business.”

Does DoorDash know what tips are for? Do DoorDash delivery drivers care enough about what a tip HAS ALWAYS BEEN to stop driving dinners to denizens of dine-dens all across these United States? Is this mess worth exploring further? We shall see!