Does RIM even realize what went wrong?

BlackBerry 10 makes its long-anticipated debut today, but the official hype machine is off to a stumbling start with execs from RIM struggling to deal with criticisms around delays and how the iPhone changed the smartphone market. In a pair of interviews on different BBC programs this morning, RIM Europe managing director Stephen Bates faced understandable questions about where previous BlackBerry devices stumbled, as well as being asked where RIM has learned from Apple’s device. All didn’t go to plan, however.

In a radio interview with BBC Radio 5’s Nicky Campbell, Bates refused to address questions around the impact of the iPhone, preferring to list BlackBerry 10’s work/life balance functionality and position the OS as the platform RIM needs for the next decade. In a separate interview with BBC Breakfast [region-locked to the UK], Bates faced a similar repeated question – this time, “what went wrong” in RIM’s past to bring it from, as the executive himself argued, creating the smartphone segment to having a minority share – but again pushed the party line rather than addressing the criticisms head-on.

Neither interview paints either RIM or the BBC interviewers in a particularly positive light. For Bates, the reluctance to address what are legitimate talking points – the role of the iPhone and the missteps RIM has made in the past – suggests the BlackBerry maker may not in fact know, or understand, how the marketplace changed. As for the interviewers, the aggressive and challenging tone failed to achieve anything significant in terms of real insight into BlackBerry 10.

Nonetheless, while there will be more opportunities for the smartphone buying public to get information about the new platform, RIM’s opportunities to show it understands the ways the ecosystem it is in has changed are dwindling. Android and iOS monopolize the lion’s share – 92-percent – of the global smartphone market, and for all rivals like Microsoft and RIM insist that carriers, retailers, and consumers want a “third contender” there’s little to show RIM has figured out how it will sell itself as that underdog option. 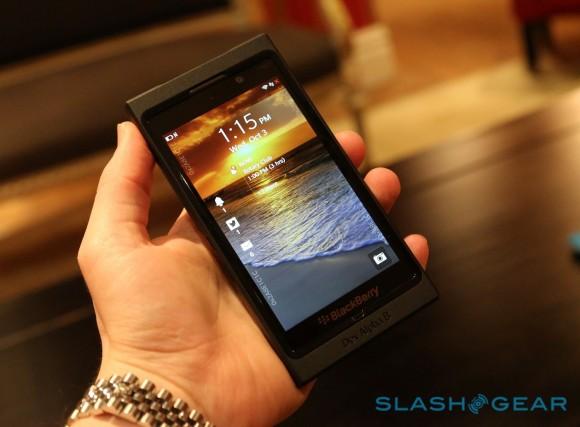 That’s not to say the BlackBerry 10 OS is either without merit or without its differentiators. As the company itself explained to us back in October 2012, one of the key elements of the new platform is its ability to satisfy both work and personal use, while keeping a firewall of sorts between the two. There, arguably, is RIM’s biggest education from the rise of the iPhone and from watching the smartphone market as a whole: that people now carry their phones at all times, and want them to do all things, and while BlackBerry devices of yesterday may have been fit for one half of that, they fell short in the other.

Clarity of mission is all the more important when you consider that BlackBerry 10’s success probably isn’t going to be based on its strengths as a technical platform, but instead the halo of context RIM builds around it. We’ve already seen OSes with great potential rise and fall – MeeGo is a solid example, offering a far better user-experience than Nokia had with Symbian or even Windows Phone, but still eventually sidelined – because, in part, the companies behind them lacked the clarity of message that would convince consumers and businesses that they were worthy of consideration.

For RIM, with Microsoft directly aiming for its corporate audience with Windows Phone, and the mass market already addicted to the wide array of Android devices and the consistency and “halo brand” of the iPhone, it’s time to work hard on rebuilding perceived relevance. Trying to ignore the landscape of the mobile industry today – no matter how aggressive the interviewer – doesn’t distract potential customers to the reality of the market, it only leaves you looking like you don’t know where you went wrong.

SlashGear will be at RIM’s BlackBerry 10 launch today, bringing you the highlights from the new platform.