Does anyone care any more about new Windows launches?

Microsoft last week unveiled the long-awaited Windows 10. Well, it was long-awaited for those corporate customers suffering under the weight of Windows 8. But for the rest of us? Well, I’m not sure we really cared. I remember a time when Windows launches were big things. Back in the 1990s and even early-2000s, whenever Microsoft would hold a special event announcing the new Windows and showing it off, we’d be drooling over the possibilities.

It’s hard to say exactly when software became boring, but it probably happened about a decade ago.

Smartphones and hardware were starting to become more popular and the iPhone was just around the corner. Consumers were shifting attention away from the worries about software and towards concerns over hardware. They wanted to know more about the hardware that would impact their lives and not the software that was just helping them get work done.

So, when Microsoft announced Windows 10 last week, it was hard for me to be anything other than bored. 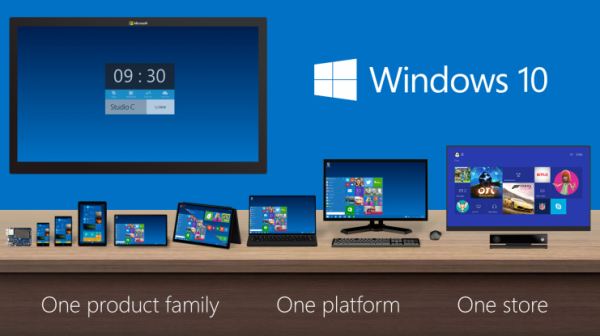 Sure, Microsoft’s announcement of a new operating system is somewhat interesting and to the corporate world, it’s a breath of fresh air, but I find it hard to believe that too many people actually care. Indeed, I think the chances of people caring about a new Windows distribution are getting lower and lower by the minute.

The trouble for Microsoft – and let’s not leave Apple and OS X out of this, either – is that operating systems have become gateways to something bigger and better. Apps rule the world now and the way we interact with the average operating system has lost some of its gusto.

Operating systems are simply gateways that allow us to experience the Internet, try out different applications, and become more productive. And sorry to say, but the luster on that has worn off; it’s no longer sexy.

So, what is sexy?

Judging by the outpouring of support for the iPhone 6 and Galaxy Note 4, big smartphones are sexy. So are neat new products, like the Sense that monitors your sleep patterns, and game consoles. In other words, hardware that improves our lives is something we’ve come to love. And it’s hard for me to see that changing anytime soon and operating systems to capture our hearts.

The technology space is dominated by hardware, not operating systems. That’s probably why Microsoft is moving to mobile and the cloud and why Windows 10 received a rather unceremonious unveiling.

The world has changed. And unfortunately for Microsoft, it hasn’t changed in its own favor.