Robotic arms are used in various industrial processes such as automotive manufacturing when a task needs to be reproduced with high levels of accuracy. A desktop robotic arm has debuted called the Dobot and it is Arduino-powered and has a 4-axis parallel mechanism. The arm is aimed at makers, educators, and anyone else that wants a sweet robot arm they can control.

The team behind the Dobot says that it is a 4-axis, high accuracy, high repeat precision arm using a stepper motor. The arm has highly accurate linear movement and can do all sorts of things from writing and drawing, to playing games, to being used in a lab setting. 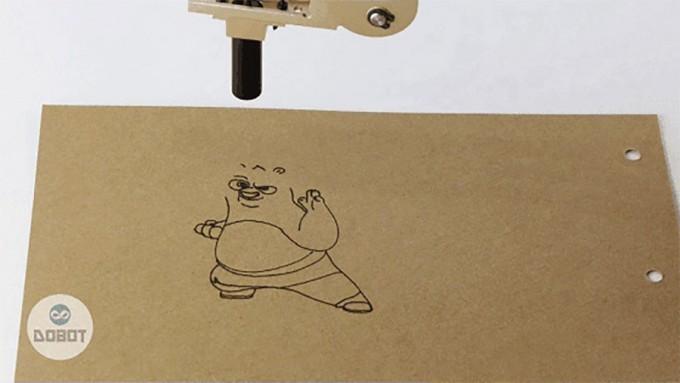 Dobot can be used to laser etch materials with text and artwork. Since it’s Arduino powered you can make it do just about anything you can think up and program. It reminds me a lot of a robotic arm that you could buy at Radio Shack back in the ’80s that all the kids wanted.

Dobot is on Kickstarter now seeking $36,000 and has raised over $114,000 so far with 47 days to go. It’s not a cheap object with a pledge of $499 or more to get one with the basic version including a clipper, sucker, laser head, angle sensor, Bluetooth, pen, and pen clipper. An extra $100 will get you a power tool kit and an extra $300 will get you a leap motion and EEG kit. Shipping is expected in December 2015.