Do you really need a gaming phone? The pros and cons

Gamers have always wanted the best of tech that gives them a competitive edge. The best specs, peripherals and zero distractions to ensure they fire first. The smartphone market has responded to passionate gamers, releasing gamer-oriented phones that are picking up steam.

Just this week, Asus launched the ROG Phone 2, the most spec-heavy gaming phone you’ll find. Equipped with the latest SnapDragon 855+, 12GB RAM, a 120Hz screen and battery for days, it’s seriously pushing hard to be the final word in mobile gaming. In just a few days, it’s already got 1.6 million people registered to get their hands on the device.

And at around $900, it’s still a tall asking-price as any other phone. So are phones of its type worth the upgrade? Do gaming phones really give you an advantage?

The great thing about most gamer-oriented phones today is that buying one pretty much ensures you’re getting the best specs on the market. Along with content creation, video games are some of the most processor-intensive activities phones have to muscle through – tip-top specs are of utmost importance. 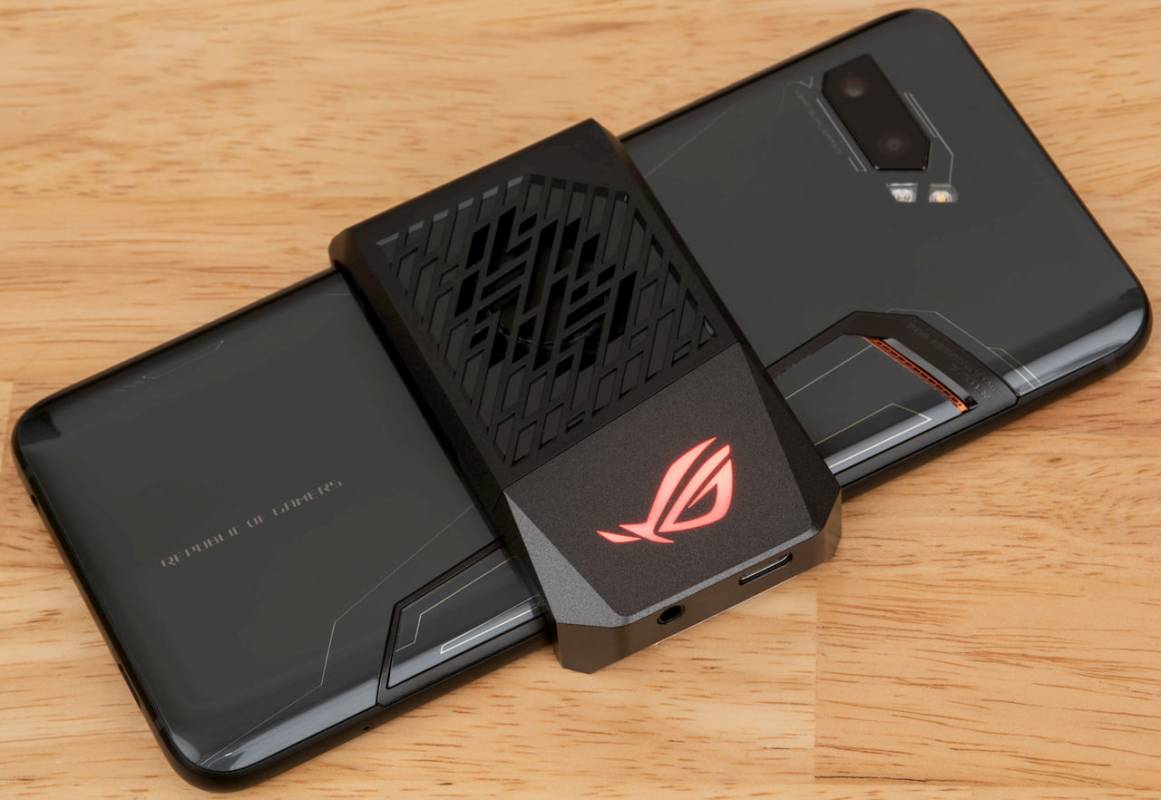 If you’re in the market for one, chances are you’re looking at the Asus ROG Phone II, the Razer Phone 2 or a Xiaomi Black Shark 2. All these choices offer best-in-class specs to match any flagship – OnePlus 7 Pro and iPhone XS alike. Beyond gaming, its more than enough for your multi-tasking and content creating needs.

One of the most exciting moments picking up a modern gaming phone is enjoying its 120Hz screen. These are offered in latest models like the ROG Phone and Razer Phone and you feel the difference as you scroll through menus and blast through game worlds.

At 120Hz, the gaming-phone standard is a notch ahead of the screen refresh rates offered by the rest of the industry. Most phones today like iPhones and Samsung Galaxy devices cap at 60Hz. The OnePlus 7 Pro brings it up to 90Hz, which is arguably just as good – but you won’t get the bragging rights here.

But most people with 120Hz screens will tell you this excitement wears off when you go online and compete in a multiplayer arena. The smoothness of your experience is largely determined by your connectivity and how fast your internet can help you process real-time gameplay.

One great trope no one’s going to dispute with however, are the massive front-facing speakers on most gaming-focused phones today. It makes sense for gaming especially when you hold your phones landscape, as well as for watching videos. You probably won’t want to go back to that downward-firing speaker after testing this out.

Playing games with your fingers covering the corners of the screen was never ideal, but it was an inevitability that developers had to work their way around. Gamers will probably appreciate modular controllers and peripherals you can attach to gaming phones for greater precision during gaming.

The ability to rotate the camera without dragging your finger halfway across the screen is a great relief. Touch screen controls especially suck when you have sweaty palms.

But it also comes with gimmicks right out the box you have to pay for, such as the included motorized fan that can be attached to the phone for long hours of gaming. Benchmark tests will show you it doesn’t make a difference.

If the iPhone is an exercise in minimalism, gaming phones are the total opposite. A lot of what your money is going into is the aesthetic of the phone, much of which is unessential.

Take the appearance of the new ROG Phone II. Its copper panels look like vents that power an insanely powerful machine, but in truth they’re just there for the appearance. In fact, it makes it harder to wrap a case around it.

These phones also come with RGB lights that you can program via an app, altering the color of the logo on the back of the device. It’s cool, but again, unessential. We’d rather this cost go into other aspects of the phone that are lacking (which we will address later).

Software and UI are also often given a bizarre overhaul. Some, like the ROG Phone II offer more-or-less stock Android for a clean user experience. But others like its predecessor and Xiaomi counterparts offer neon-accented UI designs influenced by gaming aesthetics made popular by companies like Razer.

Anyone fond of the minimalistic designs of Apple and the Pixel will tell you it’s an eyesore and will require a bit of work with alternative wallpapers and launchers to set right.

The toughest hurdle to cross for most of us would be the compromises these phones make in other area. Not everyone would appreciate the complicated aesthetic that just cries “LOOK, I’M A GAMER!”.

Beyond its appearance, these devices have struggled big-time in the camera department. A far cry from the performance of everyday smartphones at this price like your OnePlus and Samsung offerings. The fact that so many of these flagships also offer similar specs and a far superior camera makes them hard to say no to.

Your decision greatly depends on how much you value games over the phones’ compromises, like its camera, aesthetic and simplicity. Much of its performance is buy-and-large similar with flagships – it’s a debate on its gamer-focused gimmicks and additions.

Mobile games today also beg the question: is it worth investing an entire thousand-dollar gadget into? So many of today’s mobile games operate on a pay-to-win structure. Pay an additional dollar to for an additional skill slot; credits to revive; buy the full version here.

Games also keep on changing, with very few perpetual titles the likes of DOTA or Fortnite that stay popular for years. Without this consistency, going “pro” on a title doesn’t stand for much anymore and perhaps not worth sacrificing the other aspects of a great $1000 phone. For a quality time gaming, maybe save that extra cash for an upcoming Nintendo Switch Lite.