DJI may be best-known for drones, but now it’s bringing its stabilization tech into pro cinematography with the DJI Ronin 4D. Promising up to 8K capture, it combines a new full-frame gimbal camera with a 4-axis stabilization system, LIDAR focusing, and a new video transmission system.

As you might’ve guessed from the design, this isn’t intended for general consumers looking for a little extra stabilization for their smartphone camera. Instead, the Ronin 4D taps the advances from DJI’s aerial cameras and other models for something filmmakers on the ground will want.

The new Zenmuse X9 gimbal camera will be offered in 6K and 8K versions. The Zenmuse X9-6K supports up to 6K/60fps and 4K/120fps, while the Zenmuse X9-8K captures up to 8K/75fps. Both offer H.264 and Apple ProRes and ProRes RAW support for codecs. 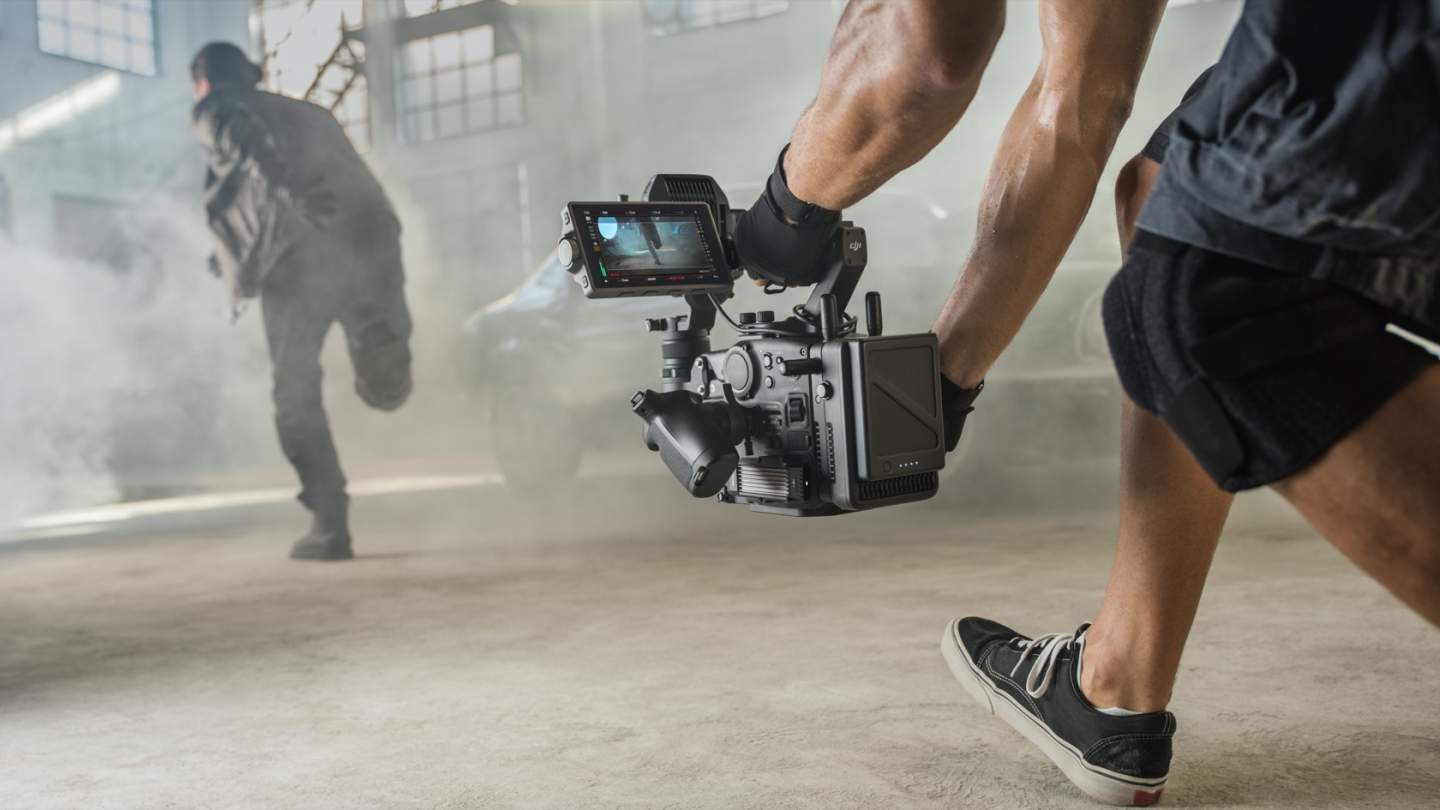 There’s dual-native EI of 800/5,000, and more than 14 stops of dynamic range. To that, DJI adds an interchangeable lens mount design: you can just DJI’s own DL lenses, Leica M mount lenses, and other mounts that have short-flange focal distances. The camera itself has integrated non-stop physical ND filters and a proprietary DJI Cinema Color System (DCCS) for more consistent colors and natural skin tones. 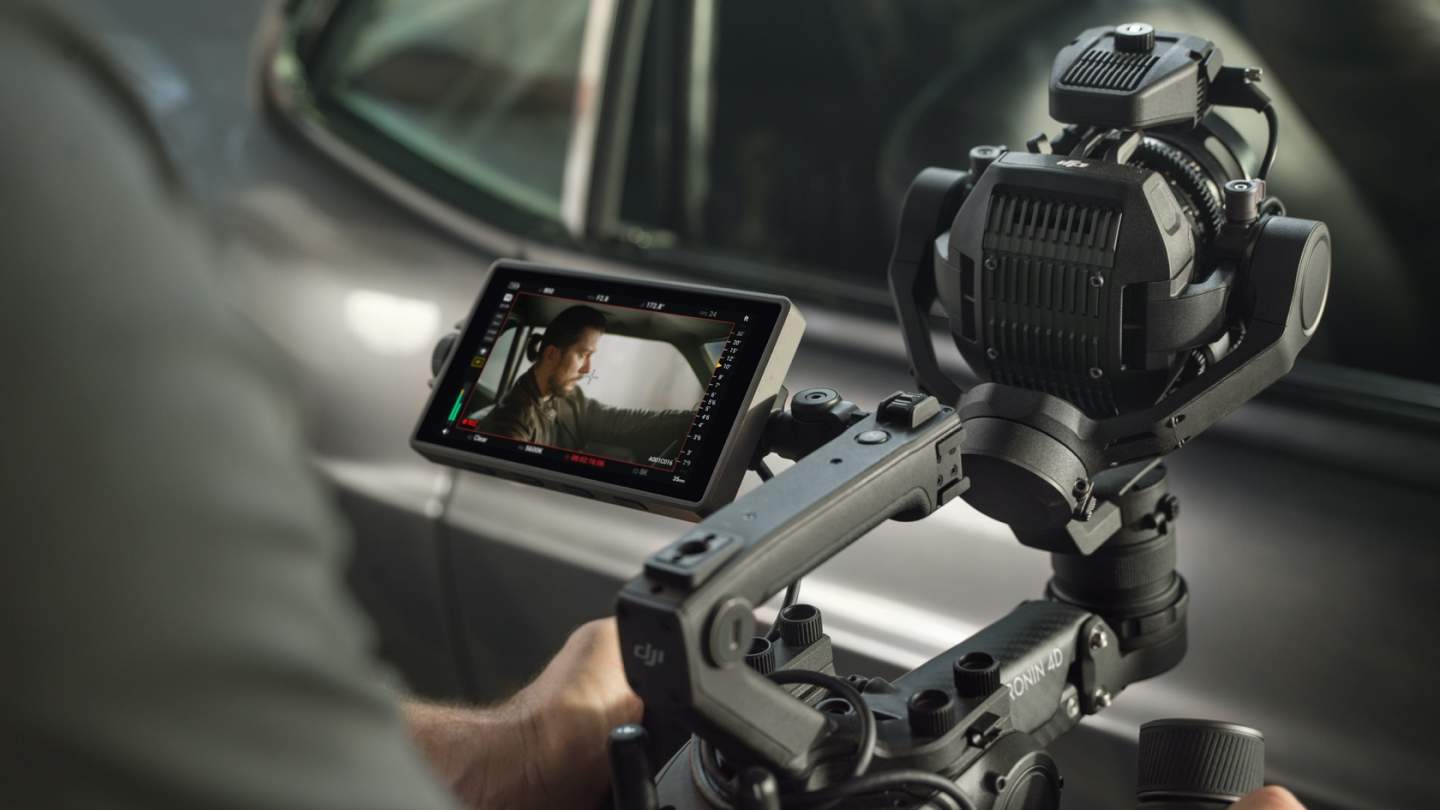 To cut shake, meanwhile, there’s an active Z-axis, which DJI says is a first in the industry. It helps the Ronin 4D capture smooth shots regardless of whether you’re walking or sliding sideways, without external equipment like a dolly. 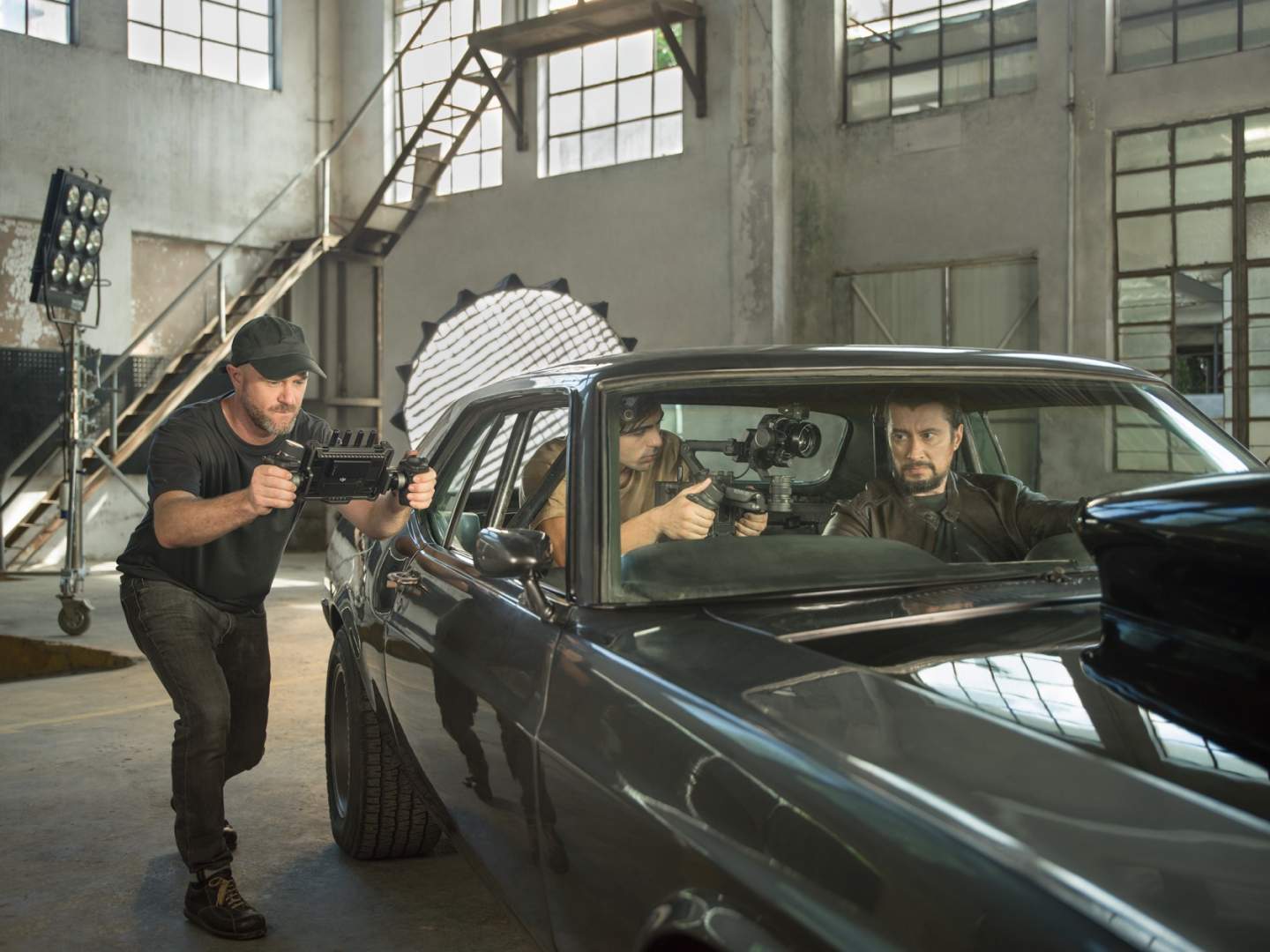 For it all to work, DJI relies on data from downward ToF sensors, forward and downward dual-visual sensors, a built-in IMU, and a barometer. ActiveTrack Pro, meanwhile, uses AI to power tracking and framing. A new LIDAR Range Finder also helps there, with 43,200+ ranging points that reach out as far as 10 meters (33 feet) regardless of ambient lighting. 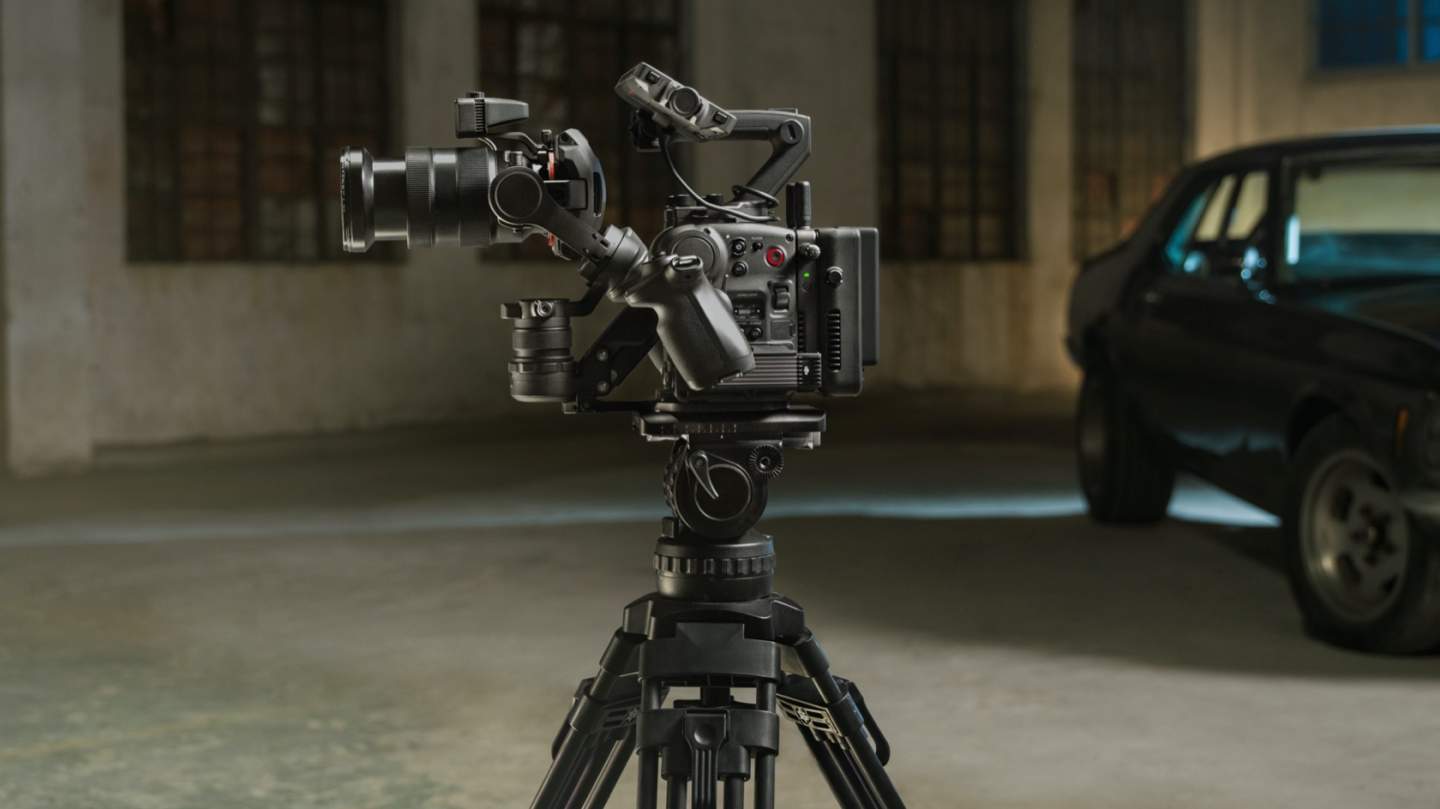 The result, DJI says, is faster focus locks. There are three modes, with Automated Manual Focus (AMF) joining traditional manual and automatic. AMF auto-rotates the focus wheel while following the focus point, so that the camera operator can tweak in real-time too. In manual mode there’s a LIDAR Waveform that shows focus points for easier pull focus. 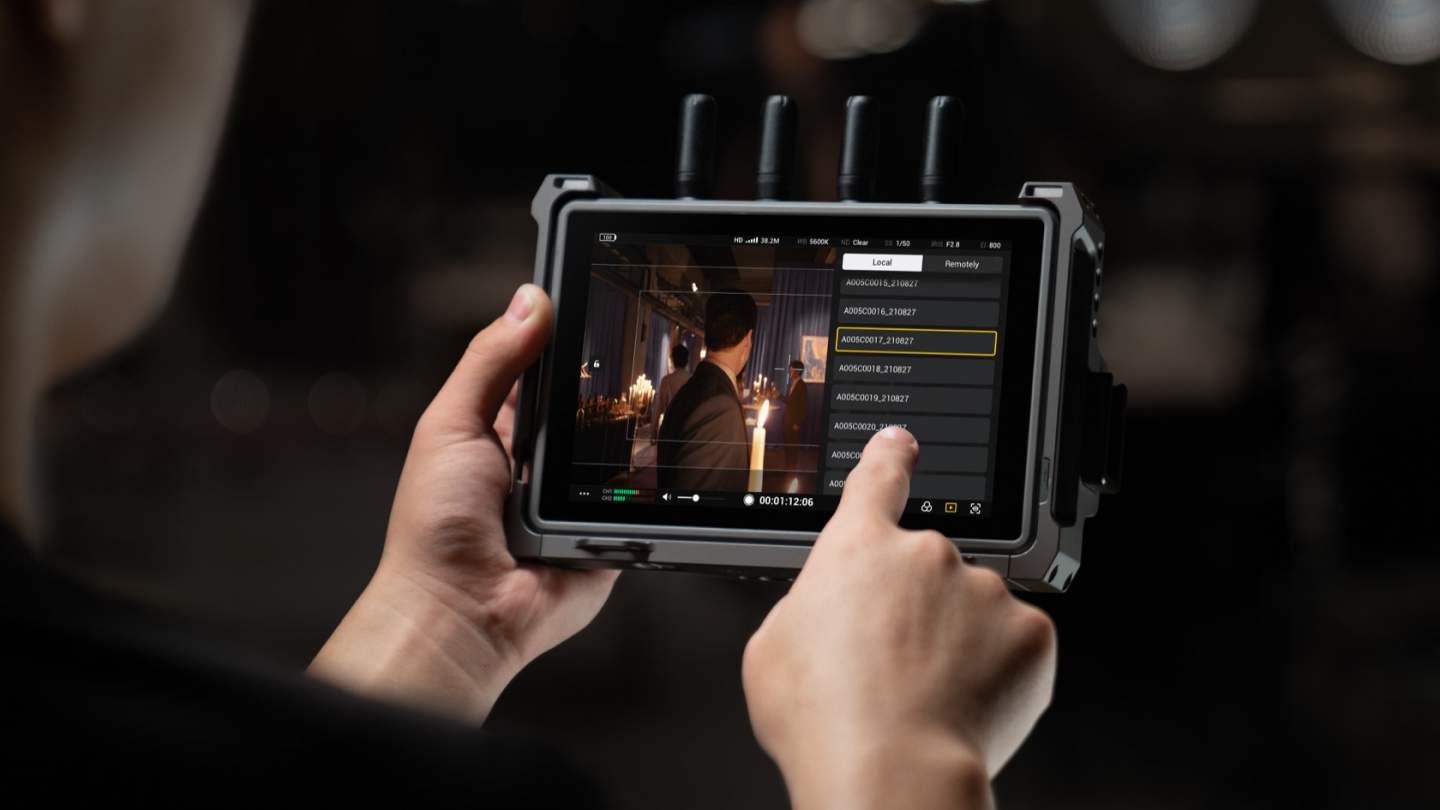 For onboard storage, there’s a combination of USB SSD for 4K projects, a CFexpress Type-B card slot, and a proprietary DJI PROSSD 1TB for the very fastest – and highest resolution – footage. As well as built-in microphones for 2-channel, 24-bit recording, there are two 3.5mm jacks on the body and two XLR ports on the Expansion Plate.

If you want video off-camera, though, the new 4D Video Transmitter can supply 1080p/60fps video feed to remote monitors up to almost 20,000 feet away. It uses a combination of the 2.4GHz, 5.8GHz, and DFS bands, supports multiple receivers connected to a single transmitter, and has AES 256-bit encryption. 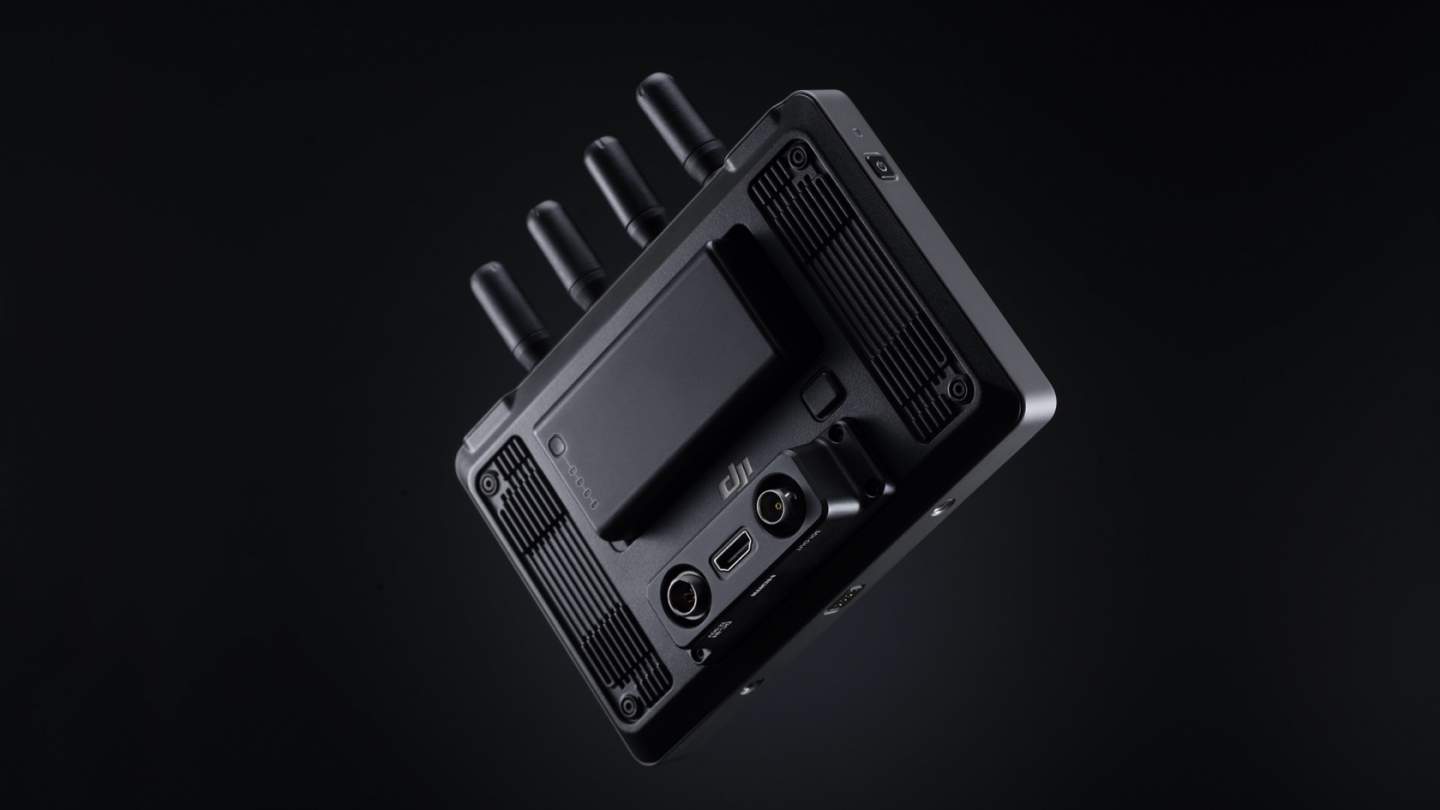 It works with the new High-Bright Remote Monitor, which integrates a receiver into a 7-inch display. That has a 1,500 nit panel, and an built-in gyro that allows the monitor to be used as a motion controller for movement-based camera control. It’ll support the Ronin 4D Hand Grips, DJI Master Wheels, DJI Force Pro, and new DJI Three-Channel Follow Focus, too. Multiple Remote Monitors can be used simultaneously, each showing footage separately with independent LUT, and there’s a microSD card slot for 1080p/60fps footage recording.

Battery life is up to 2.5 hours of shooting from the TB50 Intelligent Battery. An auto-heating system means that should still be the case even in low temperatures. 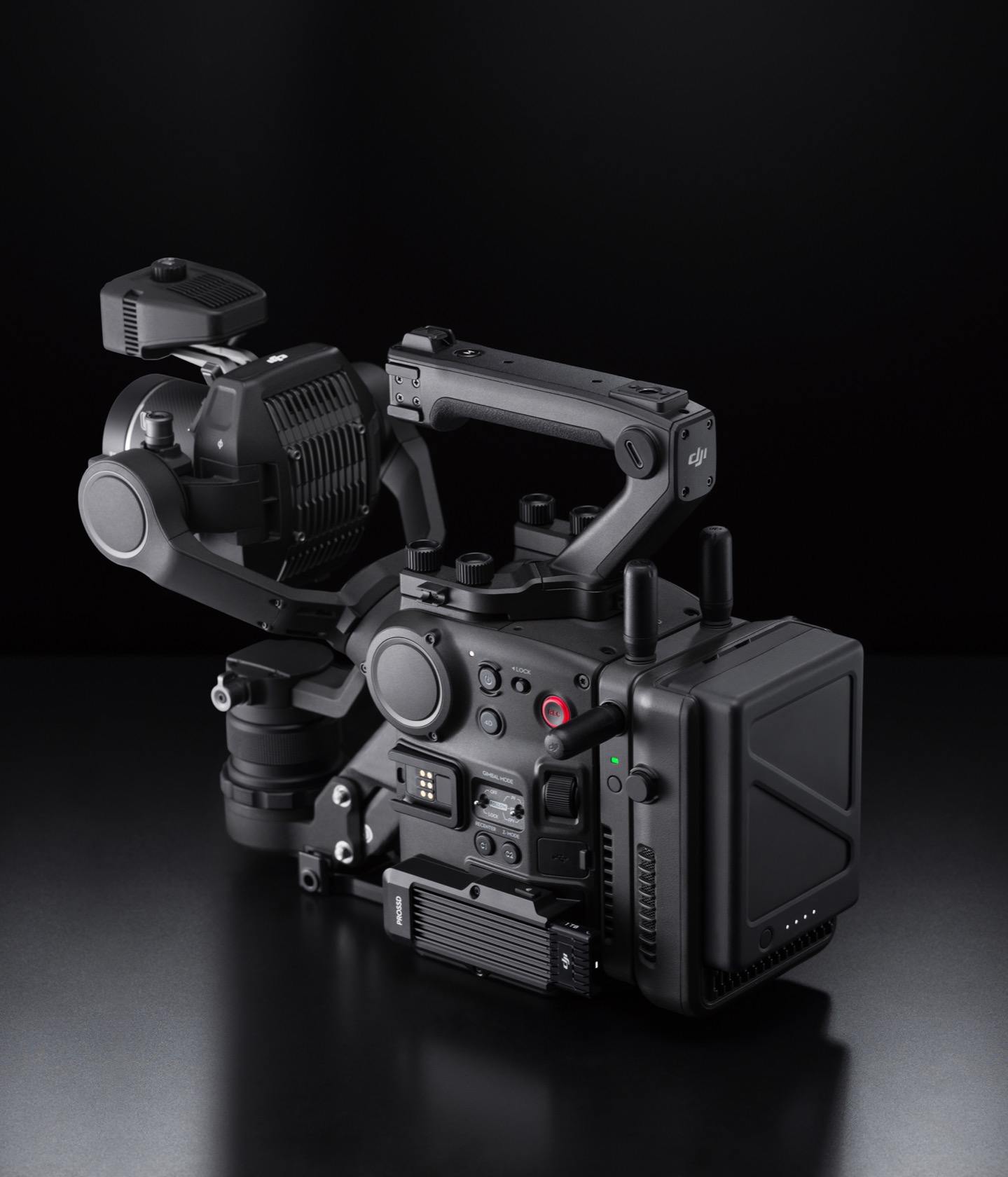 As for the 8K version, that will include the Zenmuse X9-8K Gimbal Camera and a PROSSD 1TB. It’ll be priced at $11,499, and come “at a later date,” DJI promises. The 4D Video Transmitter, High-Bright Remote Monitor, and DJI PROSSD 1TB are also available separately.