DJI is perhaps best known for its drones but, at its core, it is a robotics company. It has dabbled in every aspect related to robotics, from computer vision to AI to mechanical engineering. While those have been mostly applied to hobbyist and professional unmanned aerial vehicles or UAVs (a.k.a. drones), it has yet to tap one budding market in the robotics industry: education. That changes today with the introduction of the RoboMaster S1, the company’s first robot designed for entertainment and education.

There is no shortage of consumer robots aimed at education but many of those have too many training wheels in both hardware and software. Some have only basic sensors and parts installed to simplify construction and cost. Others let users program the robots but with limited functionality through custom block-based programming. 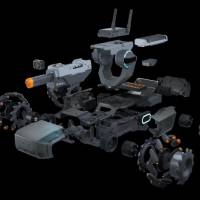 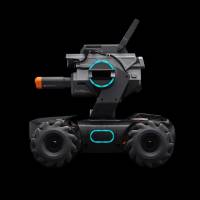 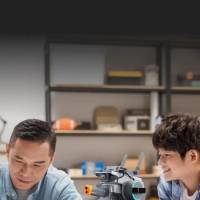 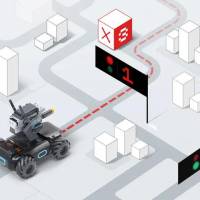 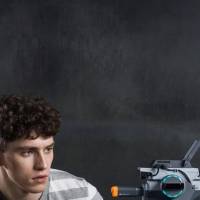 With the RoboMaster S1, DJI is pulling out most of the stops while still keeping the price of the robot affordable to those who will need it the most: young learners (and their parents). The S1, which stands for “Step 1”, boasts of 31 sensors that lets it see the world in as much detail as possible. A brushless motor, Mecanum wheels, a mechanical gimbal, an FPV camera, and six Pulse Width Modulation (PWM) ports are just some of the parts you’d find inside that are more often found in professional competition robots.

On the software side, the robot tanks has six AI modules that use computer vision and object recognition to know where to turn or move or even recognize gestures. And if those are not enough, the robot can be programmed using a choice between the child-friendly Scratch language or the more sophisticated but still easy-to-learn Python. Leveraging the robots’ programmability can give it an edge in competitions using SOLO and multiplayer battle modes with other S1 robots.

For all of that, the DJI RoboMaster S1 will retail for just $499. A more expensive “PlayMore” kit will be made available at a later date and still unannounced price, featuring a dedicated gamepad, one battery, and gel beads for shooting. DJI will also be offering discounts to students and teachers to encourage the robot’s adoption in classrooms.