DJI has revealed its newest compact stabilized camera, with the DJI Pocket 2 upgrading the Osmo Pocket with a bigger sensor atop its 3-axis gimbal. As with the original camera, it’s an all-in-one mini-camera, with the Pocket 2 packing a 4-megapixel sensor with a new zoom feature this time around.

DJI says both video and stills should be improved compared to the old camera, with a wider lens helping and an upgraded focus system. The latter should be swifter to lock onto, and track, moving subjects.

For stills, there’s support for 64-megapixel or 16-megapixel images. There’s up to 8x zoom in the former mode, or up to 4x lossless zoom in the latter. A Hybrid 2.0 AF system mixes phase and contrast detection for a faster lock. 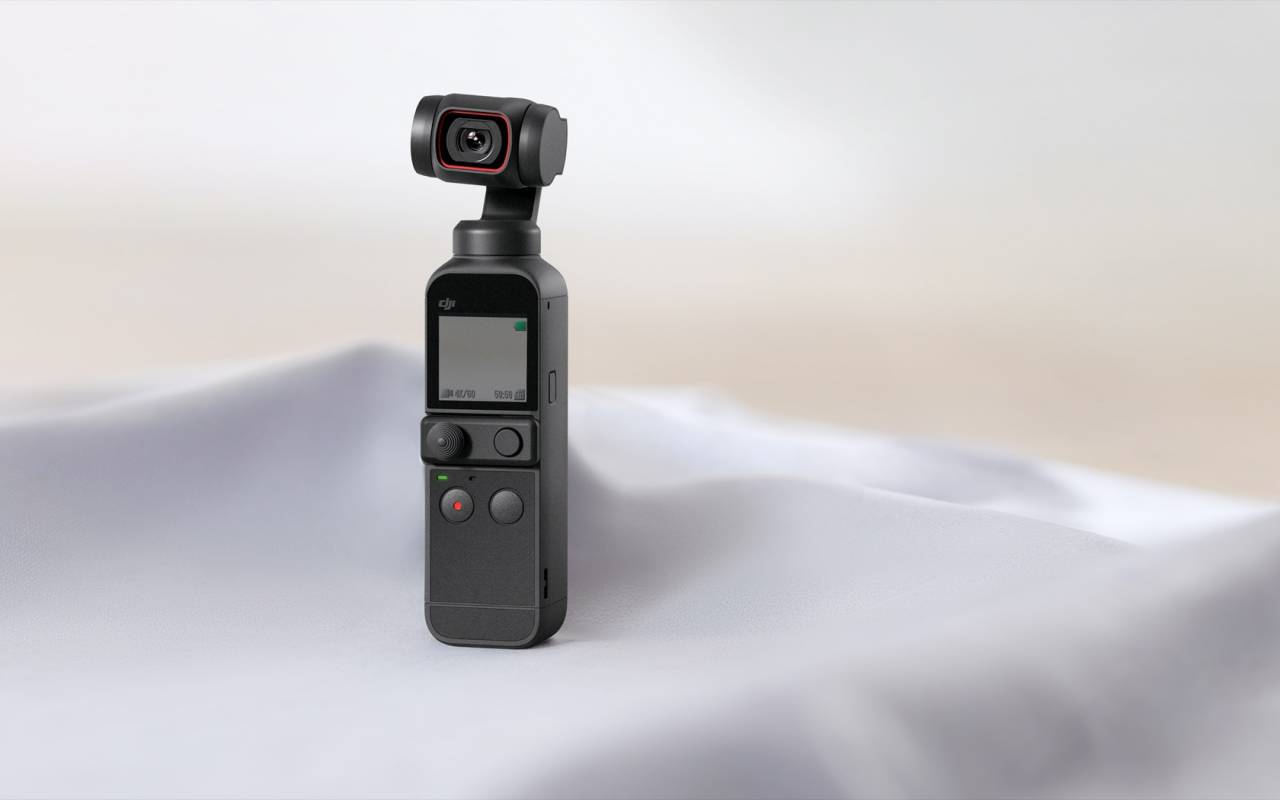 As before, getting started quickly is key to the deal. The Pocket 2 has a new set of modes: Pro Mode offers advanced access to settings like ISO, shutter speed, EV, and focus mode; Slow Motion can slow down capture by up to 8x at 1080p resolution. ActiveTrack 3.0 allows users to select a subject and then have the camera keep it in the frame automatically.

Timelapse, Hyperlapse, and Motionlapse use the same ActiveTrack 3.0 technology, and can record images separately if you prefer. There’s also RAW mode recording. Finally, there are panoramas, including a 180-degree Pano combining four photos for a wide view, and a 3×3 Pano which merges nine images.

You can livestream directly from the Pocket 2 to Facebook, YouTube, or RTMP, and there’s a Story Mode with preset camera movements, color profiles, and templates. For safety, there’s a Drop Aware system which can help stabilize the Pocket 2 if it senses that it’s falling.

As for audio, the new DJI Matrix Stereo system uses four microphones for directional audio capture. DJI’s SoundTrack system promises to automatically adjust pickup depending on where the camera is being pointed, while Audio Zoom can narrow the field of capture as you zoom into a subject. Wind noise reduction is optional. 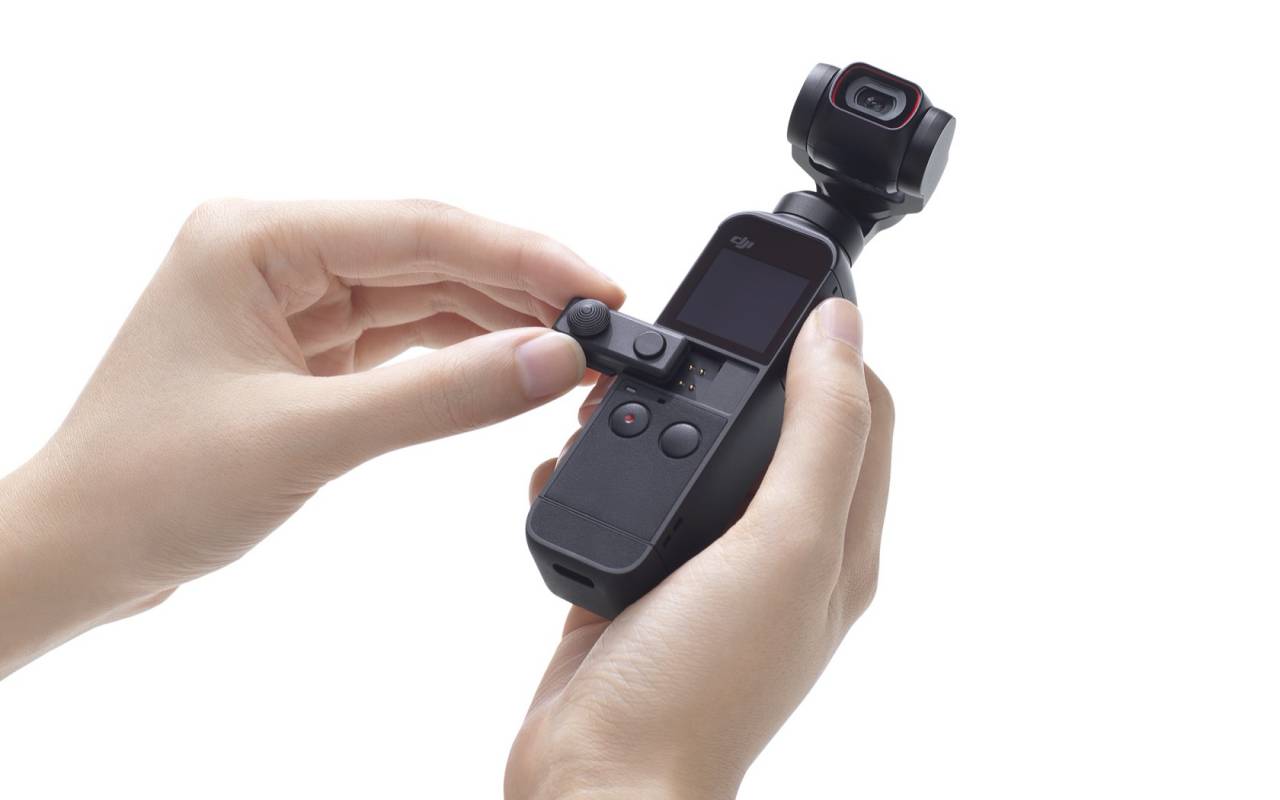 There’s a removable base plate, which allows new accessories to be attached: at launch there’ll be a micro tripod base, a Do-It-All Handle with tripod base, WiFi and Bluetooth module, a speaker, a 3.5mm audio jack, and a wireless microphone receiver. You can control the Pocket 2 via the on-camera controls, use it via wireless accessories from afar, or control it through your smartphone with a phone connector. On its own, it weighs 117 grams, but the battery lasts for up to 140 minutes. 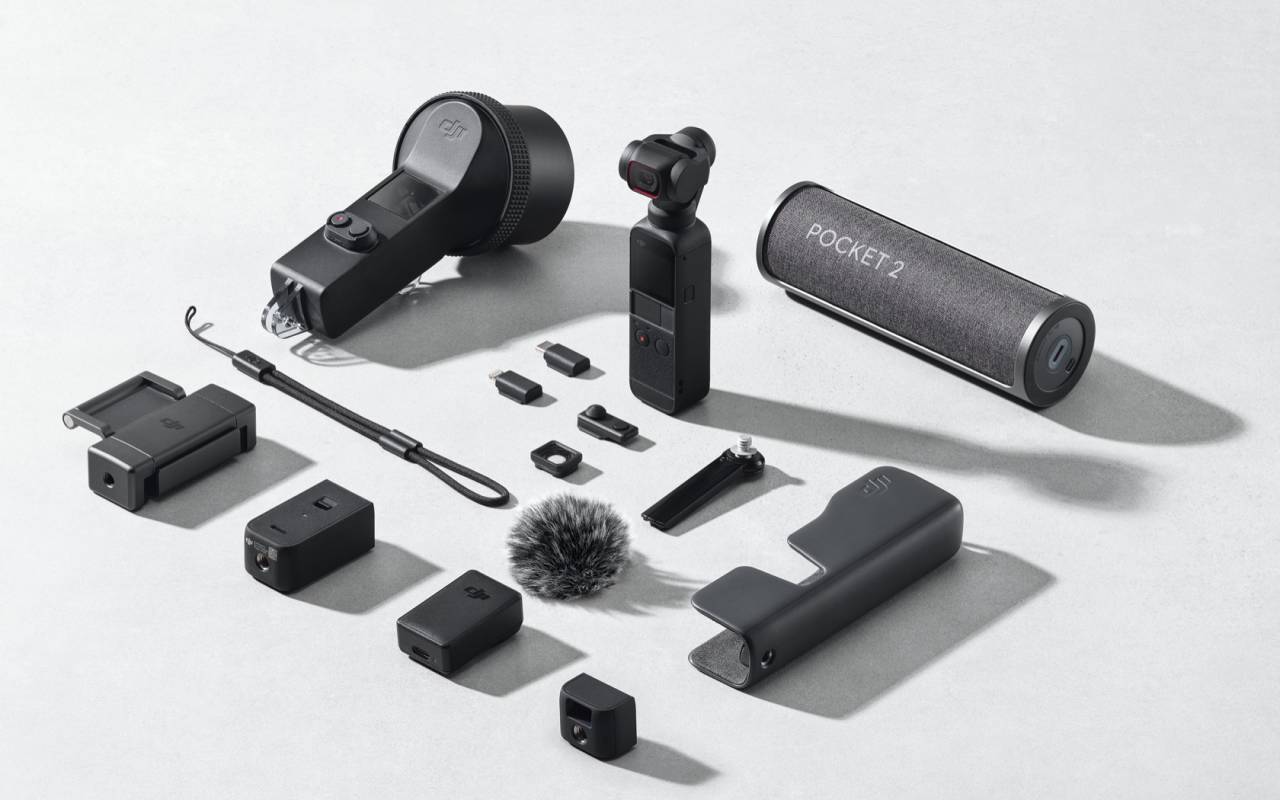 DJI will have two bundles for the Pocket 2, which is on sale from today. $349 gets you the camera, the Mini Control Stick, and a 1/4-inch tripod mount; for $499, DJI throws in a wide-angle lens, wireless microphone, the Do-It-All Handle, and the Micro Tripod.