It looks like DJI is about to launch a follow up to the Osmo Mobile 3 gimbal. The DJI Osmo Mobile 4 has leaked, and while it keeps a lot of the features of its predecessor, it comes with a pretty major improvement too. With the Osmo Mobile 4, you’ll be able to magnetically mount your phone to the gimbal, allowing you to attach your phone quickly and, it seems, with relative ease.

That magnetic mounting system can use two different attachments, either a ring or a clip that’s attached to the back of your phone. When you want to begin using the gimbal, all you need to do is mount it using that clip or ring and you’re good to go. Winfuture‘s Roland Quandt shared a leaked trailer for the gimbal on Twitter which shows that magnetic mounting mechanism in action.

The gimbal itself folds up when not in use and, aside from the new mounting mechanism, comes with a number of features that are all outlined in this leaked trailer. The trailer touts the gimbal’s 3-axis stabilization and a Dynamic Zoom feature that zooms in on the subject as you move the camera further away. 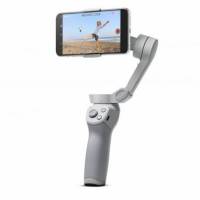 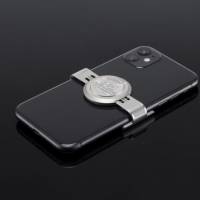 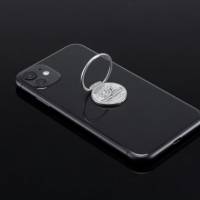 We also get a look at the gimbal’s gesture control, panorama, and Activetrack 3.0 capabilities. Winfuture’s report says that the companion app that comes with the Osmo Mobile 4 will include a story mode that will let users create films using the footage they shot. We also learn that the gimbal will include a 2450mAh battery that can be charged over USB-C, and that it’ll connect to phones with Bluetooth 5.0.

At this point, it isn’t clear when the Osmo Mobile 4 will be on the market, but Quandt and Winfuture expect it to launch “very soon.” When it does release, expect to see it priced at €150 (around $177). We’ll let you know when DJI makes the Osmo Mobile 4 official, so stay tuned.