Normally when you hear the name DJI, you’re talking about a drone able to fly through the air and take photos and video. However, drones aren’t all DJI makes, and its latest product is called the DJI OM 5. The DJI OM 5 is a smartphone gimble that also features a telescopic arm turning it into a selfie stick.

The smartphone gimbal could be ideal for video bloggers and those who want to take video and selfies on the go. One major change in the DJI OM 5 compared to the previous model is the integrated telescoping selfie stick. Anyone who wants to shoot a video of themselves but doesn’t want to rely on a tripod will find that feature useful.

However, should the user want to use a tripod, so their hands are free while recording, the handle of the OM 5 does open, allowing it to stand on a smooth flat surface while holding the phone in portrait or landscape orientation. The biggest feature of the DJI OM 5 is its gimbal that compensates for camera movement, helping to eliminate wobble in recorded videos.

One caveat to the smartphone gimbal compared to its predecessor is that the battery had to be shrunk to integrate the telescoping tube into the compact device. When closed, the device is only 17 centimeters long. Despite having a smaller battery, it’s still capable of running for a bit more than six hours, which is less than half the runtime of previous versions. 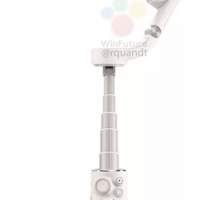 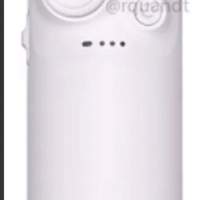 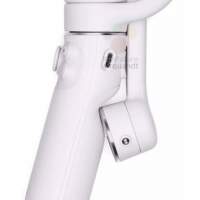 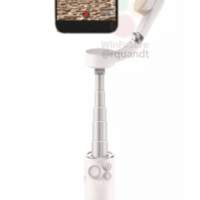 The good news about the battery is that it charges quickly, needing about an hour and a half for a full recharge. DJI kept the magnetic connector between the phone and the gimbal, allowing for quick connection and removal when needed. The official launch is expected to happen in Europe on September 8 for €159.