DJI has unveiled its new Mini 2, an ultra-lightweight drone that packs a 4K camera and a number of advanced features, including OcuSync 2.0 Transmission. One of the drone’s most notable features is its light weight at around half a pound, a weight class that puts the drone in the ‘safest’ category, DJI notes. Among other things, the Mini 2 sports a foldable design that makes it easy to travel with.

The DJI Mini 2 builds upon the foundation laid by the Mavic Mini model, bringing with it enhancements that offer what DJI President Roger Luo says is ‘larger drone performance in an approachable, small design.’ The drone is targeted at beginners, among others, who don’t feel comfortable starting with a large drone.

The drone’s enhancements over the Mavic Mini include better imaging features, flight performance, and much better connectivity for more reliable transmissions over longer distances. In keeping with the ‘beginner’ aspect of the drone, DJI has packed multiple pre-programmed modes into the Mini 2 for different shooting situations.

The DJI Mini 2 features the same type of folding design found on the Mavic Mini, as well as an upgrade to the OcuSync 2.0 transmission tech that connects the drone with the controller. The enhanced reliability is made possible by dual-frequency tech that automatically toggles channels to deal with any interference the drone may encounter.

Consumers can expect a maximum transmission range of around 6.2 miles, which is a huge 150-percent improvement over the Mavic Mini. As well, the motors upgrade means the Mini 2 offers 31 minutes of flight time, as well as faster speed and the ability to handle winds up to 24mph. 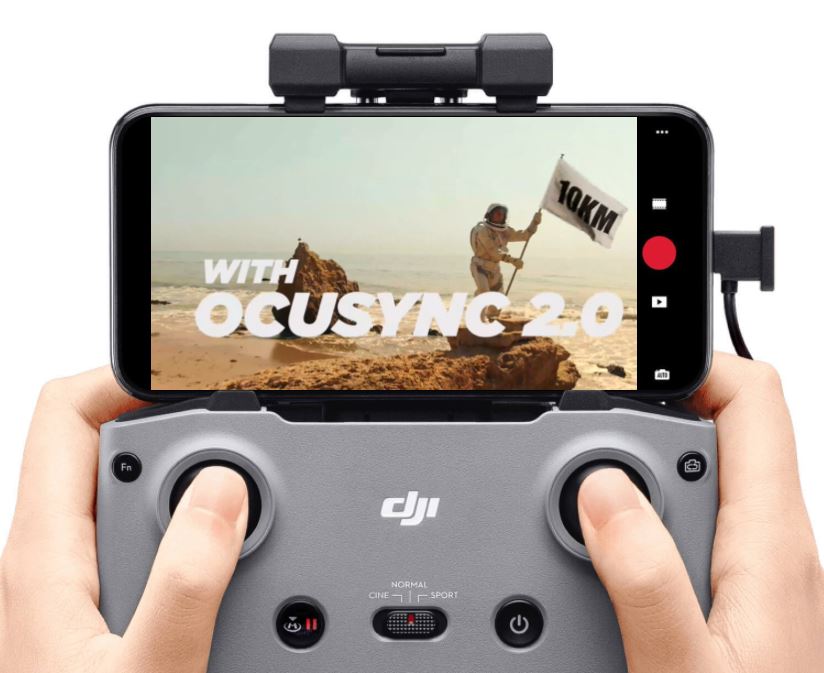 As expected, users will be able to view a live feed from the drone’s camera on their smartphone. DJI has packed a number of imaging capabilities into this model, including pre-programmed modes and movements called QuickShots — these include things like Helix, Rocket, Circle, Dronie, and Boomerang.

Users also have the ability to capture sphere images that are automatically stitched from 26 separate photos, as well as 180-degree panoramas and wide-angle shots made from nine images.

Beyond the camera capabilities, DJI notes that it has a number of add-ons available for the Mini 2, including a snap adapter for putting a small display on the drone, a DIY creative kit, charging display case, 360-degree propeller guards, and a DJI Mini Bag+.

The DJI Mini 2 is now available to purchase from authorized retailers and the DJI online store for $449 USD. The company is also offering a bundle with extra batteries and more for $599 USD.