Flying a drone and using it to record video or take pictures is a pretty exciting experience all its own, but if you want to make it more exhilarating, then DJI‘s new Goggles might be for you. Though DJI Goggles don’t really have much of an inspired name, they’ll give you a birds-eye view of the action as your drone flies through the sky. If any of the many drone accessories are worthy of your consideration, it sounds like it might be these.

Originally revealed alongside DJI’s Mavic Pro, it initially sounded like DJI Goggles wouldn’t be available separately. We now know that isn’t the case, with listings for standalone Goggles appearing on DJI’s website. This listing is accompanied by a list of technical specifications, so today we’re getting a better idea of what we can expect from this headset.

There are certainly some similarities between DJI Goggles and virtual reality headsets. The Goggles will use a beam splitter to present each eye with an image that offers 1920×1080 resolution per eye. When paired with the Mavic Pro, you’ll be able to choose between two viewing modes: high framerate, which outputs at 720p and 60 frames per second, or high quality, which outputs at 1080p30. 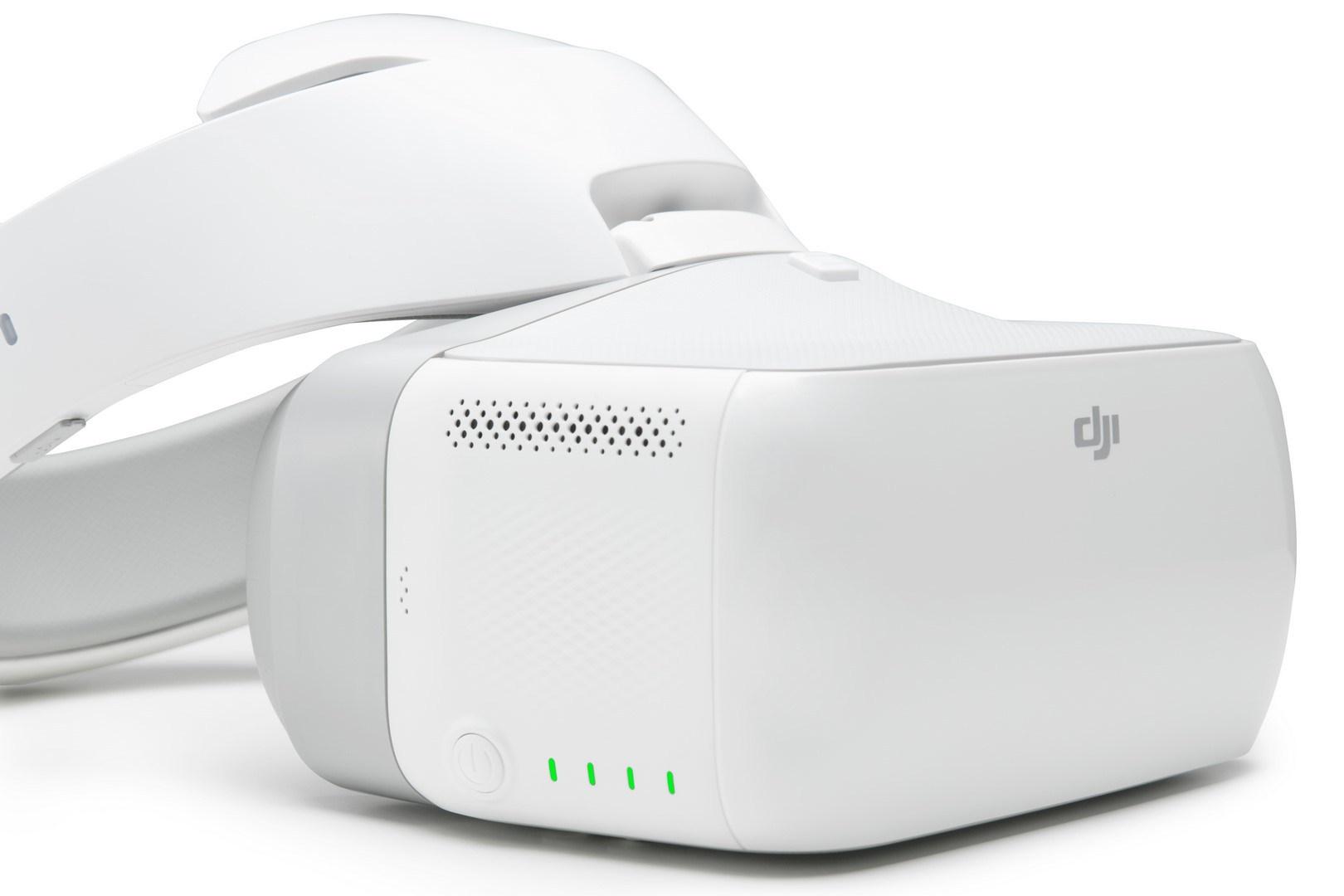 That certainly isn’t bad, and you can even use DJI’s OcuSense to pair two DJI Goggles to a single Mavic Pro. A touch pad built into the side of the Goggles will allow you to use a number of different controls, activating features like Terrain Follow, ActiveControl, and Cinematic Mode.

You’ll also be able to control the movement of the drone itself with DJI Goggle’s Head Tracking. If you don’t want control of the entire device with your head movements, you can always hand off the physical controller to someone else and set Head Tracking to only control your drone’s gimbal. So, not only do DJI Goggles give you another way to view the content your drone is capturing, but they also give you a way to control the drone itself.

Though DJI Goggles were clearly designed with the Mavic Pro in mind, you’re not limited to just that drone when using them – you’ll be able to use them with the Phantom 4 series and the Inspire 2 as well. You can pre-order a pair today for $449, but you still have a little while to wait before they arrive, as DJI won’t be shipping them out until May 20.