Ditto catch Pokemon GO and how to find post-Thanksgiving event

Pokemon GO’s most sought-after pocket monster of the moment is Ditto, and today we’re running down the ways which it can be caught. How Ditto is caught is by chance – Ditto is a transforming Pokemon. Ditto hides as a variety of different Pokemon, each of which wouldn’t normally necessarily be highly valued. As such, Niantic is driving up the need for Pokeballs since Pokemon generally looked over are now also regarded highly.

The image above comes from Reddit user Orelsewhat who attained this perfect score this weekend. Thanksgiving weekend, that was, and the “Pokemon GO Celebration” event. As such, and given it was the user’s 7th day of a First Catch of the Day streak, catching a new Pokemon with an Excellent Throw and a Curveball, it was perfect. Without this and a Lucky Egg, there is currently no way to get a higher amount of XP in a single Pokemon catch. 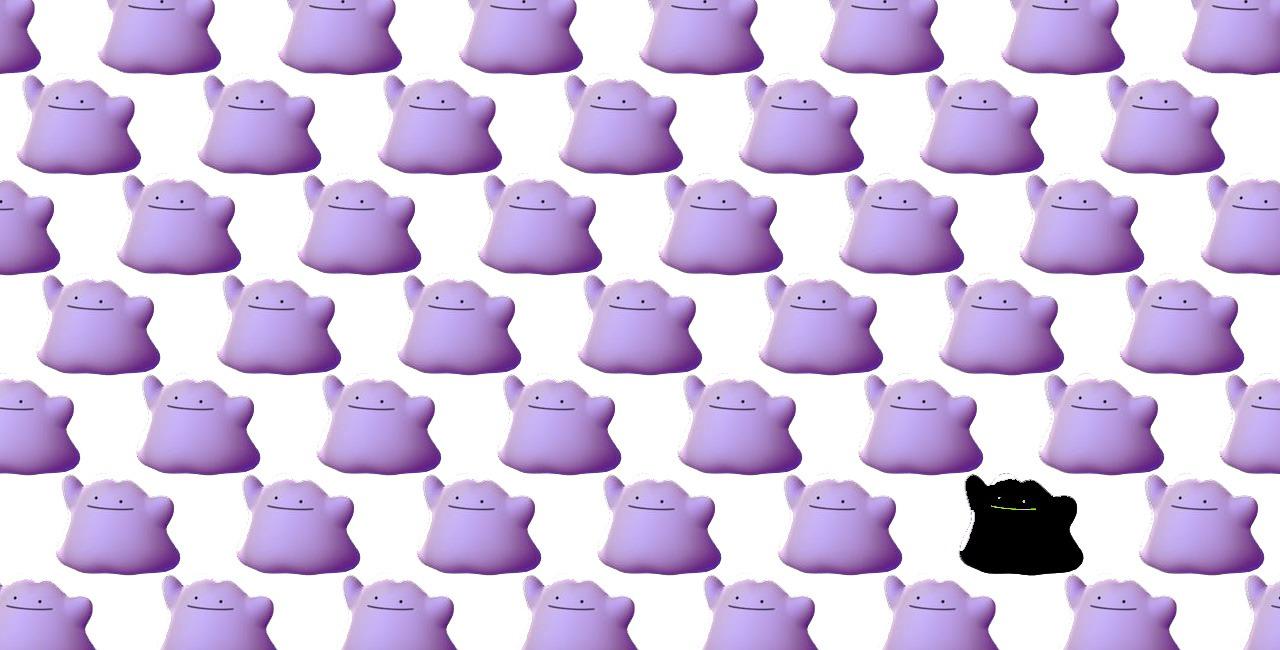 The key to finding and capturing Ditto in Pokemon GO has to do with rings. The circle that appears around the Pokemon when the user has their finger pressed to the screen, holding a Pokeball. That ring corresponds with the chances the Pokemon will be caught – Green to Yellow to Red, high to low.

If a level 63 Pidgey appears, it should have a green ring around it as a Pokeball is held. As the base capture rate of a common Pokemon is either 40% or 50+%, Ditto will appear differently as it is closer to 16% BCR. If the ring is not green, but yellow (or even closer to red), this Pokemon is almost certainly a Ditto in disguise. 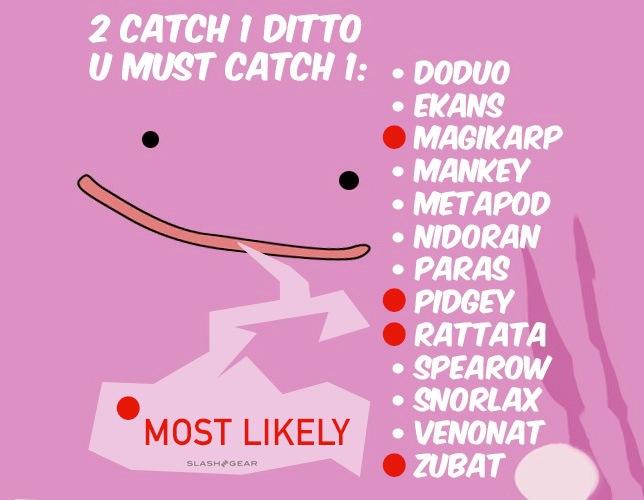 The Pokemon Ditto most commonly disguises itself as is Pidgey, while Rattata takes a close second. This is according to insanely extensive data provided by Reddit user Paanvaannd. He also shows that Zubat comes in a distant 3rd and Magikarp immediately behind Zubat. Oddly he also observed Ditto appear in 2 Snorlax and 2 Porygon, as well.

This week will be the big Ditto hunt, especially once the Thanksgiving event is done in earnest. Double-XP seems to still be going strong for now, but could be over at any moment. Stick around as we follow the next big release!