Disney leadership seems to be chomping at the bit to get Disney properties back in running order as soon as possible. They’ve already reopened the Disney Springs at Walt Disney World Resort, as well as Shanghai Disney Resort, now they’ve sent a proposal for additional openings to the Orange County Economic Recovery Task Force in Florida. Their plans include a July 11 opening of Walt Disney World Resort’s Magic Kingdom Park and Sidney’s Animal Kingdom.

After the July 11 opening of MK Park and the Animal Kingdom, Disney proposed that they’d open EPCOT and Disney’s Hollywood Studios on July 15, 2020. Openings of these parks and properties will, according to Disney, be a far more “deliberate approach” than they’ve had in the past. That means limits.

Limits will be set on attendance as well as “controlled guest density.” Disney outlined how they’d work with state guidance on physical distancing – starting with the larger “group gatherings” that’d otherwise happen at Disney parks.

If you’re a Disney Vacation Club member, you can still make a new reservation. Otherwise, no new ticket sales or hotel reservations will be allowed, until “existing ticket holders” and Annual Passholders are given the opportunity make reservations first. 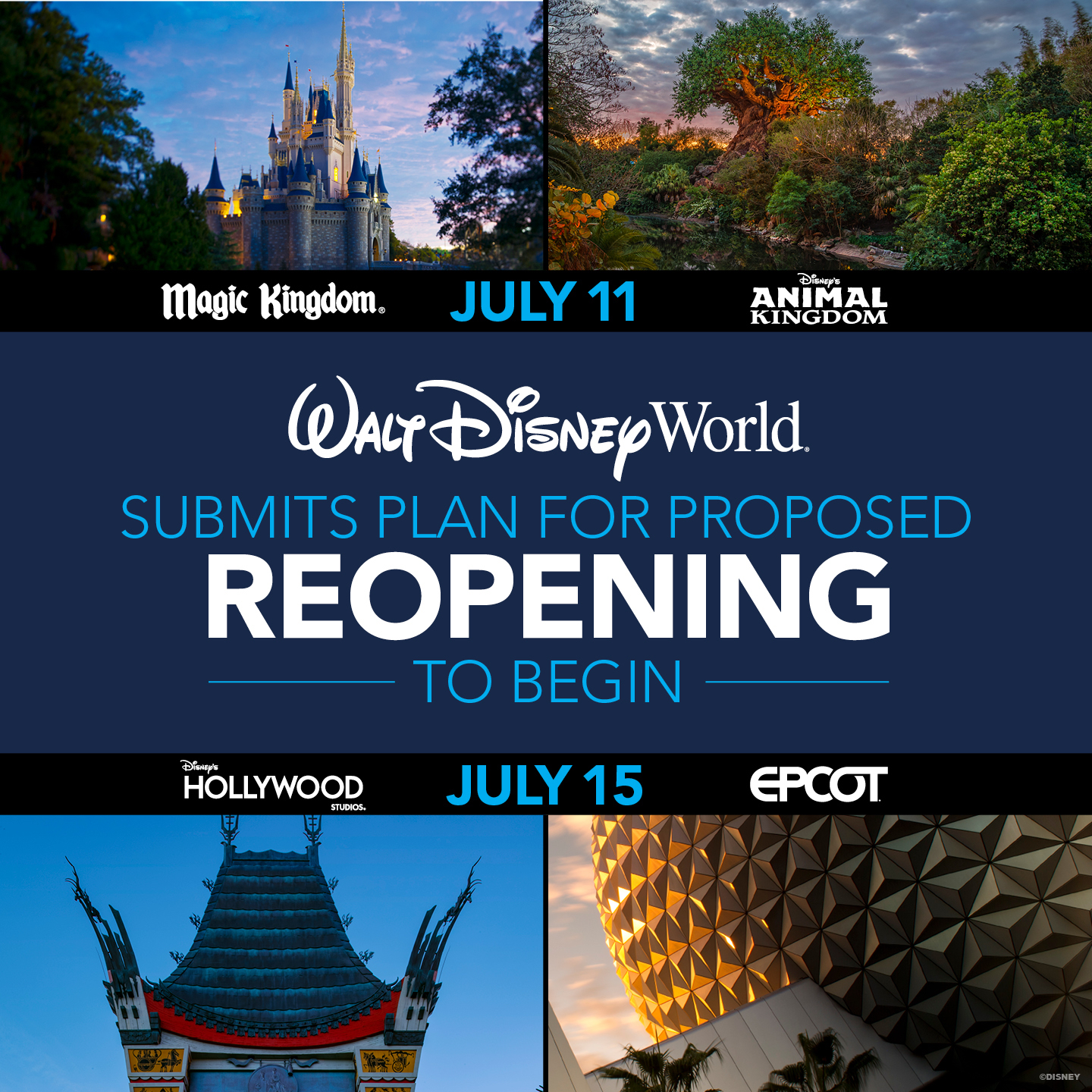 Disney Vacation Club Resorts in Vero Beach, Florida and Hilton Head, South Carolina will be open to members and guests as early as June 15, 2020. June 22 will be the reopening date for Disney’s Fort Wilderness Resort & Campground as well as Disney Vacation Club resorts at Walt Disney World.