Disney claims media rights to all #MayThe4th replies to one Tweet

This morning the official Disney+ Twitter account suggested that Star Wars fans could celebrate the next big holiday with the biggest brand in the galaxy. “Celebrate the Saga,” they said, “Reply with your favorite #StarWars memory and you may see it somewhere special on #MayThe4th.” The followed up to this message with a bit of lawyer language.

The follow-up message saw more replies than the original, as the idea that it’d hold up in any legal sense seemed utterly absurd to the masses. “By sharing your message with us using #MayThe4th,” said the account, “you agree to our use of the message and your account name in all media and our terms of use here: disneytermsofuse.com.” 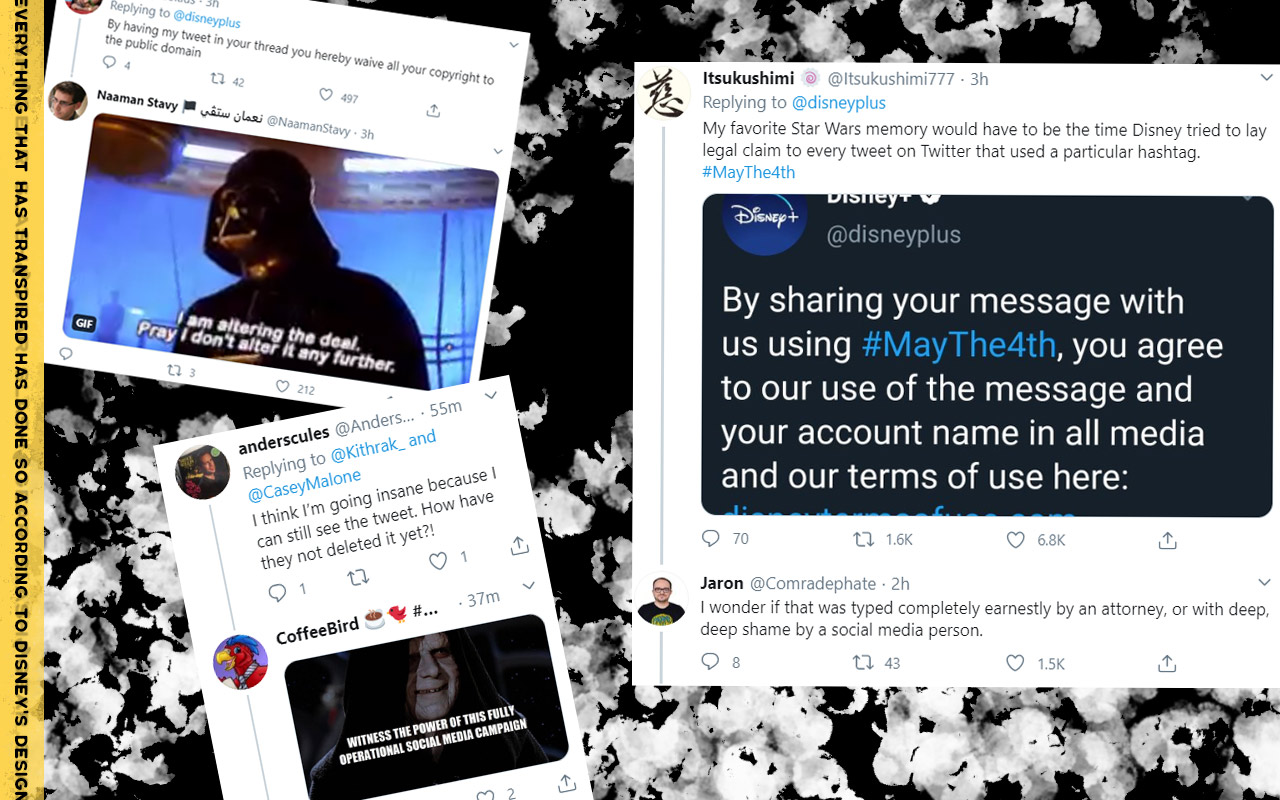 The internet is an odd place when it comes to legal disputes over what constitutes common knowledge and a reasonable attempt to inform a party of their intent. In this case, the team behind the Disney+ account seemed to imply that they had the right to capture messages Tweeted with the hashtag #MayThe4th, then to share those messages anywhere outlined by their Disney Terms of Use webpage listing. 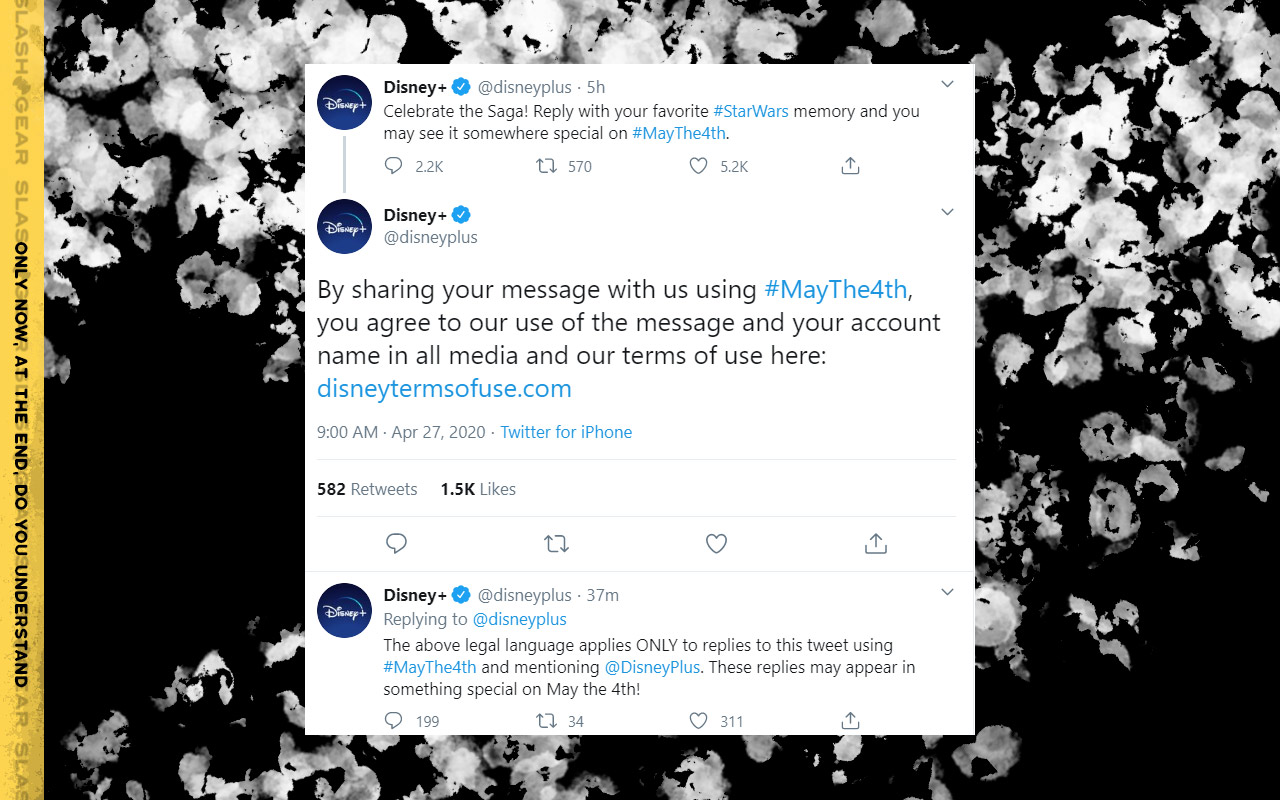 UPDATE: The official Disney+ Twitter account followed up to the original “legal language” Tweet with a clarification of sorts. They suggested that “The above legal language applies ONLY to replies to this tweet using #MayThe4th and mentioning @DisneyPlus. These replies may appear in something special on May the 4th!”

It could be something neat – there might be a video posted to an official Star Wars YouTube page. They might make something that’ll appear on Disney+, in the form of a video on the streaming service. They might print up a bunch of screenshots of your Tweet and drop them from an airplane over the Atlantic Ocean – really, they’ve opened up the door for a whole lot of anything.

What do you think? Does Disney have a legal leg to stand on?