Say the name DeWalt and what comes to mind for most people are tools for construction and other industries that you see down at the local home improvement store. DeWalt has followed Caterpillar into the rugged smartphone market with a device that even looks a lot like the Caterpillar offering. The DeWalt Phone has an IP68 rating to resist fine dust particles and can be submerged in 2 meters of water for up to 30 minutes and survive.

The fully rugged device meets MIL-STD 810G meaning it is made to survive drops from 2 meters onto concrete, extreme temperatures and barometric pressures along with being resistant to spills and vibration. The smartphone does support 4G LTE connectivity and has Qi wireless charging capability. That means all you need to do is flop it onto a charge pad and walk away. 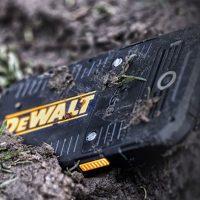 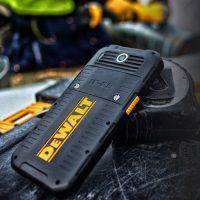 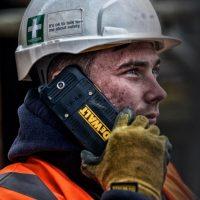 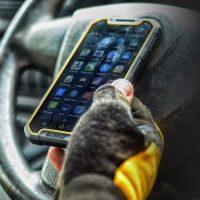 The smartphone has a 5-inch HD Bright View screen covered in Gorilla Glass 3 that is designed to be used with gloves on. The speaker is amplified for better hearing when on a noisy job site. The smartphone is equipped with GPS, AGPS, and GLONASS. The OS is Android 5.1 Lollipop out of the box and the smartphone has 16GB of storage with a microSD card slot. The processor is a MT6735 running at 1.3GHz paired with 2GB of RAM.

Power comes from a 3950 mAh battery and the phone supports dual SIM cards and NFC. The rear camera is a 13MP unit with the front camera a 5MP unit. Bluetooth 4.0 is featured along with WiFi, an FM tuner, and an MP3 player. Pricing is said to be around $544. One thing that the DeWalt offering lacks that the Caterpillar phone offers is the FLIR integrated thermal imaging camera.