Devialet’s Phantom resembles something from Portal, has audiophiles by turns fuming or fawning, and squeezes up to 3,000W into a casing some physicists say shouldn’t work. The first all-in-one music system from the polarizing French firm, Phantom’s odd looks are, Devialet claims, merely the side-product of its homegrown pressurized drivers and hybridized analog/digital amplifiers. That means the big story is in the sound, but can this sci-fi prop of a speaker really be worth its $2k price tag?

Devialet will ship two versions of Phantom come July. $1,990 gets you the 750W, 99db model – the version I’ve been testing – while $2,390 snags the Silver Phantom. That musters a frankly ridiculous 3,000 watts and 105 dB, and is not least, Phantom project director Romain Salzman told me in a moment of distinctly French bluntness, a retort to the company’s naysayers. 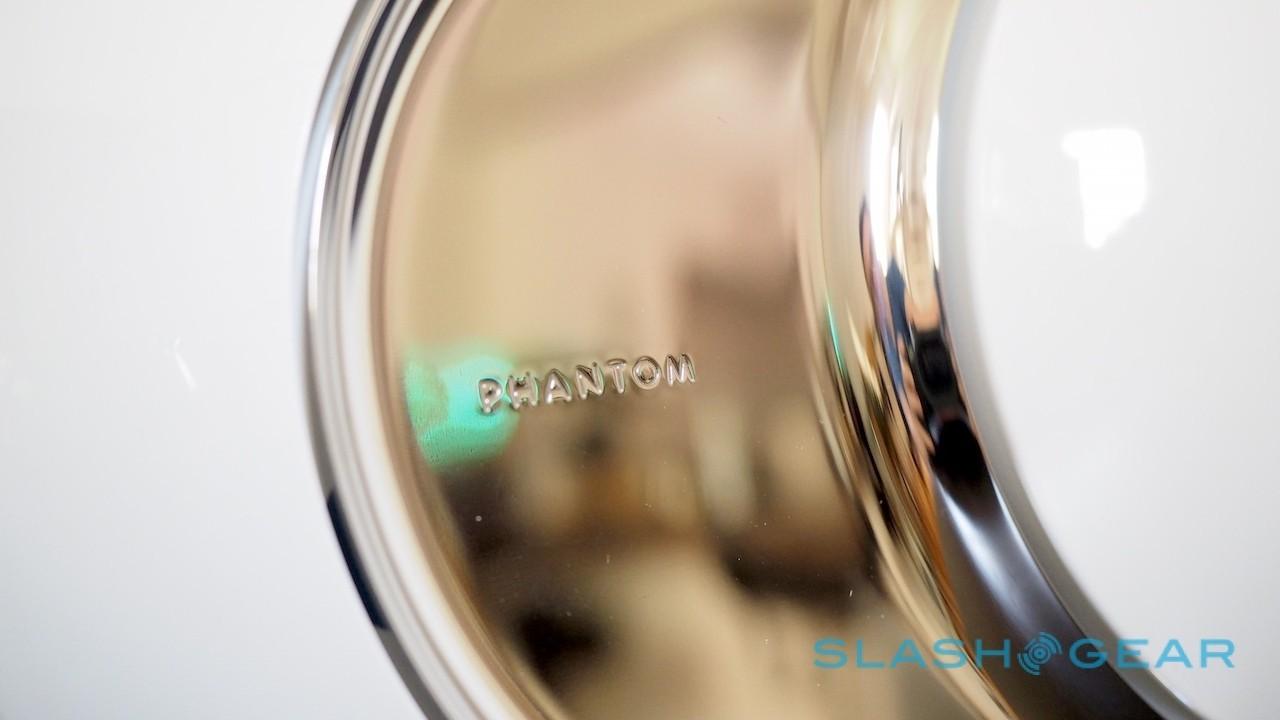 Both are based on Devialet’s pride and joy, a sound technology dubbed Analog/Digital Hybrid or ADH. In short, the engineers combine class A analog amplifiers with class D digital amplifiers, with the goal of augmenting the musicality of the former with the power and efficiency of the latter.

The technical side runs to reams of pages and a fair proportion of Devialet’s 88 patents, but boils down to the digital side doing the heavy lifting across the frequency range, while the analog side then does the final smoothing. It’s been in use since Devialet was founded in 2007, and ADH is already offered in the company’s standalone amplifiers which run the gamut from $7,000 up to $30,000.

As you might expect of the audiophile market, both Devialet’s claims and technology have provoked some controversy. $30k might sound like a lot, but in the high-end audio world it’s a relative drop in the ocean. Some well-heeled and keen-eared music lovers have completely fallen for the charms of the Devialet amps and praised them for besting components exponentially more costly, while others remain highly skeptical: think the Apple-effect, only in stereo components not computers, phones, or tablets. 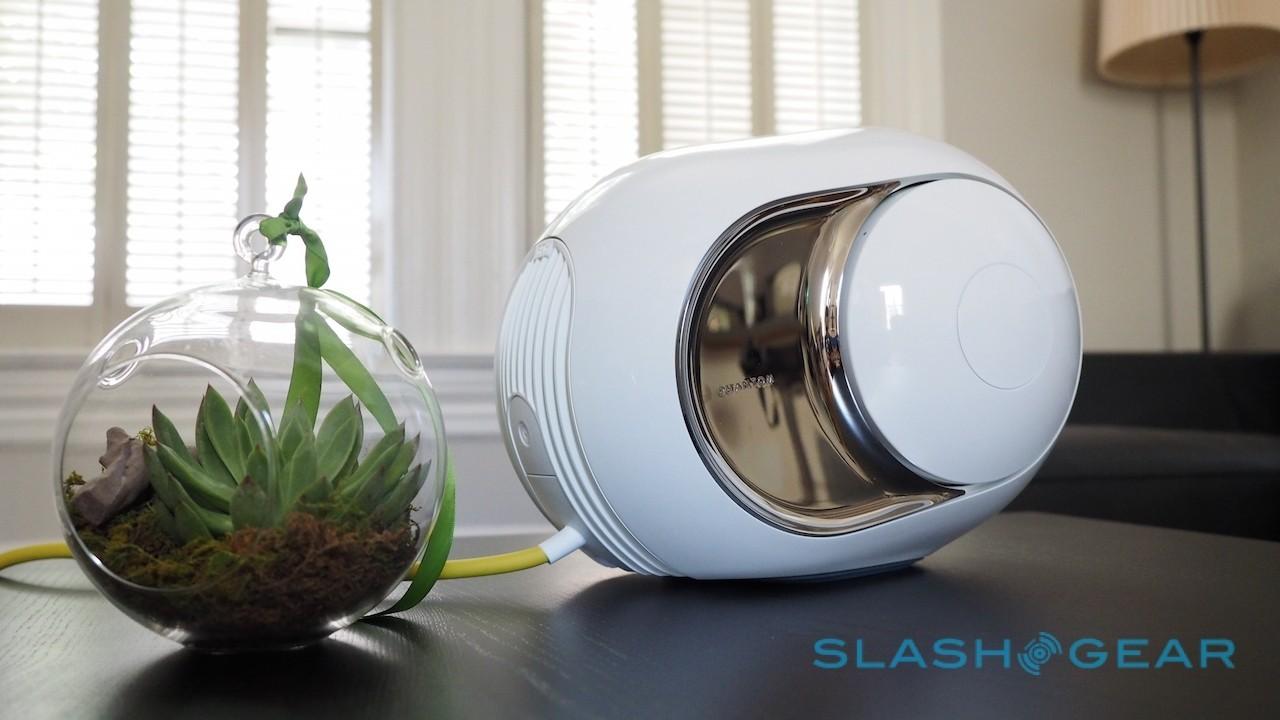 For Phantom, ADH got a makeover. In fact, it took four years of development – not to mention around $30m in investment – to shrink the ADH amplification circuit into a chip roughly the size of your thumbnail.

Devialet pairs it with another homegrown technology, Speaker Active Matching (SAM), which is effectively a type of pre-emptive speaker modeling. By learning a speaker’s distinct sound reproduction style, SAM can process the audio input so that, when the speaker’s foibles have had their way, it’s as close as possible to the original recording. When used with Devialet’s standalone amps it requires owners have speakers from a list of approved models that the engineers have “taught” to SAM. 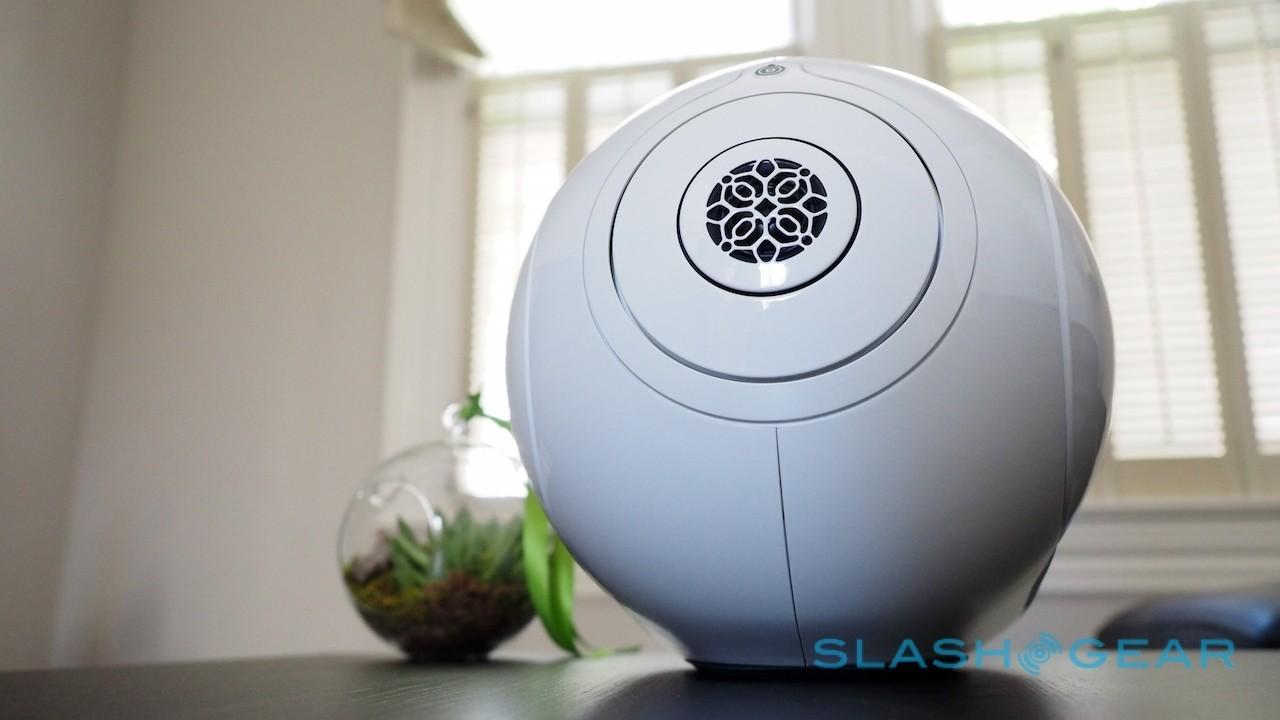 In Phantom’s case, Devialet knows the speakers very well since they’re of their own creation. In fact, everything about the unusual system is produced in France by one of the firm’s 22 factories.

On either side there’s a woofer, with an aluminum cone and a pressurized interior, up to 20x as high as in a conventional speaker. On the front, a tweeter in the center is surrounded by a midrange cone. All the components are solid-state, and there are no wires inside. Devialet claims a frequency range of 16Hz to 25kHz – the more typical range is 20Hz-21kHz – and no clipping, since by the time it might happen the speakers are outside of the point of human hearing.

There are a couple of disclaimers to get out the way first. For a start, Devialet provided me with a near-final version of the US Phantom, the biggest shortcoming of which being its absence of WiFi and Bluetooth support. 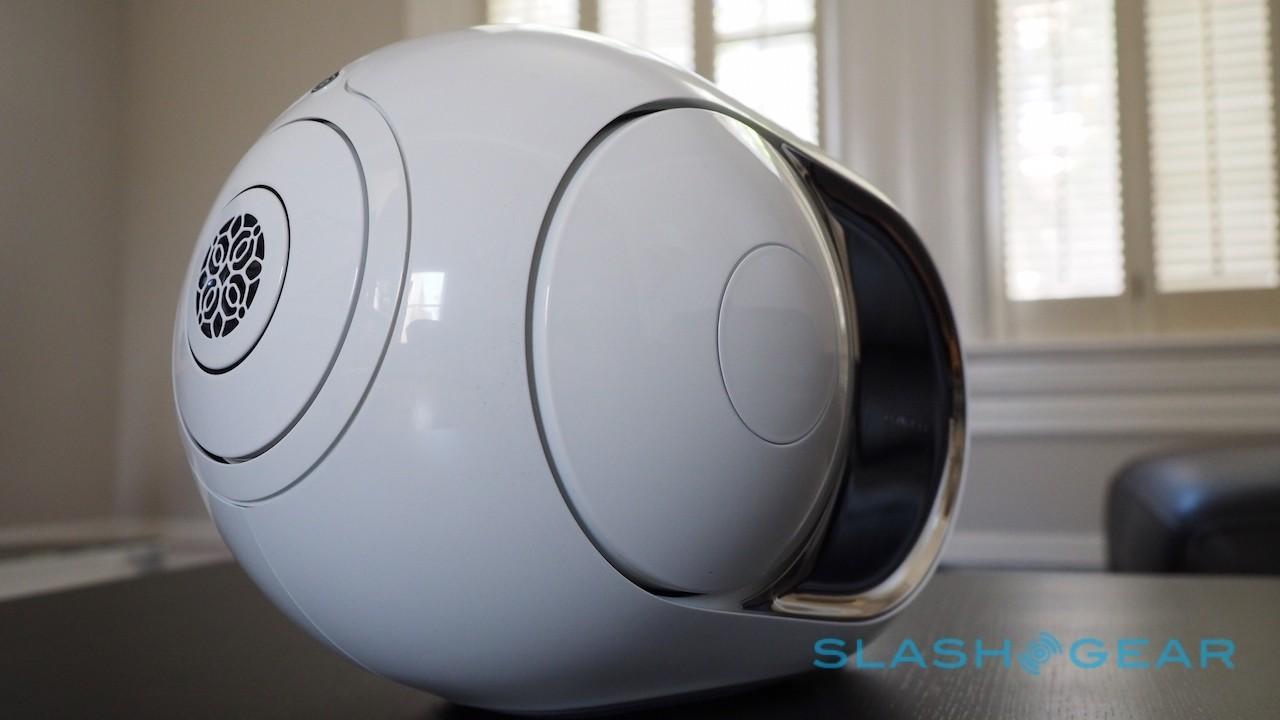 Instead, the system was hooked up to a Bluetooth streamer via Toslink optical audio. Another bug required any audio source to be set to output in mono not stereo; that would’ve been a bigger issue had I been equipped with twin Phantoms, but wasn’t so pressing with only one.

Retail buyers will get the free Spark app, which runs on iOS devices and allows music to be channeled wirelessly to the Phantom, along with two or more to be linked together – either as stereo pairs or a multi-room system of up to 24 units. Alternatively, they’ll be able to Bluetooth-pair any phone or laptop, and pipe music over from whatever source they want.

Had I Devialet’s Dialog audio router meanwhile, a $239 accessory, I could’ve used it to do the same thing either through WiFi, gigabit ethernet, or PowerLine networking, including distributing the Toslink input on any one unit to all the rest. 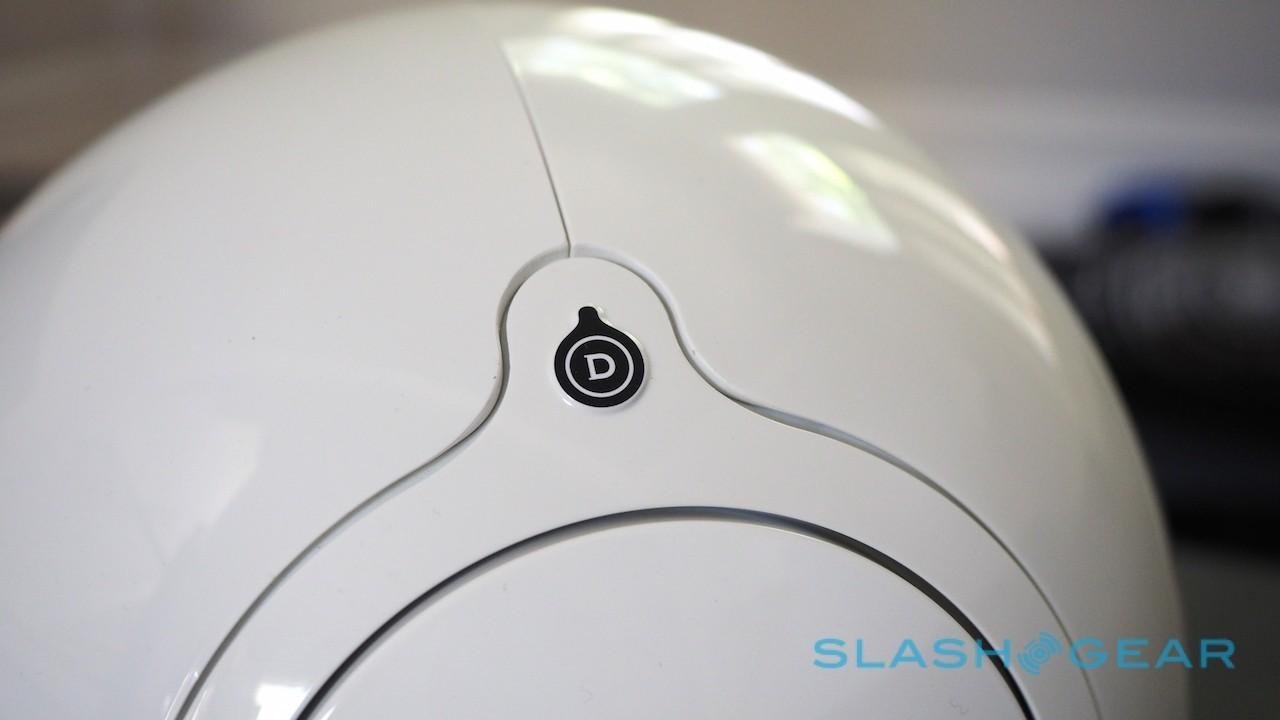 With Spark, you can pick from the music saved on your phone. With Dialog, you can play music from a local source, from a network-attached drive, or from streaming services like Tidal and Deezer, though no Spotify and no word on Apple Music quite yet.

And so, to the sound. Usually, when I’m listening to music, I rely on a Sonos system streaming either from a NAS on my home network or through Spotify. I compared Phantom with a PLAYBAR, Sonos’ speaker bar, which has a sticker price of $699, and with a range of what I’d call typical music options for the target audience. 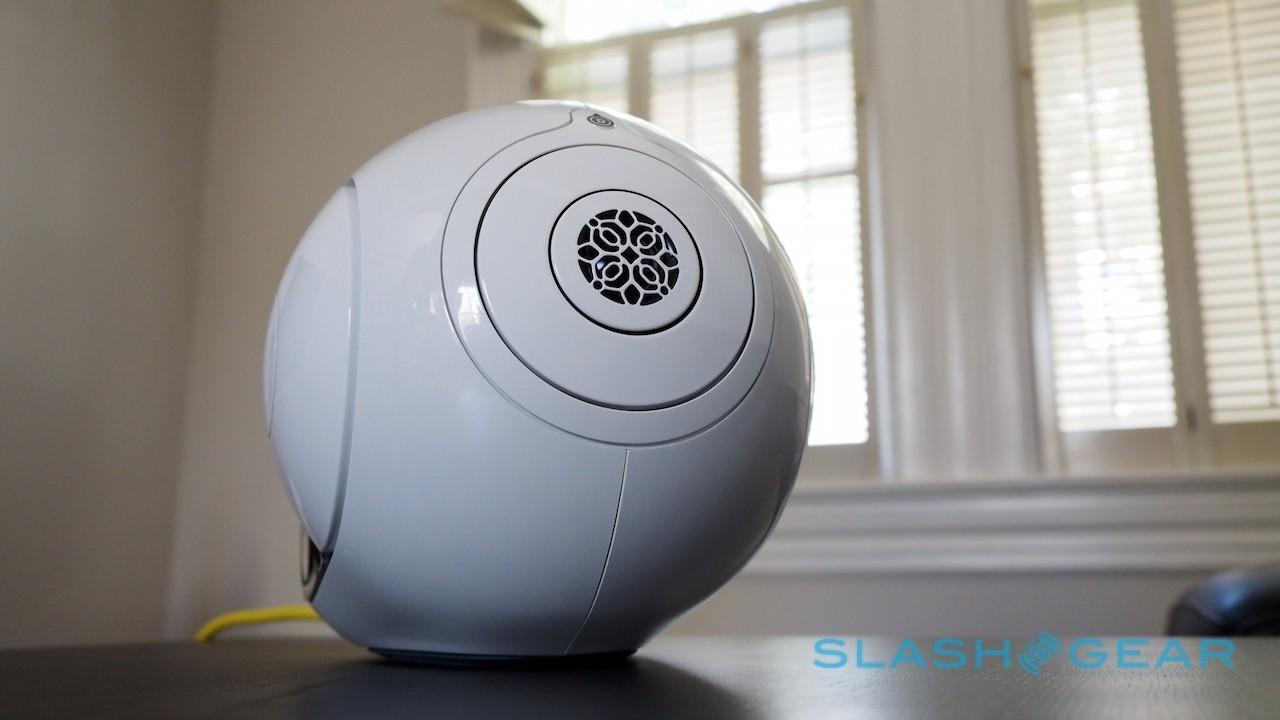 That meant tracks streamed through Spotify (either through Sonos’ integration, or streamed over Bluetooth from my iPhone to the Phantom) or cached locally in Spotify at the highest quality level offered, and a range of downloaded music spanning basic MP3s, through 320 kbps files, and topping out at lossless tracks. Sometimes I’d do back-to-back comparisons, playing the same track multiple times but switching between systems; other times I’d just set the Phantom playing and see how well it engaged me.

Devialet promises aural astonishment, and though I was never driven to tears – blame, perhaps, my British stiff-upper-lip – the Phantom certainly delivered a more engaging sound. There’s a clarity and presence that’s clearly noticeable: vocals cut through like crystal, the breaths and sibilance of the singers making them more lifelike. It’s a cliché to say it sounded like they were in the room with me, but they were definitely more distinct than from the PLAYBAR. 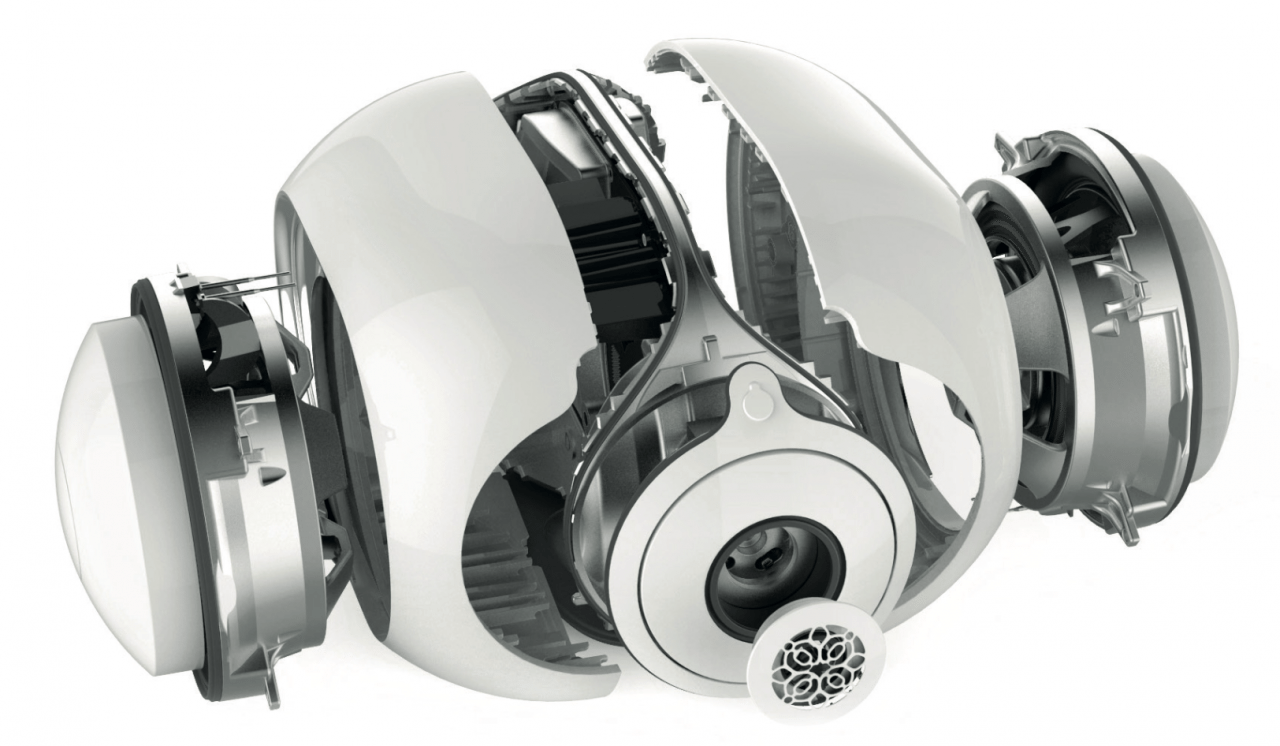 With no subwoofer, and given its relatively small footprint, I’d wondered if the Phantom would suffer a shortage at the low-end. I’d needn’t have worried: you can easily reach neighbor-infuriating levels without encountering any distortion, the Phantom’s woofers visibly shuddering and shimmying like the cheeks of a pufferfish. At over 23 pounds, though, the unit itself doesn’t budge no matter what the acrobatics of the cones.

Then there’s the midrange. Think complex, and luscious, and engaging: I’d never describe the PLAYBAR as muddied, but Devialet’s system brought out new details I’d never heard before in otherwise familiar tracks. 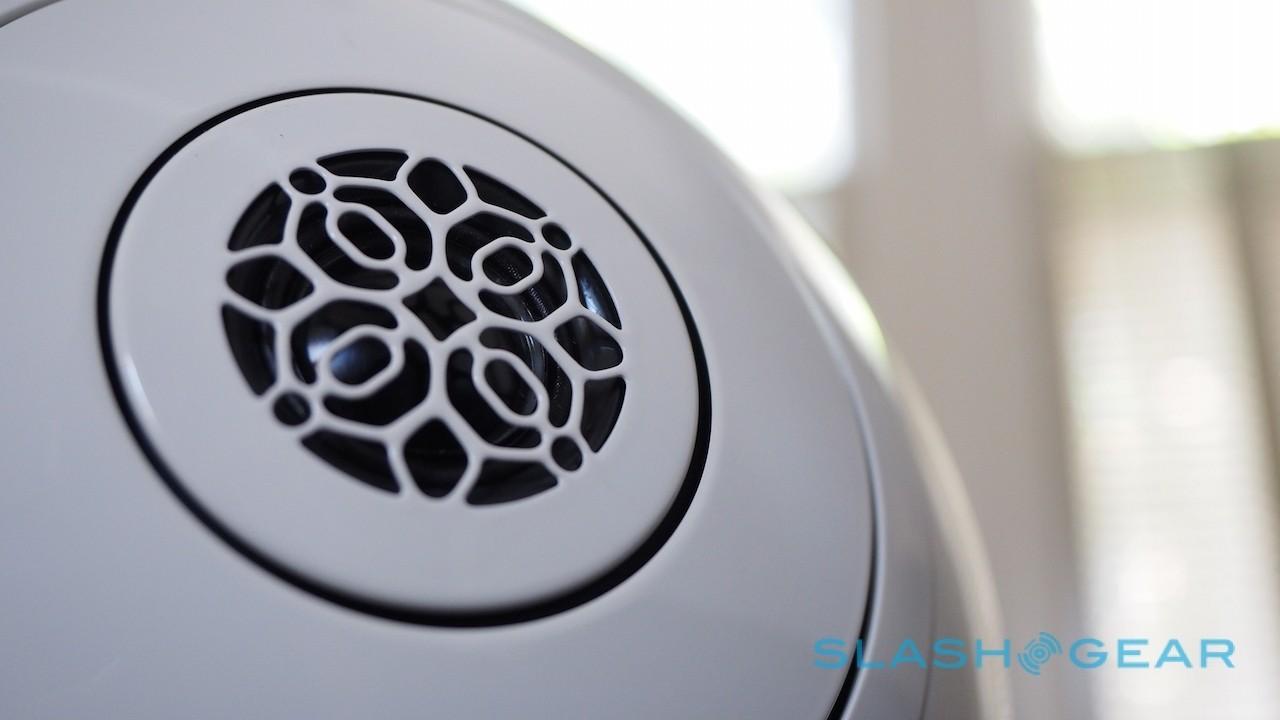 By way of example, I’ve been on a Rob Dougan kick of late, revisiting his incredible 2002 album Furious Angels – several tracks of which were popularized by their inclusion the Matrix soundtrack – as well as his recently-released orchestral EP. Dougan’s gravel-throated singing can end up slurred and messy on lesser speakers, but the Phantom delivered just the right mix of clarity.

Meanwhile, the combination of neo-classical melodies with throbbing trip-hop baselines refused to shake the Phantom’s resolve. As one fellow listener commented after I’d played Clubbed to Death for the third or fourth time in a row, “it just sounds better.”

Phantom isn’t a complete home-run. Devialet claim it’s omni-directional thanks to the smooth, rounded design, though while there’s certainly a broad sweetspot, you can’t really sit behind the speaker and still get the same experience. 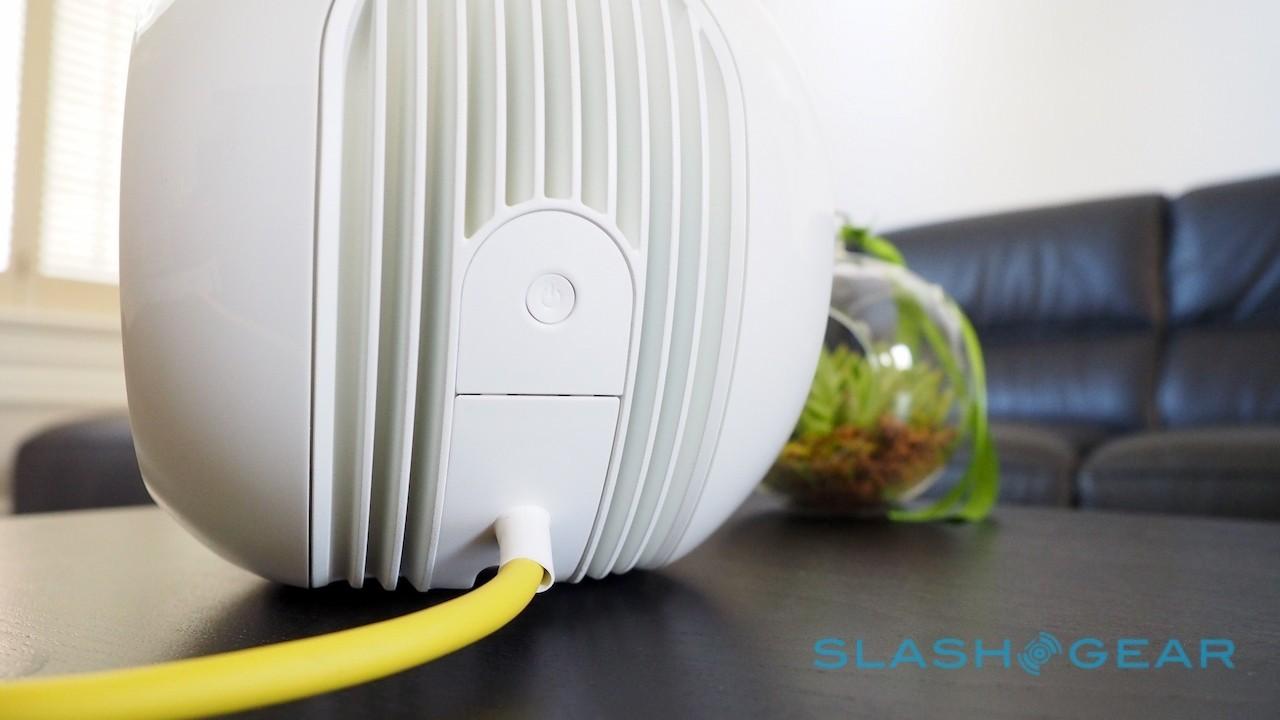 It’s also lacking in local controls: aside from a power button at the back, there’s not a single button or switch to be found. If you want to tweak the volume, or pause playback because the phone is ringing, you’ll need to dig out your phone and summon the app. Devialet does have a dedicated remote in the pipeline, but pricing and availability are yet to be confirmed.

Also to be offered are speaker stands, that the company has dubbed “Branch” and which bring the Phantom to roughly waist-height. Again, no word on when they’ll go on sale or for how much, but don’t think about wall-mounting: you’d need some serious reinforcement, and there are no suitable brackets out there anyway. 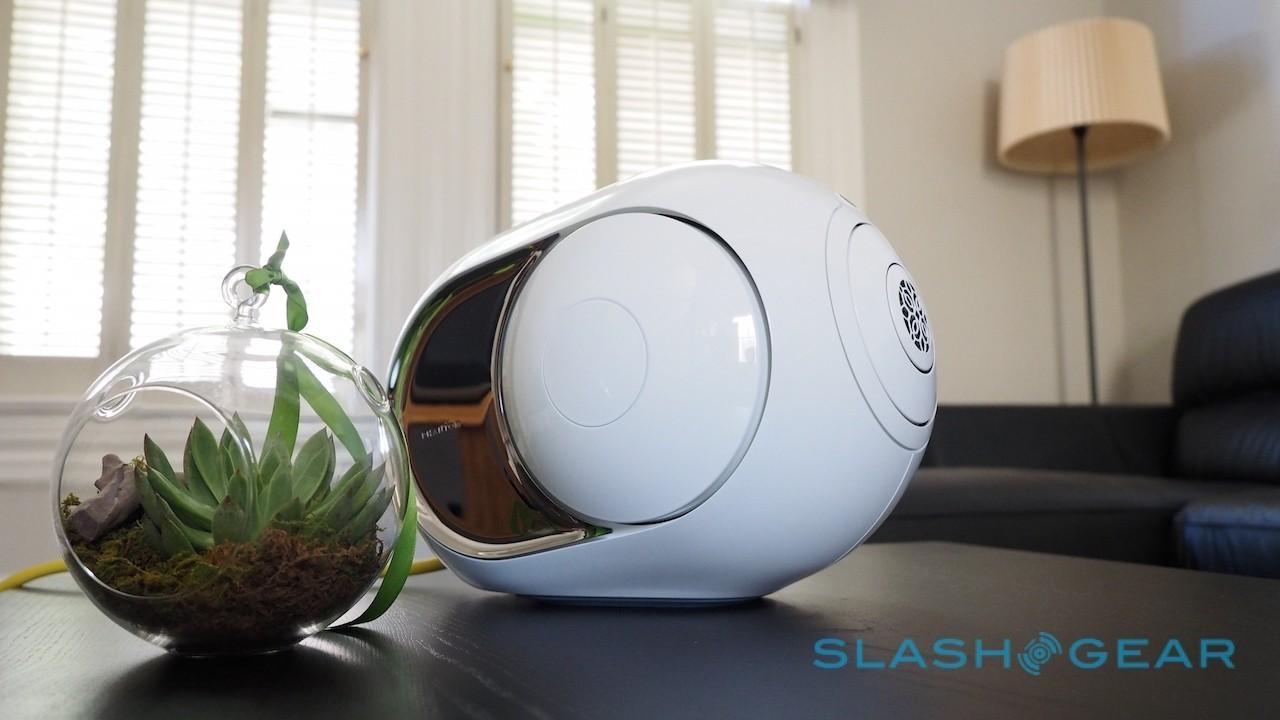 Listening to Salzman explain how Devialet hopes to be the leader in audio in 10-15 years, it’s easy to scoff at the French firm’s ambitions. The clutch of acronyms and “hybrid” technologies can easily provoke skepticism, too.

To paraphrase – and butcher – Shakira a little, however, your ears don’t lie. I’m going to bypass the audiophile sparring and tell you what I’d want to be told: in the Phantom, Devialet has made an astonishing, clean, crisp, and engaging music system. True, it’s expensive, but you can be guaranteed there’s nothing else out there much like it. Most importantly, you don’t need to read the white paper or understand the physics to enjoy the aural reward. 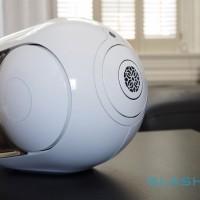 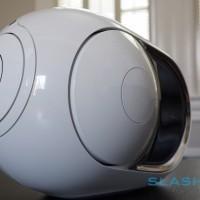 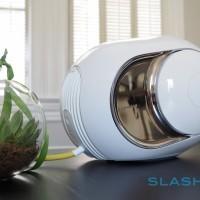 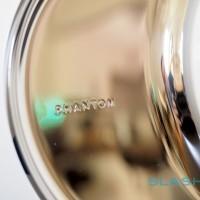 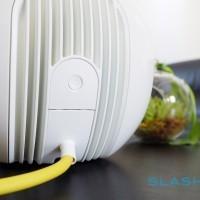 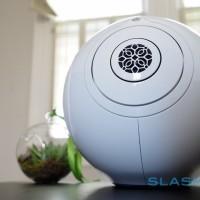 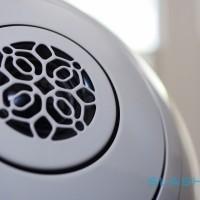 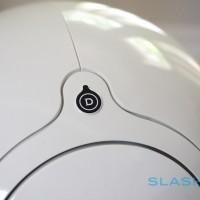 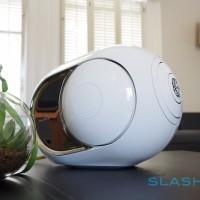 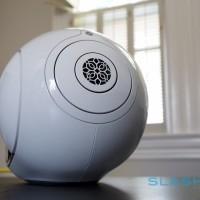 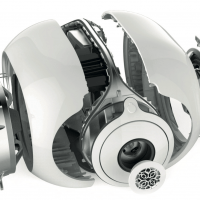