It has been half a decade since French acoustics master Devialet launched its unique all-in-one speaker that has split audiophiles into camps. While few would deny that it sounds great, its price tag and design also left some less enthralled by the capsule-like audio marvel. Of course, Devialet has always dabbled in more luxurious products that try to give buyers their money’s worth, and the new Devialet Phantom I is proof that it hasn’t turned away from a product that it describes as one of its most revolutionary and iconic masterpieces.

The Phantom I remains faithful to the rather eccentric design of the original that shattered expectations of what a speaker should look like. Despite that, Devialet still gave it some subtle upgrades, like using a less slippery matte finish and offering two color options. Not all external changes are merely aesthetic, however, and this next-gen all-in-one speaker boasts of new LEDs to show its status at a single glance.

The most important changes are, of course, inside, mostly on the electronics part of the equation. There’s a new system-on-chip, for example, that promises signal processing and amplification on a single chip. Feature upgrades also include support for multi-room configurations with other Devialet Phantom speakers as well as support for Apple AirPlay 2 audio streaming.

Despite all those changes, Devialet still keeps the patented technologies that made the first Phantom and many other Devialet speakers special. Those include the company’s favorite acronyms, like Analog Digital Hybrid (ADH), Speaker Active Matching (SAM), and Heart Bass Implosion (HBI) just to name a few. 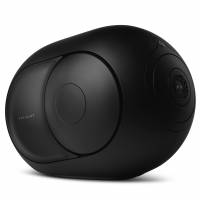 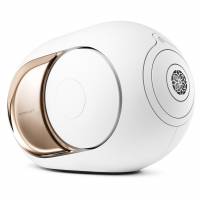 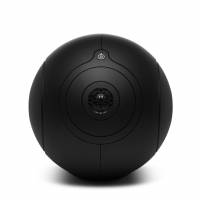 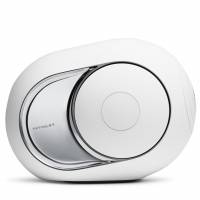 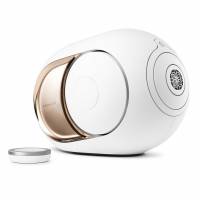 Another thing that hasn’t change is the price tag, with the Devialet Phantom I retailing for 1,890 GBP ($2,590). In addition to being available in two color options, the all-in-one speaker now also offers two power level options, one with a 103 dB SPL max volume and 16Hz to 25kHz bandwidth and another with 108 dB SPL volume and 14Hz to 27kHz range.