The first Deus Ex became a cult classic because of how it bended and blended genres, a daring proposition during its time. The third installment and the upcoming fourth follow up have revolutionized the franchise, bringing it to current graphics standards and tastes. And now, they’re doing genre bending revolution on mobile. In the tradition of Hitman GO, Lara Croft GO, but not Pokemon GO, Square Enix has finally released Deus Ex GO for Android and iOS, taking the now familiar puzzle game mechanic and slapping on a futuristic, cyberpunk aesthetic.

Hitman GO, despite its odd take on the action stealth game, turned out to be quite a hit (ha!) with mobile gamers, especially since it offered bite-sized gameplay not exactly conventional on PCs and consoles. Sensing a possible cash cow, Square Enix followed it up with Lara Croft GO, timing it with the release of the rebooted Tomb Raider games. And now, with Deus Ex: Mankind Divided just days away, it is giving the same treatment to the sci-fi franchise.

Like the other two GO games, the basic gameplay of Deus Ex GO is a turn-based stealth puzzle game, and your goal, as double agent cyborg Adam Jensen, is to uncover the mysteries behind a terrorist plot. Unlike the other two games, though, especially Hitman GO, there is enough shift in visuals to make it feel less like playing a diorama board game, with enough character animations, cutscenes, and action to qualify more as a conventional turn-based third-person strategy game. And instead of regular square tiles and straight, parallel or perpendicular paths, Deus Ex GO is filled with hexagons and diagonal lines, keeping true to the aesthetics of its bigger PC/console sibling.

That isn’t the only association with the main Deus Ex games either. Deus Ex GO allows you to hack your environment to change circumstances to your favor. And Jensen’s cybernetic augmentations also have a role to play in solving puzzles. There are over 50 levels to start with and Square Enix promises new puzzles every week. There is no word yet on whether the developers have decided to throw in a puzzle editor to give players a chance to create their own challenges to share with others.

Deus Ex GO is now available on Google Play Store and iTunes App Store for $4.99. Playing the game will unlock Praxis Kits that can be used when Deus Ex: Mankind Divided finally launches. 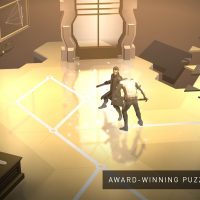 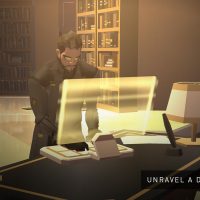 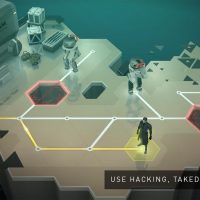 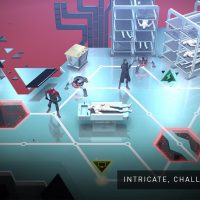 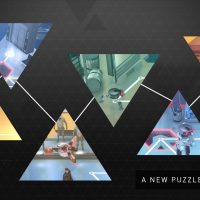