No, it’s not the name of a new game or even an accessory for a Square Enix game, but it does veer close to the topic of seemingly hi-tech devices. As a device, Aria is actually quite simple, either a Bluetooth clip or a watch strap. But in action, it gets pretty complicated. Almost like magic, it allows you to control your smartwatch just using finger gestures, freeing your other hand’s fingers for other tasks. And since smartwatches these days connect to and control almost anything and everything, your fingers can control those as well.

The science and technology behind Aria sounds simple enough. Instead of very sophisticated sensors, Aria uses tendon analysis to work its magic. The creators behind Aria claim that tendon analysis is more accurate and works even when sweat or tattoos are involved. The simplicity also means they can make Aria as small and as comfortable as possible. They then use their own software algorithms to interpret those finger gestures into actual commands. These gestures include tapping the index finger with the thumb, flicking the thumb up or down, etc. All of which can be configured to specific commands. 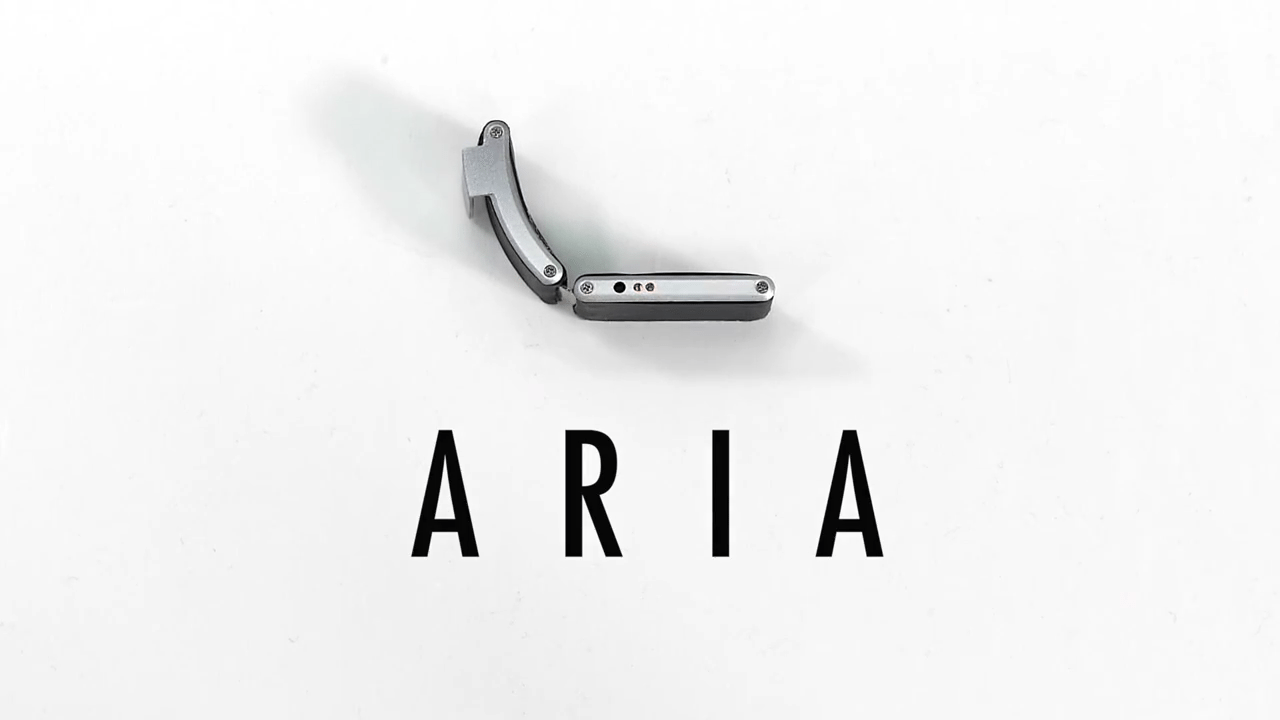 Aria currently has two different designs, depending on the smartwatch involved. For Android Wear ones, which come in a variety of shapes and sizes, Aria is a Bluetooth-enabled clip that you latch on the strap. For Pebble Time and Pebble Time Steel, on the other hand, it takes the form of a “smart strap”. Last March, Pebble revealed its plans to allow extending its smartwatch’s functionality through such strap accessories, and Aria could very well be one of the first ones to take advantage of that. Sadly, the Apple Watch is not invited to the party. At least not yet.

Although it does sound like magic, of course it isn’t. Part of Aria’s work is done by integrating it with apps, which doesn’t happen by magic. Work needs to be done to write those bridges. Fortunately, Aria provides an open source SDK to make that easy for app developers. Out of the box, Aria does let users stop or play music, answer or reject calls, check email, and control the phone’s camera.

Deus Ex Aria is currently on Kickstarter seeking funds to make production happen. It’s almost just a quarter away from its $100,000 goal, with plenty of time left. All early bird slots are gone, so a Pebble Time Aria pledge will now cost $69 while one for Android Wear is quite higher at $129.