Players of Bungie’s online FPS Destiny have been finished with Expansion I, The Dark Below, for some time now, having been released in early December. But the game developer has shared new info about when Expansion II, House of Wolves, will be available for download, as well as teasing something for this fall. Unfortunately for those in the thrall of Destiny addiction (ahem, this writer included), the second expansion is now on track for release sometime in the second quarter of 2015, pushed back from an expected March debut.

A release in March would’ve had Expansion II spaced out in a similar manner as Expansion I; House of Wolves three months after The Dark Below, which came three months after Destiny‘s initial release. But in this week’s news update, posted on Bungie’s website, the developers say we should expect the next expansion sometime between April and June.

House of Wolves will surely be similar in scope to The Dark Below, meaning the expansion will primarily focus on a new raid mission, the largest undertakings in Destiny, which throw the most difficult enemies and situations at players, and thus offer the best weapons and armor rewards. Alongside the raid are expected to be one or two new strike missions, and a handful of story missions. The new release will feature the race of enemies known as the Fallen, much like The Dark Below was about the Hive. Like Expansion I, these will not add new planets or areas, but be incorporated into the locations players are already familiar with in their original purchase of the Destiny game. 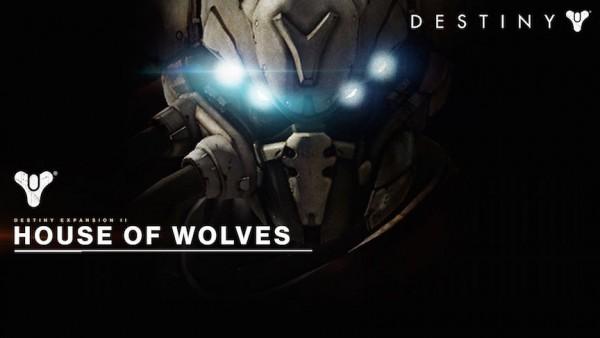 The reason for the delay is widely believed to be so Bungie can avoid the hiccups that came with Expansion I’s release, and subsequently frustrated the player community. As The Dark Below introduced higher levels of enemies, and increased the level-cap for players, many of the game’s best weapons had to be improved to still be relevant. Unfortunately, the process for updating those weapons, known as exotics, required players to trade in the gun and completely start over on upgrading it, equal to hours and hours of work.

But the part of this week’s update that tantalizes us the most is the line about plans for the game towards the end of the year. Absolutely no concrete details have been revealed at this point, but a previous leak has pointed towards a forthcoming update that will be much larger in scale compared to Expansions I & II, along the lines of adding an entire new planet to the existing four. This could mean more than one new raid, a significant number of missions meant to drive Destiny‘s overall story forward, and a large number of new armor and weapons.

Of course, we’ll have to wait for further word from Bungie before we let our expectations get too high on what’s coming this fall. But for now, we at least have a better timeframe for the next expansion, even if the wait is a bit longer than before. The only left to do now is keep upgrading armor and weapons, or keep playing with the hope to get the equipment you’ve yet to find.