Dell UltraSharp 27 4K PremierColor Monitor has a colorimeter inside

There has been a great emphasis placed on capturing great content, usually from smartphone cameras but also from DSLRs or even compacts. Taking those photos and videos for posterity is one thing. Turning them into professional edits is quite another. Usually, that is done on a computer with a monitor that might not always be configured with the best or even correct colors. It is for these wizards of visual content that Dell is launching the UltraSharp 27 4K PremierColor Monitor, the first of its kind to sport its own colorimeter inside.

For most computer and even smartphone users, the color on displays is often a matter of taste and sometimes environment. Colors can appear “warm” or “cold” to different people under different conditions. When it comes to professional work, however, you can’t always leave it to “feel”. That’s why there are industry standards for various color spaces, including Adobe’s own RGB.

Professional monitors often come boasting of being expertly calibrated before being shipped to buyers but, for one reason or another, that can change. That’s why there’s no shortage of calibration software but those often require having access to a colorimeter. Either that or you have access to a monitor like the UltraSharp 27 4K PremierColor so you won’t have to buy a separate tool.

Dell boasts that the 27-inch 4K monitor is the first in its class to have a such a built-in measuring tool that is compatible with the CalMAN color calibration software (sold separately). The monitor itself supports various standard color spaces, including 100% Adobe RGB, 80% BT2020, and 98% DCI-P3. That last one is also the color gamut that is becoming more prevalent on smartphone screens, making the Dell monitor immediately apt for mobile content. 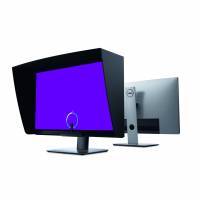 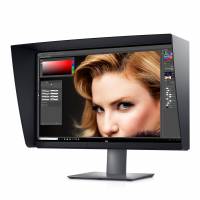 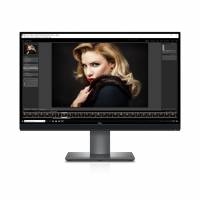 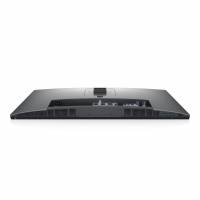 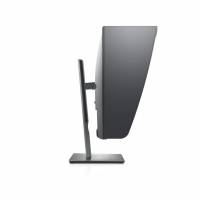 The monitor uses Thunderbolt 3 connectivity for maximum use and minimal cables. You can even daisy chain two of these monitors if you want. Considering the $2,000 price tag of one Dell UltraSharp 27 4K PremierColor Monitor, however, you might have second thoughts about immediately splurging on two at the same time.