Dell has officially unveiled the Streak Pro D43, a touchscreen smartphone for the Chinese market that runs the Baidu-Yi platform on specs that would please many an Android buyer. Fronted by a 4.3-inch 950 x 540 qHD Super AMOLED touchscreen and toting a 1.5GHz dual-core Qualcomm processor inside its vaguely Nexus-esque chassis, the Dell Streak Pro offers easy access to the well-used Baidu network of services in China.

Baidu-Yi was developed especially by Baidu for domestic Chinese smartphones, built on top of Android but replacing much of the original Google software with the network’s own alternatives. There’s Ting music, Baidu Maps instead of Google Maps, the Baidu Yue ereader, and – perhaps most importantly – Google search has been stripped out and replaced with Baidu search.

That adds up to a device that’s far more focused and suited to the sort of use Chinese customers might be intending, even though it’s not – in its current form at least – ready for primetime outside of the country. Still, slapping a regular version of Android onto the smartphone shouldn’t present Dell with too many difficulties.

The Dell Streak Pro will go on sale “soon” on China Unicom, pricing yet to be confirmed. 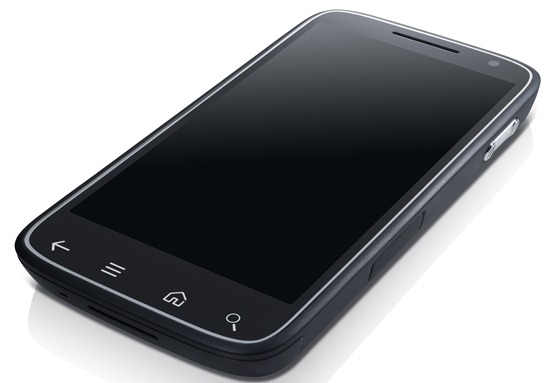