There has been a sudden rise in the popularity of video conferencing and remote meetings in the past months. There has also been a rise in work from home arrangements, many of which involve keeping a laptop stationary on a desktop with multiple peripherals connected to it. Dell thought it smart to capitalize on both use cases and hit two birds with one stone with the rather unusual concept of creating a multi-port adapter that also functions as a speakerphone.

At first glance, you might mistake Dell’s newest accessory for a smart speaker and you’d only be half wrong. It is a speaker, of course, but not one with smarts. It does have controls on its top to let you control a call from a UC (unified communication) platform like Zoom or Skype. Other than that, all the magic will happen on the computer it’s connected to.

The Dell Mobile Adapter Speakerphone doesn’t work on its own. You’ll have to connect it to a desktop or laptop using the USB-C cable that can be wrapped around its base when unused to keep it neat and tidy. The “Adapter” part comes from the other ports it provides to connect your laptop to an external monitor, keyboard, and mouse. Just in case you need to stay at your desk all day. 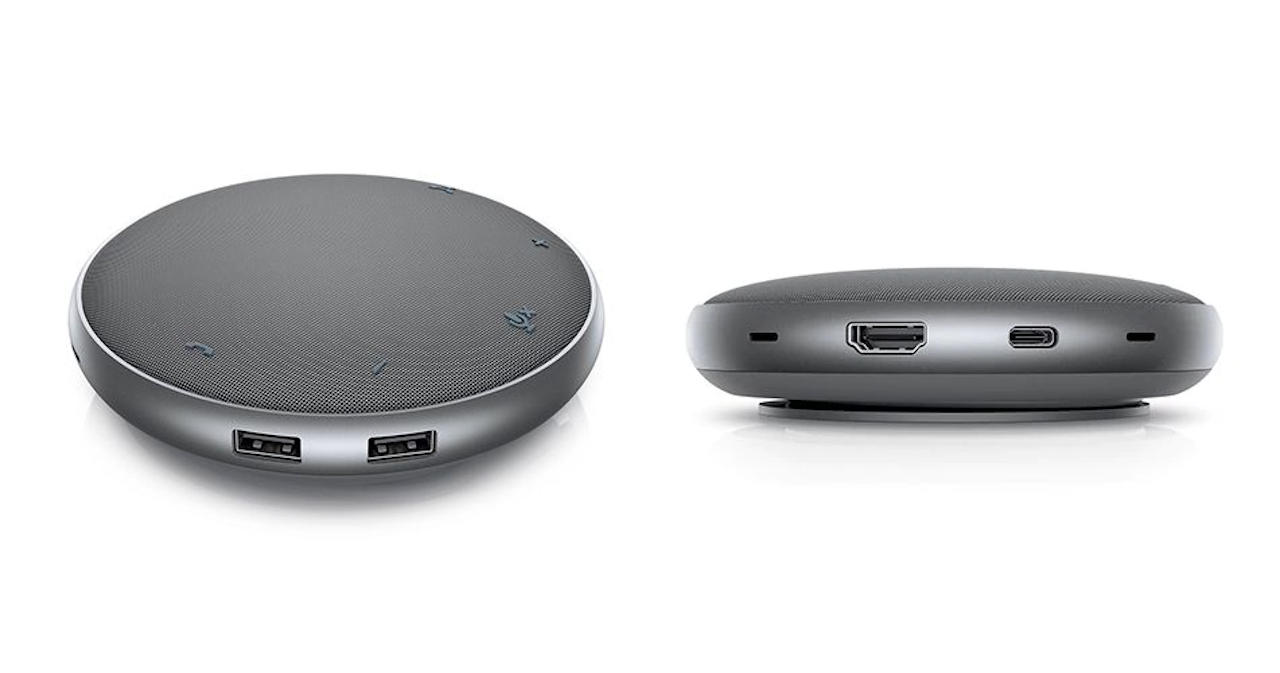 Dell promises that users can instantly use the speakerphone without having to download and install drivers. The catch is that its support for UC platforms isn’t all that complete. Only Zoom and Skype for Business have all the boxes checked. Others, like Google Meet, Microsoft Teams, and Slack, will simply be missing out on the ability to answer and end or reject calls directly from the speaker.

The Dell Mobile Adapter Speakerphone is now available for online purchase for a price of $199.99. Dell claims it to be a world’s first and it might also be the world’s only and last adapter speakerphone.