Dean Kamen doesn’t pull his punches. The creator of the Segway and the founder of FIRST – a charity that aims to make science, technology, engineering, and math (STEM) as enticing as sports and entertainment for young people across the world – has no time for gimmicks and refuses to allow “consumer fun” to distract him. I sat down with Kamen on the sidelines of the FIRST Robotics Championship 2014, to talk about the ways innovation has evolved, and why he thinks the current crop of wearables will go down in history alongside the hula-hoop.

Chris Davies: You’ve suggested that STEM suffered because we’ve embraced “a culture that created superstars” in sports and entertainment, but you could argue that the tech world has its own “superstars” in the shape of Apple, Google, and others. Something fairly controversial lately is the number of acquisitions those companies are making: buying up innovators and their technologies, so that a few big names end up controlling the bulk of the industry. Do you see this acquisitions culture as a problem – a sign of another tech bubble, perhaps? – or as something positive?

Dean Kamen: “I think that’s noise that you’re trying to attach something to; that’s orthogonal to it. Because if they come in and buy these companies, on the one hand it shows how valuable they are. And the technology will go even better and further because big companies are pouring more money into it. It’ll also suck those companies out of the way of other little startups that will have all the advantages that little startups always have, while it will give their technology to the big guys who have the advantage they always have, of bringing it to scale and putting it out there.”

“Either way, in the end the good technologies get appropriately valued and developed”

“It’s an ecosystem that says “little guys get big if the stuff is really good,” and they get big in one of two ways. They get big if nobody realizes how valuable they are, and is willing to pay for it, so they just grow organically from the bottom. Or, if they have something really good, and the big guys figure it out while they’re still small, they buy ’em because they can leverage bigness even faster.”

“Either way, in the end the good technologies get appropriately valued and developed. I think, whether the transaction happens while they’re small or large, isn’t of any consequence.”

“Having said that, you don’t want one of the big guys to block innovation by buying and sitting on things. But that’s always been a possibility. And that’s always something that I think we have to be careful about. But I think it’s the outliers, not the general rule, that technology is highly valued but people sit on it for nefarious reasons. I’m sure there’s examples of it; I don’t think it’s happening a lot.” 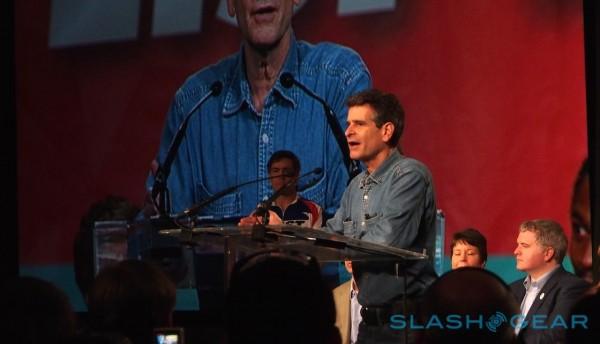 CD: You’ve been keen before to draw a distinction between invention and innovation, and the rates at which they develop. One of your more challenging arguments, perhaps, has been that while invention is still going on rapidly, innovation has actually slowed down. Do you think that’s still true these days?”

DK: “Especially these days, because invention is happening faster and faster. Processing is now virtually free. Memory, gigabytes for bucks, memory is free. Sensors, I mean HD cameras are 75 cents, and accelerometers and gyros are a buck or two.”

“And you sit there and say, if sensors are essentially free, and computational capacity is virtually free and low power, and memory is virtually free and low power, the invention that requires processing, or memory, or sensors, or software, is getting easier and easier, and cheaper and cheaper, with higher levels of development getting faster and faster.”

“But that doesn’t make innovation, it just says that we’re now at a point where, in certain classes of projects and products, you could almost at this point say “do anything you want with that technology”; that’s no longer the cost.” 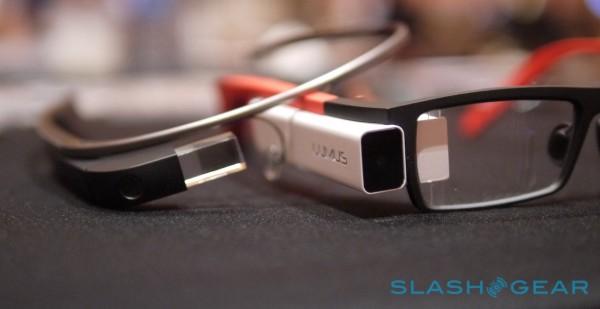 CD: “One the markets that has faced that sort of question in particular over the past 18-24 months – and is still to answer it, really – is wearable technology. There’s still a lot of uncertainty over whether things like Google Glass will ever break into the mainstream. What do you think wearables need to do in order to achieve that?”

DK: “I think wearable technology, making it acceptable, has more to do with what’s the cost and what’s the benefit. There’s a lot of gadgets that are fun, but I’m not sure that in the long-run they’ll be a whole lot different to hula-hoops and pet rocks. Fun.”

“There’s a lot of gadgets that are fun, but I’m not sure that in the long-run they’ll be a whole lot different to hula-hoops and pet rocks”

“But the real issue with wearable technology is finding technologies that, when you wear them, have meaningful, real value. There are certain medical opportunities, they’ve been under development for a long time.

But they’re also a lot harder to bring out quickly because of the regulatory environment; because the risk of the device failing isn’t “oops, I’ll try again tomorrow, here’s your $29 back.””

“Real-time cardiac monitoring, real-time brain and seizure monitoring, real-time monitoring even of glucose and delivery of medicine. There are loads of technologies that, if they could be made simple and reliable, they would be very valuable if you could make them wearable, but so far there aren’t that many examples of that which work.”

CD: “All of the things you’ve just described, you could argue that none of them are really “sexy” technology. At least, not in the way that wearables like Glass and smartwatches are positioned.”

DK: “I’m not a good one to ask about that, because I’ve spent my life building what I think are critical and important projects, not consumer fun. Y’know, I build artificial organs, and prosthetic devices, and insulin pumps, and stents.”

“So, I’m not a really good judge at that other stuff, because frankly – and perhaps that’s why I do what I do – I don’t have time to waste to do silly stuff. Life is too short for that.”

“It’s easier to do that stuff, and it’s totally appropriate to put that stuff out there even if it only works most of the time. But there’s a huge difference between making a product that probably can be made pretty cheaply and work most of the time, and making a piece of life-support equipment that has to work all the time, or somebody is in trouble. And that’s the stuff I work on.” 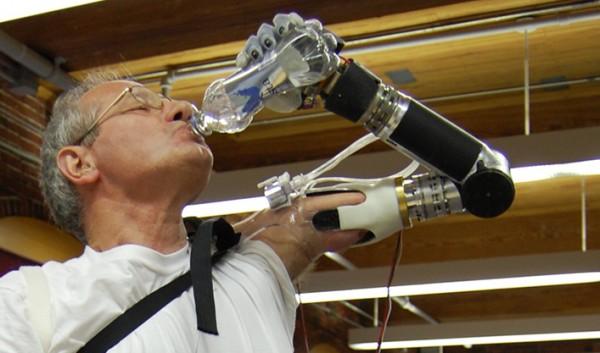 CD: “One of those projects that could make a huge difference to people is the DEKA Arm, the robotic limb which you nicknamed “Luke” after Star Wars character Luke Skywalker. Whereabouts is that project up to today?”

DK: “We have about twenty-five of them on people right now, and they love them. We’re very excited about them. We’re waiting, we’re expecting to hear very soon from the FDA that they’ve been approved and we’ll be able to put them on pretty much all the people that need them.”

CD: “When that approval happens, what sort of barrier to access do you envisage encountering? How many of those people who could use the DEKA Arm will actually get one?”

DK: “That’s a tough question, because our reimbursement system – at least in the United States – is very complicated.”

“Probably all veterans will easily have it. Some people with particularly good insurance will probably have it. And as you come down the line from there, some people, sadly… the ability to access it will be limited by finance and public health policy. It’s something we’re always trying to push, but it’s not my area of expertise.”

CD: “In the past, when there have been issues with the established methods, we’ve seen some tech companies try to disrupt segments – like banking, or the cellphone industry – by taking on the traditional players themselves. Is that something you’ve considered in healthcare?”

DK: “We typically don’t want to market, distribute, sell any product. We license it to the big guys that know how to do that efficiently. We pretty much stay out of that aspect; we’ll just help them on regulatory issues.”

CD: “This is my first FIRST event, actually. I find myself incredibly jealous that it wasn’t around when I was younger.”

DK: “The mark of success for FIRST is that I meet so many true, honest, hardcore geeks now – whether they’re eighty and they were on the team that put the first man in orbit, or whatever, or 25 and just started – to meet geeks and they spontaneously say “if this was around when I was in school, it would’ve changed my life.”

“Y’know, for real geeks to say how great this is, it’s a very high compliment.”

For more on the FIRST Championship 2014, check out our behind-the-scenes report