Take a quick peek at this newest last-ditch effort to get you to spend money on Deadpool 2. It’s a plastic box with four different fancy disks inside it. One each for each of the most important characters other than Domino inside it. Because Domino was lucky enough to avoid getting her face plastered on a disk some poor goofball went out and bought from 20th Century Fox – lucky her!

There’s so much freaking content here it’s unbearable. There’s FOUR different formats for this movie, plus a disk specifically dedicated to extra features and stuff. Look at all of these disks. One’s got a Wade face, another’s got a Cable face. Another’s got a Colossus face, and the last one has a pretty unicorn! 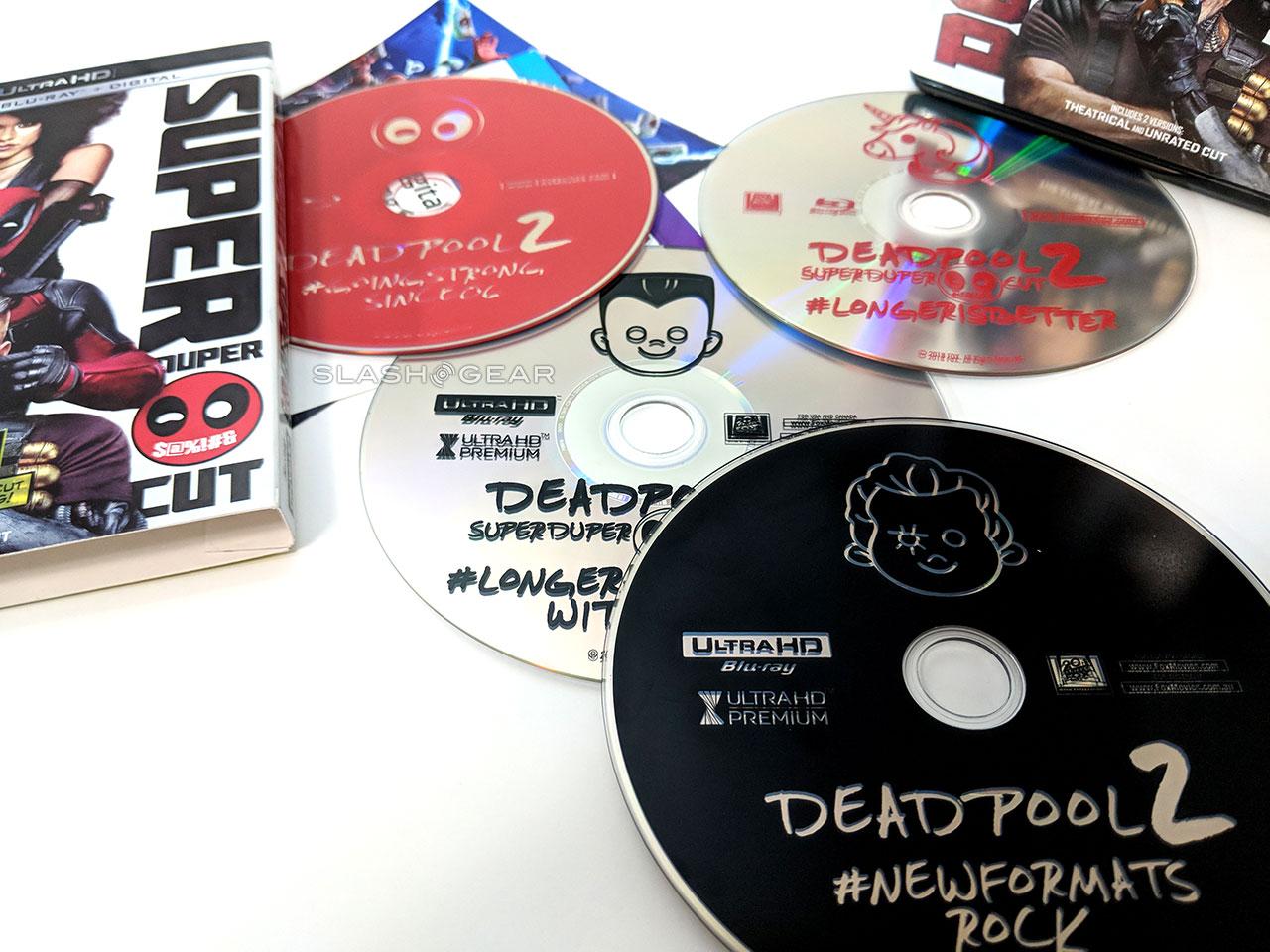 If there’s one thing this entire situation’s got going for it, it’s that the spirit of the modern-day version of Deadpool runs deep. There’s a unicorn on this disk. Did you notice the unicorn? Because Deadpool is a big fan of pretty unicorns. 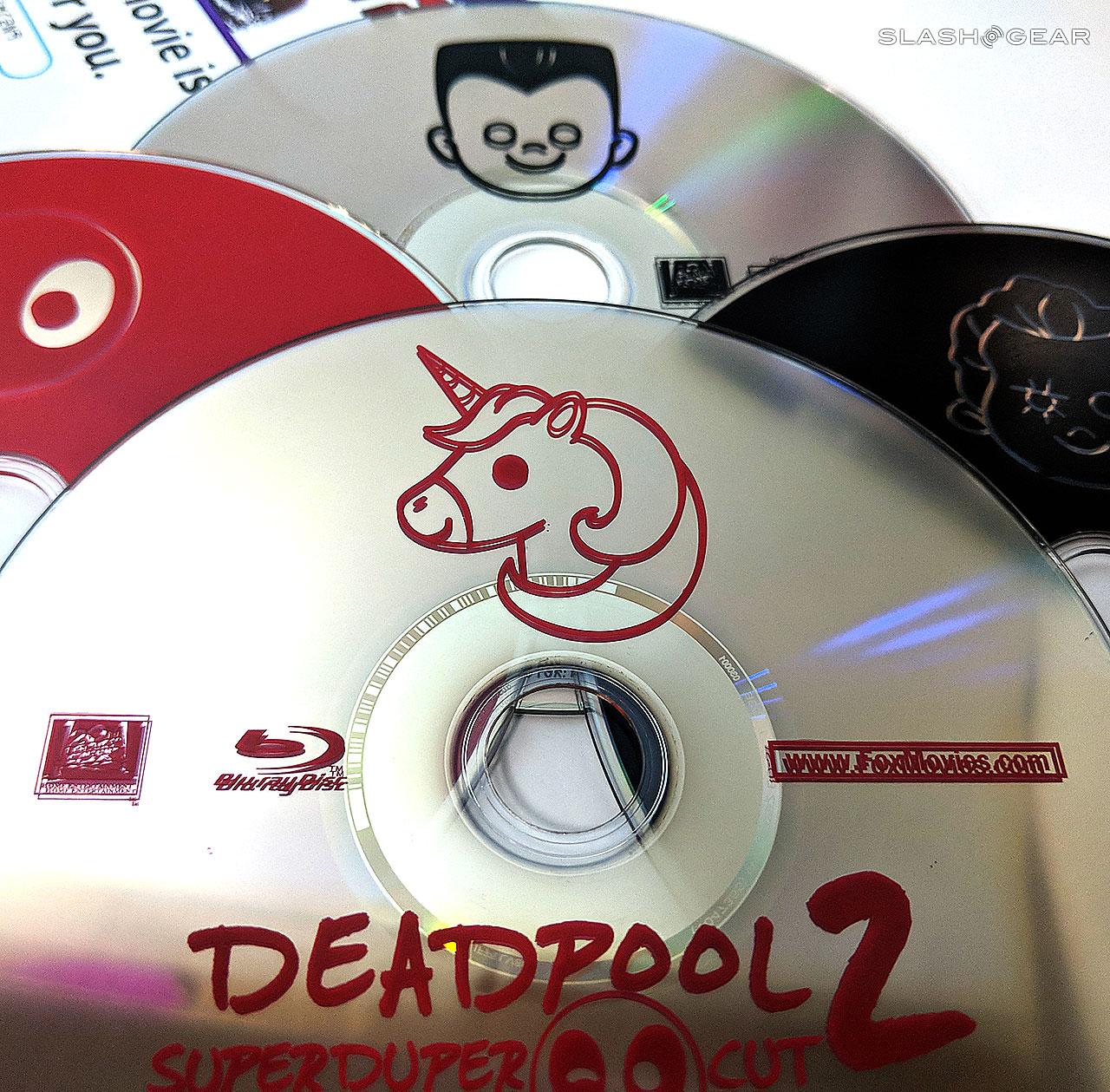 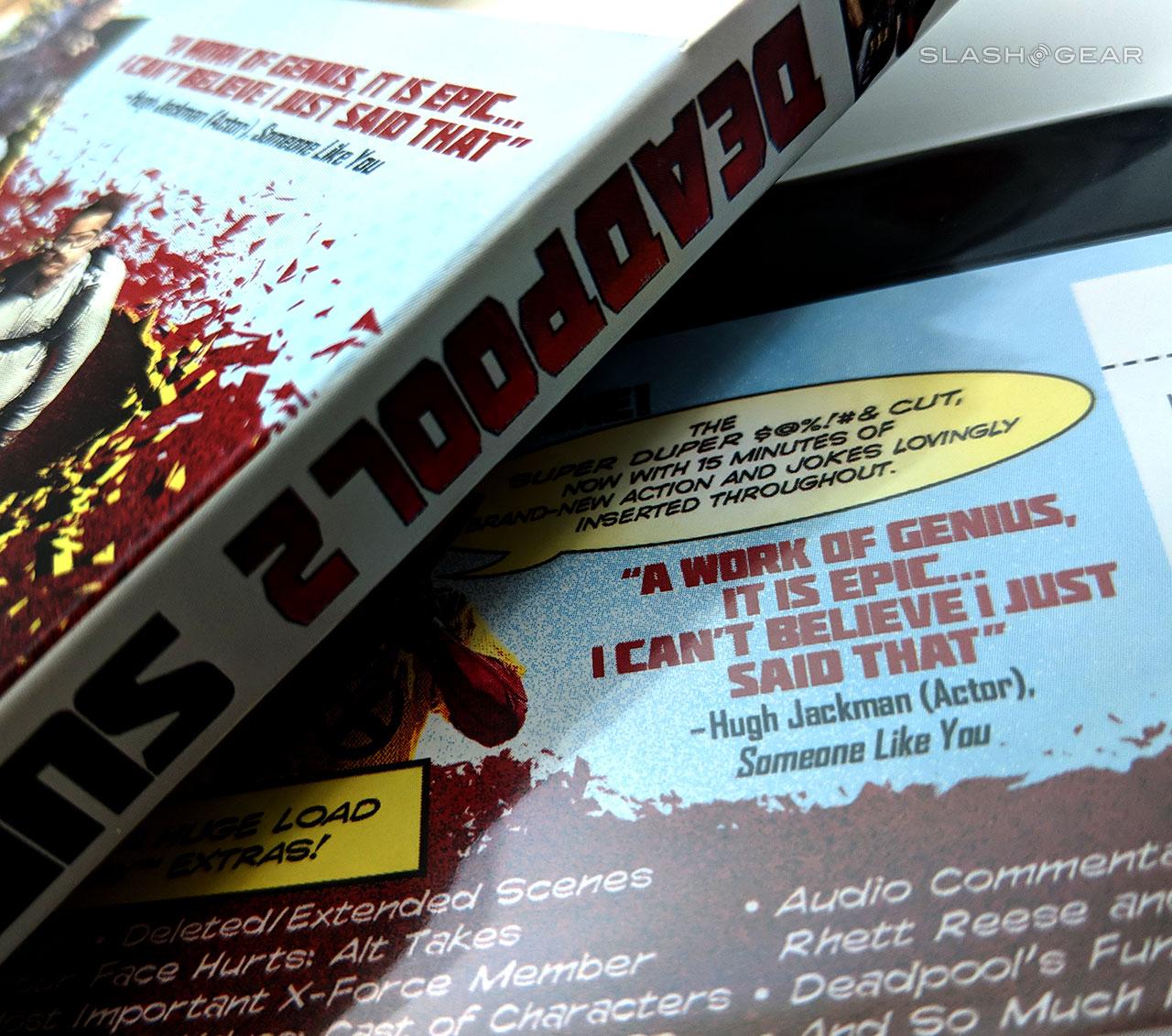 The theatrical version of the film – if you can find it in here – has an audio commentary track by Ryan Reynolds, David Leitch, Rhett Rheese, and Paul Wernick. Who are all of those guys? It doesn’t even really matter, honestly. You’re going to listen to them talk regardless.

This version of the film includes a Digital Code for the movie to get the film on Movies Anywhere. Just like your ancestors did when they bought their film reels, right? Back in my day, we bought a video tape, and we liked it! We didn’t get one box with four disks and a requirement for a 4K Ultra HD TV with High Dynamic Range and an Ultra HD Blu-Ray Player to boot. All we needed was a VCR!

This DVD, Blu-ray, etc, is the 4K edition. You’ll see SUPER DUPER $@%!#& CUT on the box, but it’s kind of a trick, because there really isn’t any “standard” version unless you’re just buying it digital or on DVD-only. If you’re going to buy the thing over on Amazon, you’ll find it under “Deadpool 2” – the “Super Duper” etc stuff won’t be in the title.

The movie in 4K is going to cost you anywhere between $25 (used, somehow?!), and $45 USD. You’ll find it discounted to $28 if you’ve got Amazon Prime, probably. Any way you roll with it, you’re going to get special features aplenty. Unless you steal it – but that’s wrong!

Above you’ll see the trailer for this Blu-ray version. Below you’ll find a super neato clip included with this version of the movie. There’s so much stuff in here, you’ll regret having taken part!

Also, there are other editions of the movie out there, but they’ve all got stuff you could get FAR better versions of elsewhere. Don’t be a goofball – buy the movie this way, buy the comics separate. Don’t pay the premium for a little doodad when you could get far MORE doodads by buying the doodads separate from the movie. Don’t say I didn’t warn you!