A company called Daymak from Canada kicked off a crowdfunding campaign in March of this year to build the Spiritus electric three-wheel vehicle. The company’s proposal proved appealing to many, with 25,000 preorders on the books. The company has completed its first prototype Spiritus.

Production versions of the vehicle will have a vast price range starting at around $20,000 but going up to the six-figure range for a version promising hypercar performance. The Spiritus prototype is currently undergoing testing and development. It measures 152 inches long and has enough room inside for two people.

Daymak believes the vehicle be extremely fast, clocking a 0 to 60 mph time faster than the Tesla Model S Plaid, which is extremely fast. The prototype has the shape the company showed off in renderings of the past. Overall, it’s a very attractive vehicle with tail lamp housings that remind a bit of the Ford GT.

One of the coolest features of the car is the butterfly doors. Currently, the company expects to offer a version with a 180-mile electric driving range for just under $20,000. The next step up the range comes with a massive price increase to the tune of $149,000. 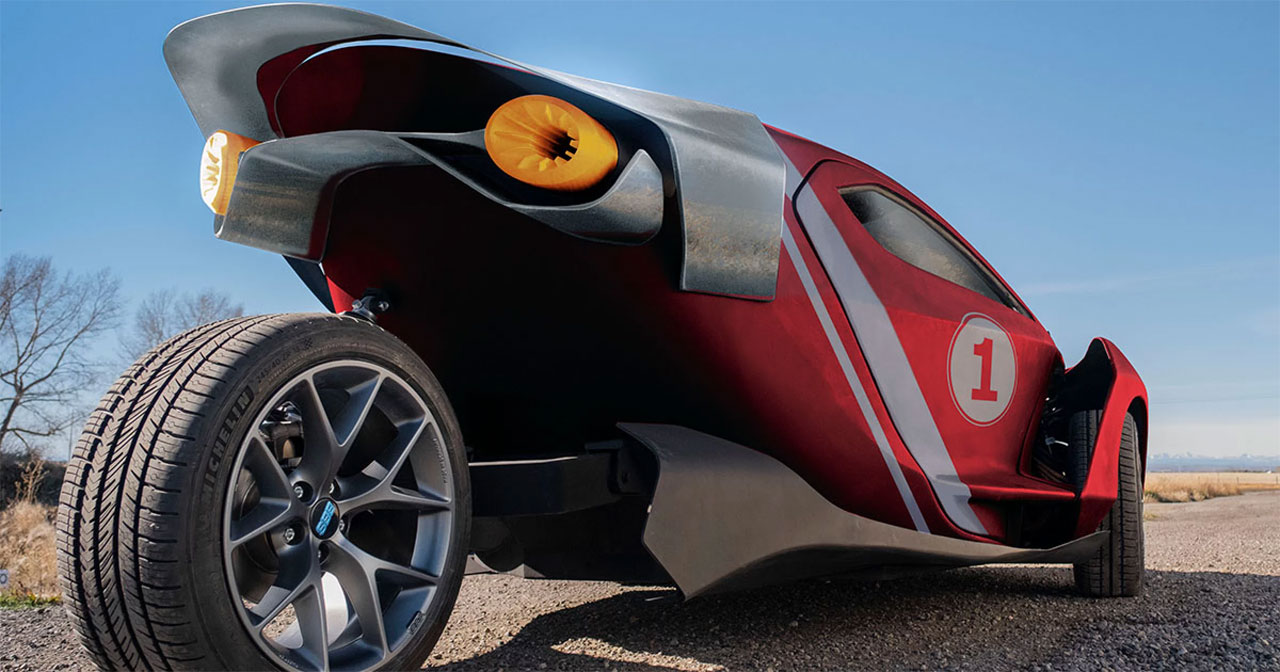 That version will be built carbon fiber and known as the Ultimate edition. It promises a 0-60 mph time of 1.8 seconds and a 300-mile driving range. However, one of the strangest features of the car is a promise that when not being driven, the car will be able to use the Daymak Nebula suite to mine cryptocurrency, including Bitcoin and Dogecoin. The reason for that feature is to allow owners to pay for tolls, parking, and drive-through orders on-the-fly using cryptocurrency.