The game Dash Race is just about the most unique racing game you’re going to find on any platform – and I say that having played my fair share. What you’ll do in this iPhone-based pencil and grid racing game is draw lines from one square to the next, each player taking turns to see who can best the other in their mathematically calculated set of turns and straightaways. This game is derived from a game that you may have played while wasting time between classes in high school – in this case you won’t have to do any of the calculating yourself (unless of course you want to.)

As you advance through the grid, you’ll find that your ability to move to different squares changes based on what move you made last. If you head straight through several of your moves, you may find yourself crashing into a wall because you don’t have the ability to gain a great enough turn radius. If you don’t advance enough squares by moving as far from your current space to the next, your opponents may out-race you.

And your opponents can block your moves as well. Any player can potentially figure out where their opponent is going to land next by checking the amount of squares and direction they last moved. Blocking an opponent is as simple as moving into the selection of points your opponent was bound to head into next. Once you’ve mastered the art of blocking, you’ll be good to go to win almost any race. 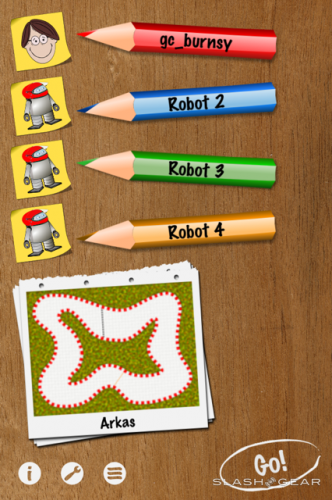 This game is out on the iTunes App Store right this second for a grand total of $0.99, and its worth every penny. You can play against a robot, against an opponent you’ve got sitting next to you by switching your phone back and forth between one another, opponents on a wi-fi network, and opponents through the web on Game Center. It’s fun stuff! 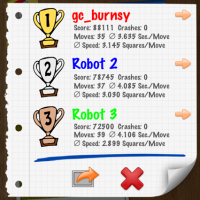 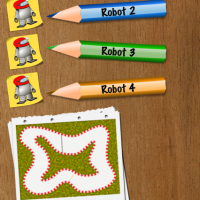 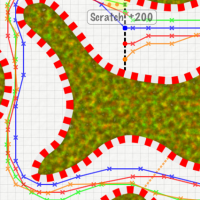