As the next generation in computing springs forth, so too does the robots world – and with it, replacements for human beings in dangerous situations. What the DARPA Virtual Robotics Challenge this year is doing is filtering out challengers from across the globe – first from 100 entrants, then down to 26 entrants, then down to a select few or only one team that’ll gain the highest prize.

The goal of this program is to develop a robots capable of working with commands for complex- ground-based tasks for “dangerous, degraded, human-engineered environments.” The competitive nature of the program allows for an engaging setup for both those involved in creating these robots and this technology and for those that would otherwise not find interest in a program that, from its outward appearance, seems a bit more complicated than your average fun and engaging robot-based news release. 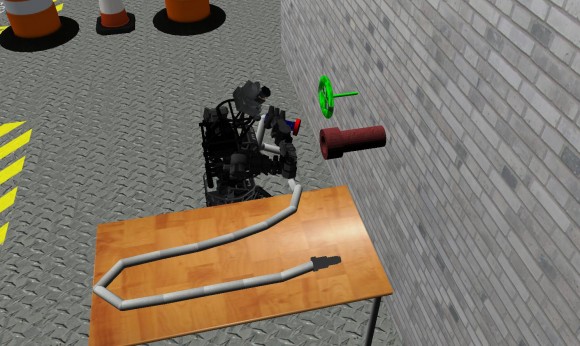 The images you’re seeing here are Example VRC images from the DARPA Simulator. Here you’re seeing one of what will be a wide variety of solutions for the future of robotics, specifically those aimed at replicating human abilities in situations where humans would otherwise be subject to dangerous surroundings. DARPA hopes to take the best of the best in today’s robotics-friendly scientists and put them to the task of finally, at long last, bringing a next-generation “Rosie” to a much more real place.

Below you’ll see Nate from OSRF (Open Source Robotics Foundation) speak about the preliminary challenge for this project.

While the contest itself was supposed to bring 6 teams to this round, greatness shone through, and 9 (and you’ll find soon, 7 in the end) appear here in this cut-down.

Winners will receive a cash prize as well as – believe it or not – a real human-sized (life-sized, that is) humanoid robot to compete in the next round of the challenge. This machine is an Atlas robot, having been created by Boston Dynamics and based on the company’s Petman platform. 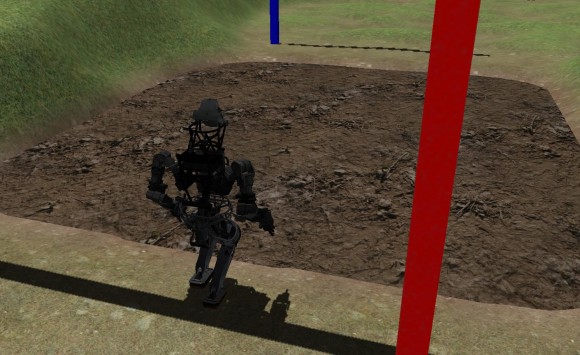 The finals for this DARPA Robotics Challenge (DRC) will be coming up in December of 2014. While the government brought on prize funding for a total of six teams, one of the current (9) teams JPL has announced that they’re giving some of their funding and their Atlas robot to the Lockheed Matin team – friendly of them, isn’t it? The rest of the funding will be going to a team newly formed to make a merger of Team K and Case Western: this team known as HKU.

HKU will be using a donated robot as well, this time from Hong Kong University, participating in the December finals as well. The final round will therefor be featuring seven teams.