Back in early 2014, DARPA issued grants for the development of stealthy military motorcycles, with the idea being that silent motorcycles will be an efficient and fast way to get soldiers across difficult or long stretches of ground. Now, more than two years later, the first two prototypes created for that project have been unveiled with dark dirt bike-like designs.

The two prototypes were recently showcased at the Special Operations Forces Industry Conference in Tampa, with one being LSA Autonomy’s Nightmare and the other being Logos’ Silent Hawk. Both models have gone on to phase two under DARPA’s program, and though they look like ordinary dirt bikes with a matte black paint job, they’re far more capable. 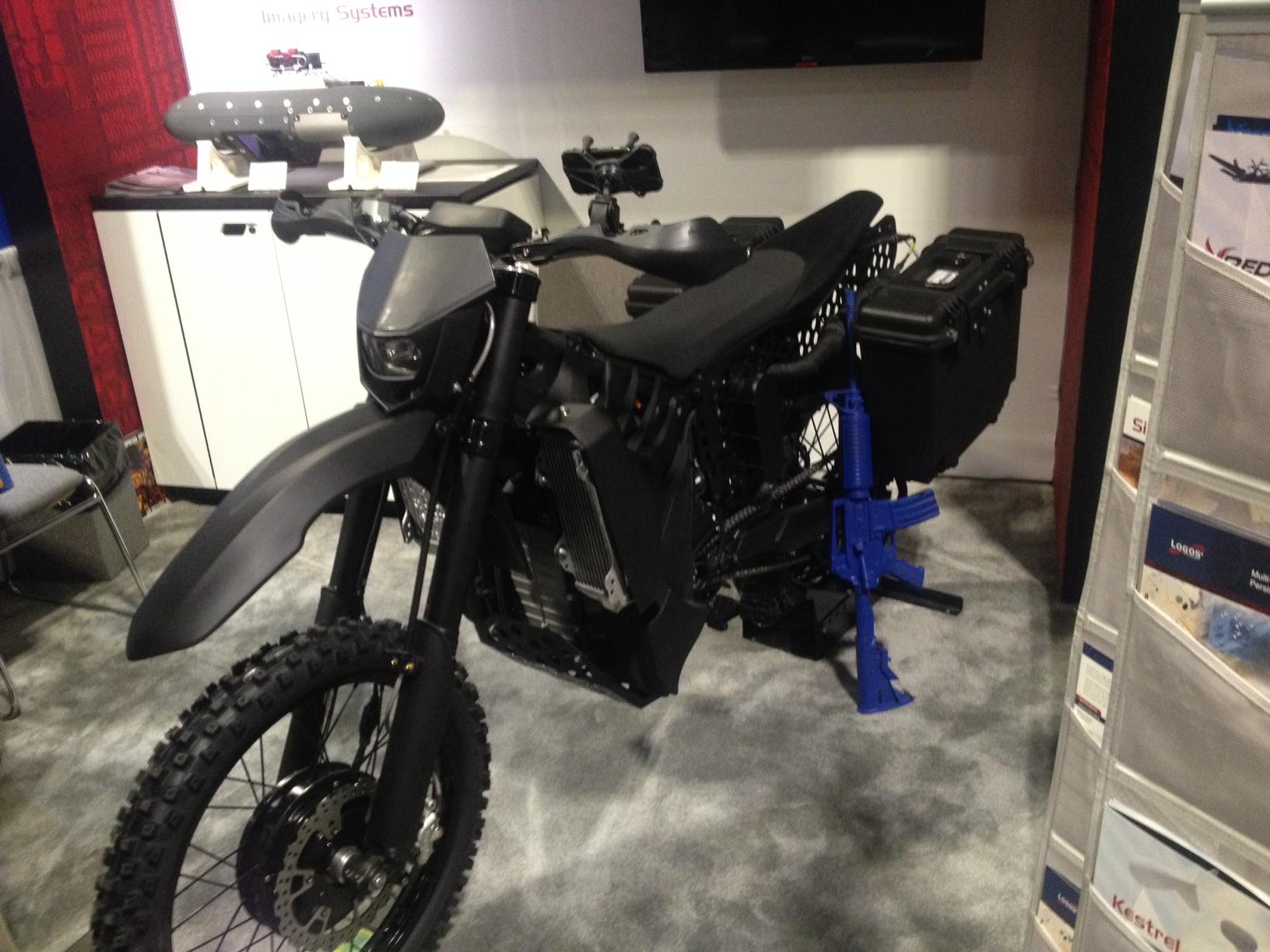 Most notably, both bikes are designed to run on a whole range of fuels and power sources so that military members in remote locations can use what’s available, even if it’s not ideal. As well, the bikes have a so-called “Stealth mode” that uses an electric motor and lithium-ion battery to operate silently.

Nightmare is the biggest of the two, weighing in at 400lbs versus the Silent Hawk’s 350lbs, while the Nightmare generates more energy and has great horsepower. Either one can be used as a generator in a pinch, though, for powering other devices. These aren’t finalized models yet, and they could be fitted with different features in later models…perhaps even self-driving capabilities, the makers’ have teased.