Dark side of the Pluto captured by New Horizons

Today NASA reveals an image of Pluto that captures the night side of the dwarf planet. Unlike our own moon, the dark side of Pluto isn’t quite such a prevailing “mystery” as it rotates. We’ve essentially seem at least blurry images of all parts of Pluto. This image captures the dwarf planet’s atmosphere. From the side of the spherical space body that’s facing away from the sun at the time of image capture, this photo was taken after NASA’s New Horizons mission had already completed its closest pass.

The image you see above and below was captured seven hours after New Horizons’ closest approach to Pluto. This image shows Pluto’s atmosphere as it escapes the grasp of the little gravity Pluto inflicts. Photography here comes courtesy of the New Horizons mission Long Range Reconnaissance Imager (LORRI) instrument.

“The hazes detected in this image are a key element in creating the complex hydrocarbon compounds that give Pluto’s surface its reddish hue,” said Michael Summers, one of several New Horizons co-investigator from George Mason University, Fairfax, Virginia. 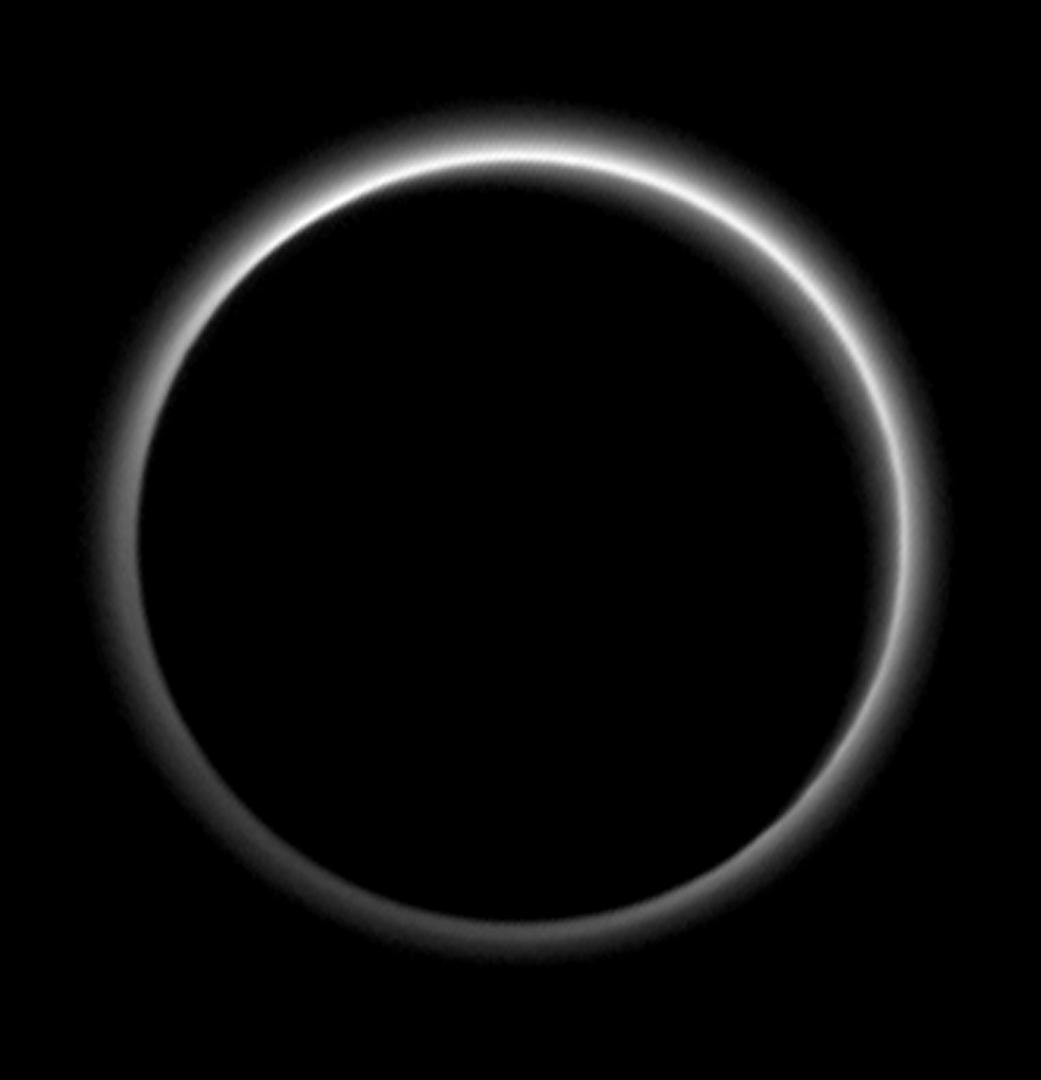 With hazes detected up to 80 miles (130 kilometers) above the surface of Pluto while scientists previously thought temperatures would be too warm for hazes above 20 miles, Summers added, “we’re going to need some new ideas to figure out what’s going on.”

Below you’ll find a presentation by NASA showing the contents of the haze above Pluto. This isn’t a purple haze, but one far more reddish in hue.

Hit the timeline below for more Pluto imagery and information, and stick around our New Horizons tag portal through the future for all sorts of neat data from NASA!