Today a briefing was held at Europe’s CERN laboratory which had experiment chief Samuel Ting of MIT announcing what may be the first official detection of dark matter. Ting is a Nobel-prize winning physicist and made it clear that though “more statistics” are going to be needed to be entirely certain of the results, theses findings are the most compelling evidence of dark matter yet.

Dark matter particles are what science loosely defines as invisible space-filling matter. This matter outweighs normal matter (what we’re all made of) and is suggested to exist based on astronomers observations of gravitational tugs on galaxies. To detect the existence of dark matter, a lovely Alpha Magnetic Spectrometer detector was installed aboard the International Space Station approximately two years ago. 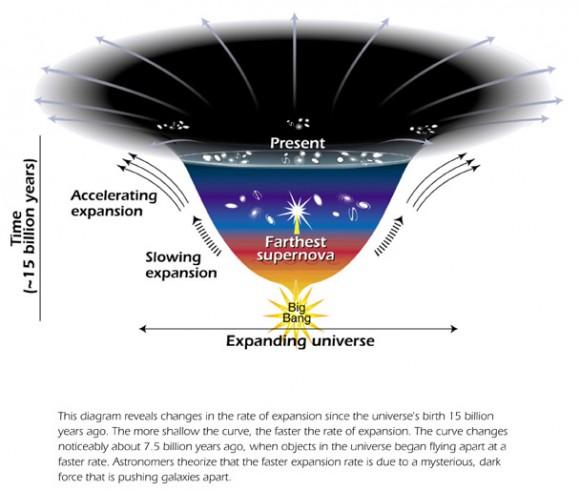 [image above via HubbleSite]

Unfortunately as this is indeed a scientific experiment, we won’t have enough certainty of the results to say, without a scientific doubt, that dark matter has been detected without further tests. According to Ting, over the next two decades the experiment should – if everything goes smoothly – produce enough data that we’ll be able to say for sure whether or not they’ve actually found dark matter.