Daihatsu Copen roadster dresses up like a Nissan GT-R

The gang over at Liberty Walk in Japan has turned their hand to the tiny little Japanese two-door kei convertible known as the Daihatsu Copen. The Daihatsu isn’t exactly known for raw speed but is known for its very impressive handling. Liberty Walk wanted to up the Copen’s style and give it a touch of Nissan GT-R.

It rather looks like a small child dressing up like his father. The vehicle is one of the smallest cars that Liberty Walk is ever worked on. Nearly every panel on the Daihatsu was reworked or modified to make it look like Nissan’s supercar.

The front bumper looks enough like a knockoff of the GT-R that we expect Nissan’s legal team to come knocking. Other features include fender flares that are riveted on, a vented hood, a rear bumper that looks very Nissan, and a quad-exhaust setup. The little droptop also has a massive rear wing.

Considering that the little car has only 63 horsepower from a three-cylinder engine, we wonder if all the extra body cladding and wide wing on the back will actually hurt the car’s performance. One surprise considering that Liberty Walk components typically run well over $10,000 is the price for converting your Daihatsu Copen into a tiny little GT-R. 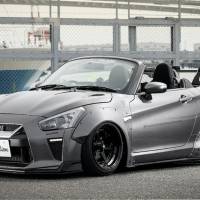 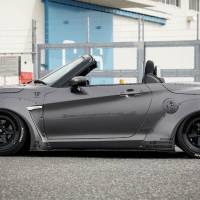 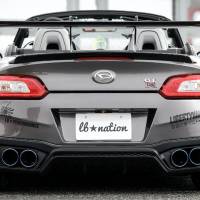 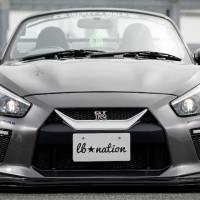 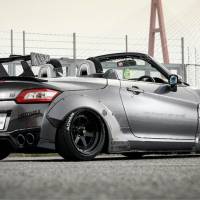 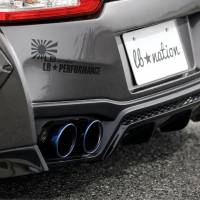 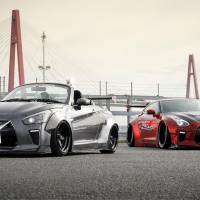 Japanese fans who owned the base vehicle can get the conversion kit for the equivalent of $3992 after taxes. We assume that the price doesn’t count paint, only the body components, and installation. We hope somebody buys one and takes it for drives in the Japanese mountains where the car made its name for handling. The conversion is a bit over-the-top, but it’s cool.