Anyone who has spent the day riding a motorcycle knows that often there comes a time when you just have to get off the motorcycle and walk around. A Chinese company called Da Vinci Dynamics has revealed a new electric motorcycle called the DC100. The motorcycle is a high-performance electric street bike promising 250 miles of riding range per charge.

Other than performance and a long driving range, one of the coolest aspects of the electric motorcycle is the ability to self-balance and follow the rider around. That means if you get off to walk a bit after a long ride, your motorcycle can follow along behind you like an obedient dog. Da Vinci claims the motorcycle makes 135 horsepower and has a control system that integrates multiple motors.

Peak torque is 627 pound-foot, according to the press release. That is a gargantuan amount of torque for a motorcycle and practically guarantees the bike will be a wheelie machine. In fact, that much torque would be rather difficult for most people to ride. The DC100 can reportedly reach 100 km/h in the 3 to 4-second range. 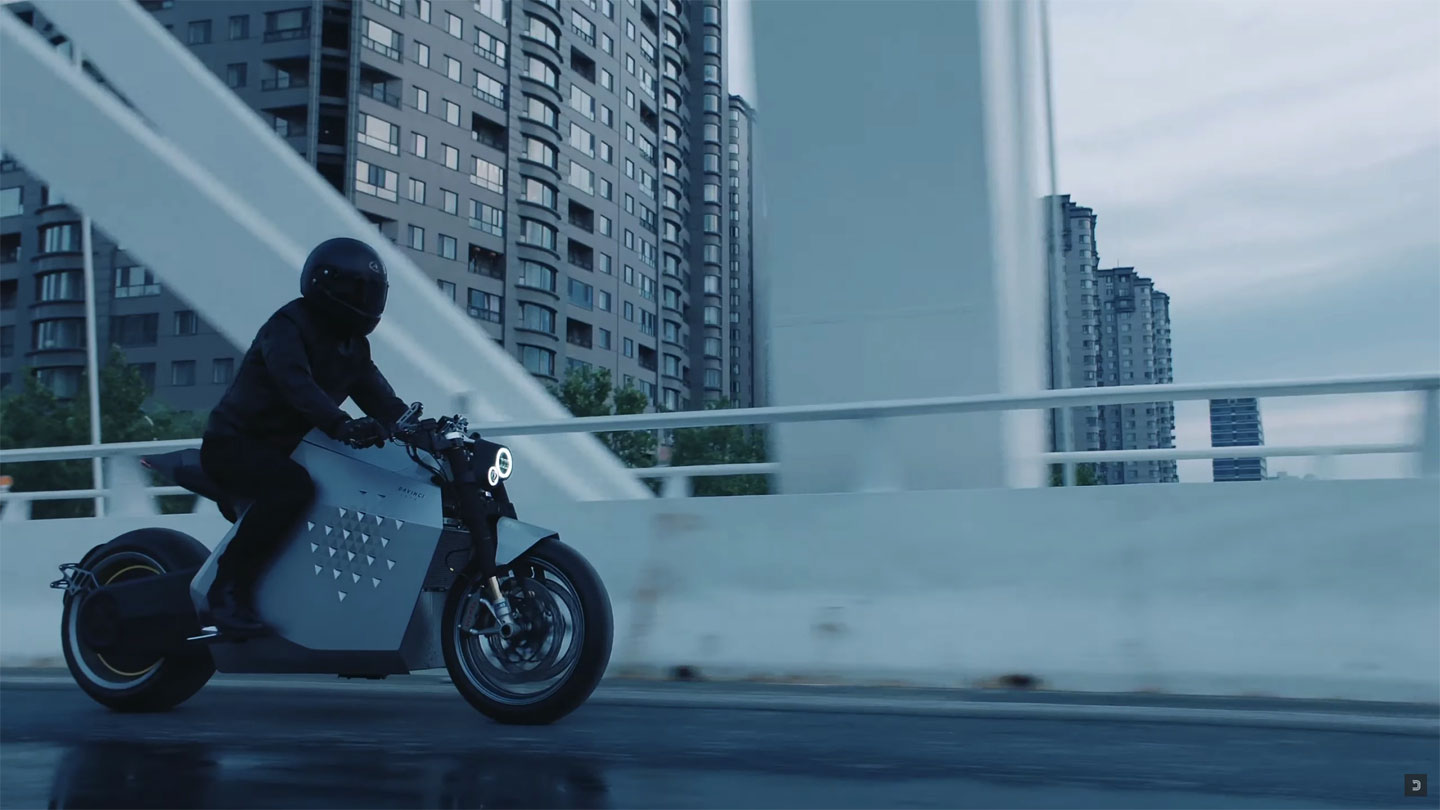 That performance promise is rather strange because that much horsepower and torque in something so light should presumably mean much better performance. The performance mystery could be chalked up to difficulty keeping the front wheel down during acceleration, leaving much of the power unused. It’s worth noting that there is a bit of salt needed with the claimed 250-mile driving range.