A new curved sensor camera developed by Microsoft Research may well help deliver the biggest step forward in smartphone photography in years. The system, dubbed Project Vermont, relies on a specially manufactured concave camera sensor that “can dramatically improve” resolution, light-gathering, and uniformity of illumination. Indeed, it could legitimately offer DSLR-style performance from a smartphone-scale sensor.

Project Vermont is based on some common knowledge about field curvature. Since lenses don’t focus on a plane, images captured by a flat camera sensor aren’t consistently in-focus across the whole frame. In an ideal world, the sensor itself would be curved in tandem with the effects of field curvature.

That may be straightforward in theory, but actually bending a fragile camera sensor is easier said than done. The Microsoft Research team – made up of Brian Guenter, Neel Joshi, and Richard Stoakley, among others – set out to cook up a new system all the way back in 2012, and it’s details of that which have been published now.

The most important development is a new pneumatic forming process. Combining forming-mold design, pressure membrane elastic properties, and controlled friction forces, the team found it could gradually contract the shaping die at the corners using pressure and a flexible membrane, and thus push the sensor into a spherical shape. Sliding the die into a concave target shape proved successful in delivering three times the spherical curvature of previous systems attempting to make curved sensors. 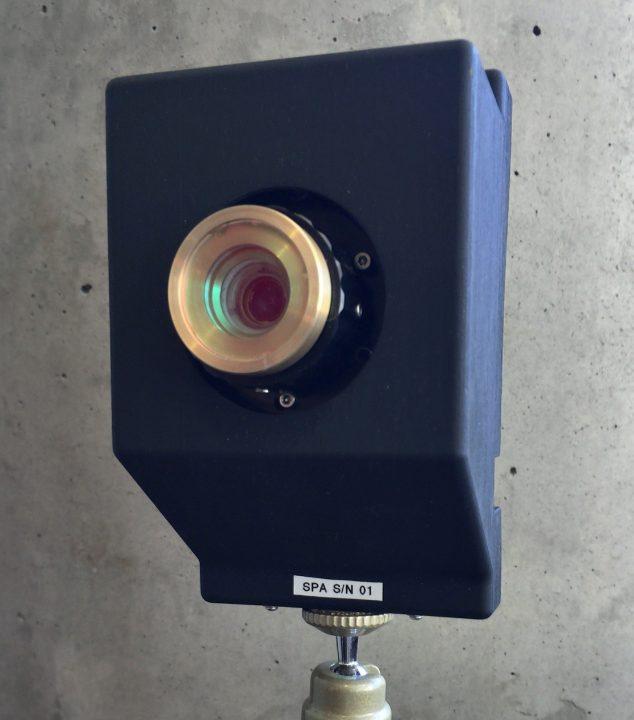 Project Vermont’s latest prototype, the team says, uses a cellphone-sized sensor, but is capable of “significantly” outperforming “a Canon 1Ds DSLR in both sharpness and uniformity of illumination”. Indeed, it’s said to be sharper than any known commercially available camera which shares the same field-of-view and lens speed. Importantly, the production technique uses regular, commercially produced CMOS sensors.

It’s not just still photography that might benefit. The researchers also see the technique as potentially being used to make sensors for video cameras, computer vision systems, autonomous vehicle sensor arrays, and even reconnaissance systems.

Still, we’re still some way from this research to an actual production sensor built using Project Vermont’s new technique. Exactly how much of an improvement can be seen comes down to more than curved CMOS, too, and will depend on other variables like the focal lens of the lens. However, the team says it’s currently working with third-parties to explore how conventional camera systems could benefit from the curved sensors, while additional research and engineering goes into making curved smartphone sensors practical.