NASA says its Curiosity rover just wrapped up a relatively long trip on Mars, this resulting in its odometer turning over the 12-mile mark. The rover is now located at the Red Planet’s Lake Orcadie, a site where NASA previously attempted to drill into grey rock. The space agency anticipates successful results this time around thanks to newly identified drill sites and an improved drilling process.

NASA’s Mars team previously attempted to get rock samples using Curiosity’s drill at sites called Lake Orcadie and Lake Orcadie 2. The rover’s instrument failed to get adequate samples both times due to an inability to penetrate far enough into the bedrock. More than 240 sols (Mars days) have passed since those attempts, though, and researchers have had time to improve the drilling process.

In addition, NASA says its scientists have identified a trio of new potential drill sites where a sample may be successfully harvested. The rover’s Dust Removal Tool was used to scratch the bedrock in potential sites, enabling researchers to see where the surface is softer. 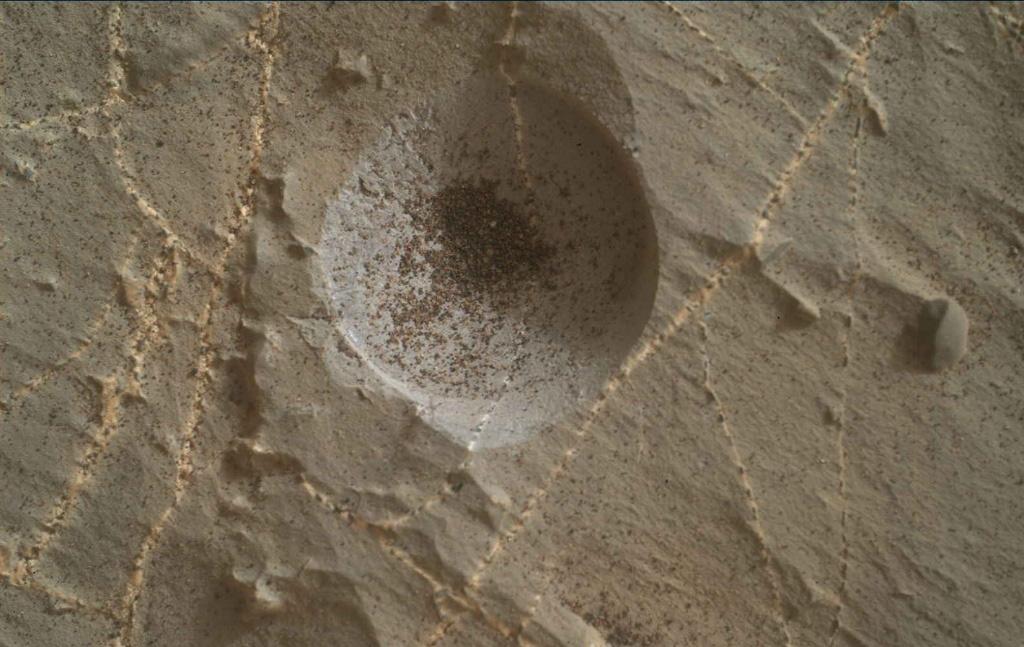 The space agency says Curiosity made a 20 meter / 65ft trip to the potential site today. Overall, NASA states the rover traveled about 197ft over the past weekend, this being the longest distance it has crossed since September’s memory anomaly issue. NASA’s team had switched the rover to a computer dubbed “Side-A” on October 3 to get around the problem.

NASA declares that its Curiosity rover is “back to business” and that the next drilling event will take place some time later this week. That doesn’t mean the rover’s team is ignoring the Side-B computer issue, though; the space agency says they’ll continue to work on diagnosing the problem.

The Curiosity team explained on the NASA Mars website that they spent today focusing on getting the rover to the correct spot for the drill. The scientists require images of the areas captured by Curiosity to ensure past drilling debris has blown away. The experts need to wrap up a final confirmation analyses on the potential bedrock site to determine whether drilling on it will take place before next weekend.

Though Curiosity is back to work on its own mission, NASA’s older Opportunity rover remains silent following Mars’ global dust storm. Though the storm started abating several weeks back, the space agency has been unable to make contact with its second rover, which entered a low-power mode during the worst part of the storm.

Heavy dust clouds had blotted out the Sun, leaving Opportunity rover unable to recharge its batteries using solar power. The rover was designed to deal with a situation like this, but NASA previously warned that an unforeseen issue may have taken the rover out for good.

NASA isn’t ready to give up on Opportunity, however, and says it will wait and see whether Mars’ upcoming windy season will blow dust off the rover’s solar panels. Assuming dust is preventing the batteries from recharging, the windy season may be key to restoring the rover to a full-power state. If contact isn’t made in coming months, NASA will reassess the rover’s situation in January 2019 and issue an update at that time.