NASA has just reached another breakthrough in its exploration of Mars’ landscape and history. Barely two weeks after revealing their findings and theories about the Gale Crater, the scientists are now announcing that the Mars Rover has found two things: a tenfold spike in methane gas as well as organic molecules in rock-powder drilled by the robot. These two organic materials could help in learning more about Mars and its history as well as helping predict its viability as a habitat in the future.

The presence of these organic materials do not necessarily mean there was organic life on Mars, so don’t go jumping up and down yet spreading word about the discovery of aliens. These elements could have very well been produced by chemical reactions that have nothing to do with life at all, at least not organic life. Still, their presence and their age can give valuable insight into Mars’ past. 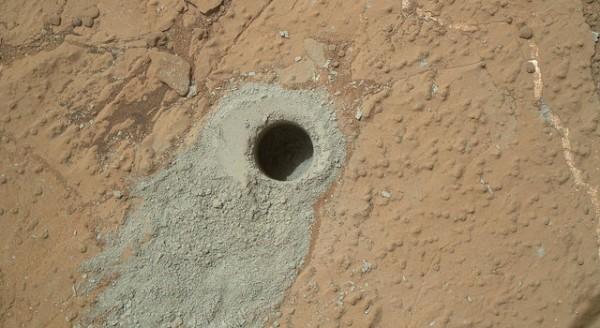 Presence of high ratios of methane gas were observed to have happened quite randomly during the 20-month period that the Rover was set to sniff out the gas. In two months, the robot recorded four times an average measurement of four parts per billion of methane. In contrast, regular measurements only reach to about a tenth of that number. These spikes hint that there might be a local source nearby. Whether or not that source is organic remains to be discovered.

Curiosity discovered something else: organic molecules. These molecules are usually made up of carbon, hydrogen, and oxygen. The so called building blocks of life. Again, they do not necessarily mean signs of organic life, though they could very well be. It’s a bit too early to conclude that yet. The discovery is still notable in many ways, one of which is that it is first samples that have been determined to be truly Martian. Other samples were discovered to have either been transported to earth by the rover itself or from meteorites crashing into Mars. 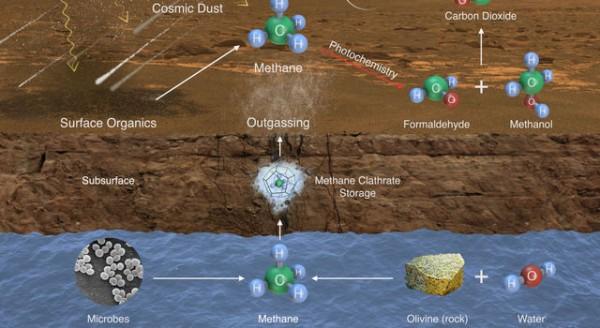 So what do these discoveries mean in the end? Even if they cannot yet confirm the existence of organic life on Mars in the past, they can shed some light on how the surface of Mars changed over millions and billions of years. For example, analysis of water trapped in rocks have led scientists to theorize that Mars lost massive amounts of water even before that particular rock was formed. These insights could also give us a clue on the chemical activity on Mars today and whether the red planet will be able to sustain life.