Common cold cured (or so it would seem)

Researchers just published a paper describing a synthetic molecule that prevents the spread of the common cold. This lab-created molecule blocks the fatty-acid attachment required for proliferation of the cold. Roberto Solari and Edward Tate at Imperial College London, UK and a whole bunch of other researchers made this discovery a reality.

This stuff starts with the rhinovirus. That’s the viral infectious agent that’s most common in human beings. It’s the reason we get the cold, and it spreads through your nose. The word rhinovirus comes from Greek and Latin words for Nose Virus. Rhinovirus proliferates in the temperatures most common for human beings’ noses: between 33–35 °C (91–95 °F). 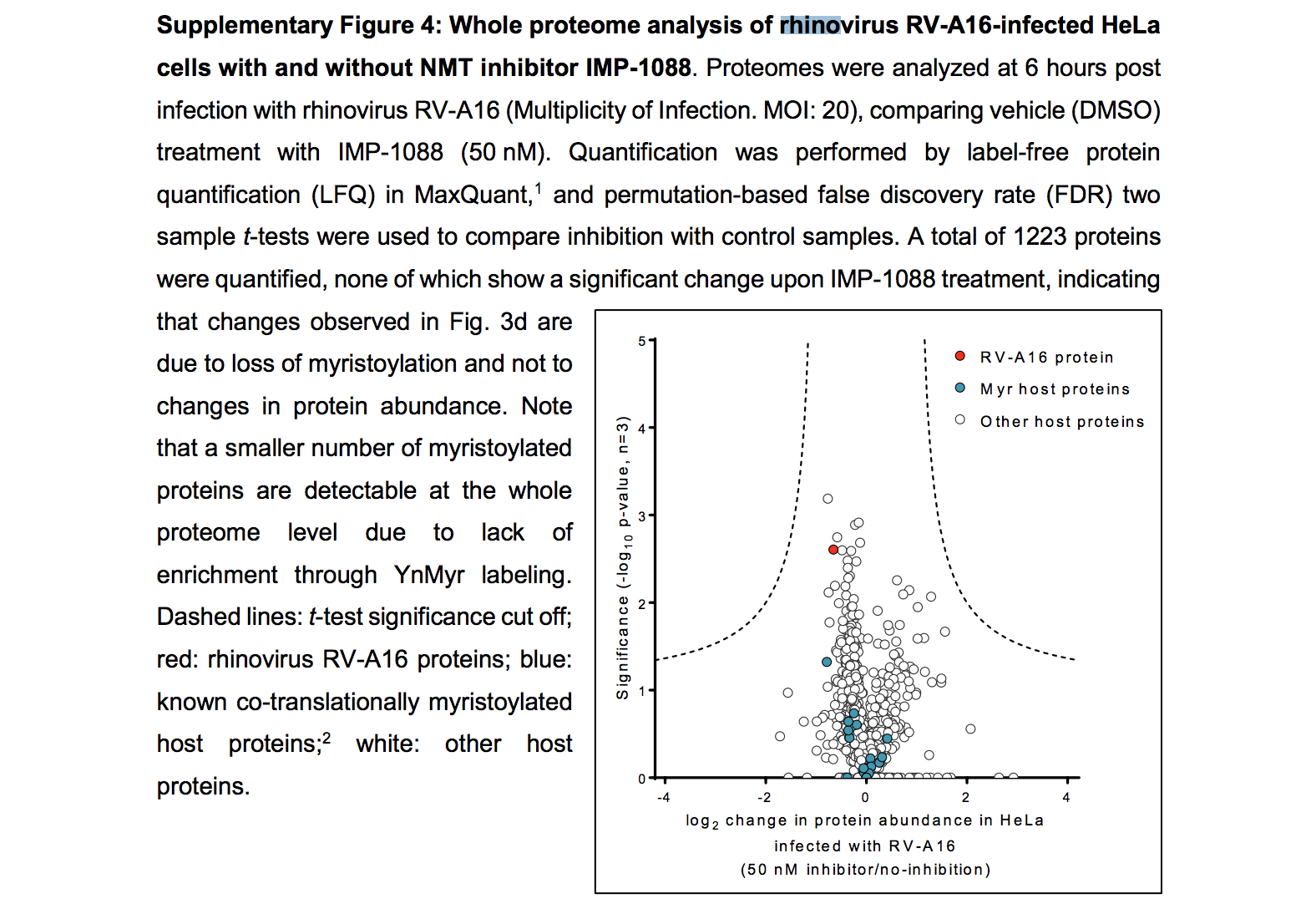 The report published for the first time this week reports the discovery of IMP-1088. That’s a picomolar dual inhibitor that affects human N-myristoyltransferases NMT1 and NMT2. They’ve used this molecule to initiate the pharmacological inhibition of host-cell N-myristoylation. Importance of this inhibition comes at the next step, as inhibition of NMT “rapidly and completely prevents rhinoviral replication without inducing cytotoxicity.” Then the cold can no longer spread.

Further, this same molecule was able to “block a key step in viral capsid assembly, to deliver a low nanomolar antiviral activity against multiple RV strains, poliovirus, and foot-and-mouth disease virus.” This molecule was also able to protect cells against “virus-induced killing.”

This molecule doesn’t cure ALL versions of the common cold – but it’s a real good start. If it does indeed get proven enough times – and in all the required conditions – it’ll eventually make it’s way to live medicine for consumers. It might come first for the cold, but if it does what it says it does, there’s no reason why it might not lead to the axing of additional viruses of many sorts.

In short: Cross your fingers – your kids’ kids might never have to worry about getting sick from another kid because they played on the same playground. Wouldn’t that be super duper?